Click here to see the Most Popular Vehicles for Each Generation report for 2021.

Open practically any book, newspaper or website, and it’s likely you’ll see mention of Millennials—a generation that is the subject of seemingly endless speculation about consumer preferences and habits.

The constant attention given to this cohort of 83 million Americans prompted the insurance comparison website Insurify to wonder which vehicles Millennials are most likely to drive.

According to the U.S. Census Bureau, the generation dubbed “Millennials” includes anyone born between the years of 1982 and 2000. Thus, in 2018, Millennials can range in age from 18 to 36. The Millennial generation is predicted to surpass the Baby Boomers in size by the end of 2019, which would make Millennials the largest living generational group at that point.

So what does the generation that came of age during the Internet Revolution and entered the workforce at the height of the Great Recession like to drive? Insurify’s data scientists crunched the numbers and produced a list of the top ten vehicles driven by Millennials. While other studies have been done on Millennial automotive purchase habits, the fact is that many members of this generation are still driving a parent’s car, so purchase data does not tell the whole story—this list offers a comprehensive account of which vehicles are most likely to contain a Millennial driver.

The 10 Most Popular Vehicles for Millennials

1. Honda Accord - Percentage of Millenials Driving: 3.87%

Insurify allows users to compare auto insurance quotes based on driving history, vehicle type, and other personal data. The rankings in this article are based on a set of 672 thousand automobile insurance shopper applications that included a member of the millennial generation. The ages of each individual named on a policy, and the vehicle they drove, was recorded, delivering unique insight into the vehicles most likely to be driven by Millennials. MSRP information is based on entry-level trim price for current model year, as reported by the vehicle manufacturers’ websites. Data is current as of April 2018. 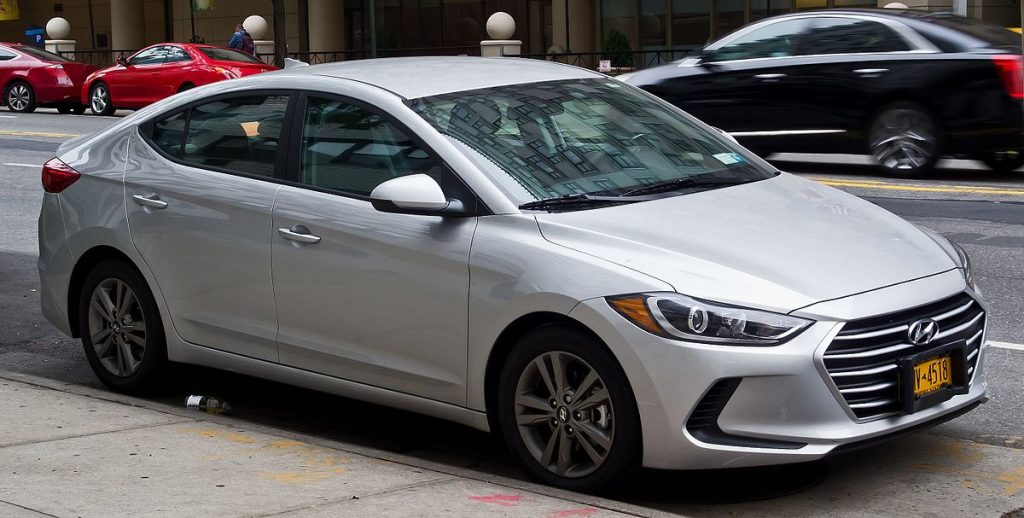 The only Hyundai to appear on this list, the Elantra achieved the #10 spot with just over 1.5% of Millennials behind the wheel of this model. And it’s not just Millennials who like the Elantra: this car was the 20th top-selling vehicle of 2017, according to C ar and Driver. The Elantra is the cheapest model on the list, making it an economical option. It’s also a 2018 Top Safety Pick+ with the Insurance Institute for Highway Safety (IIHS)—an impressive performance given the model’s low sticker price. 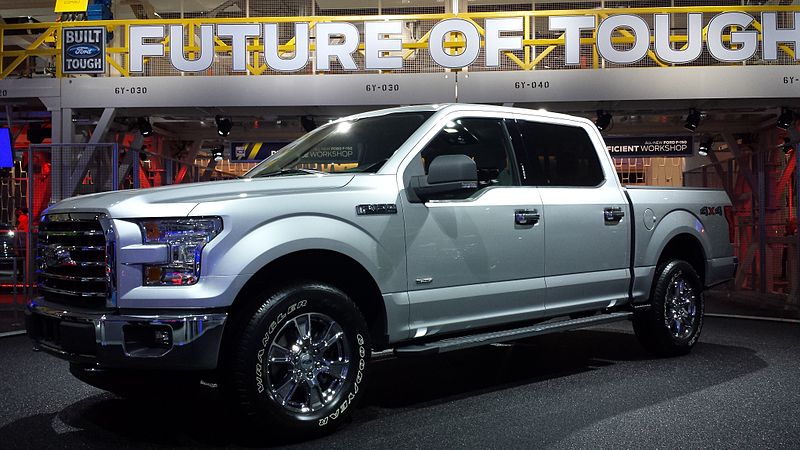 As of 2017, the Ford F-Series has been the top-selling vehicle in the U.S. for 36 straight years and the top-selling pickup truck for 41 years. Thus, it’s no surprise to see it show up on this list. It’s also the oldest model on the list in terms of how long it has been sold in the U.S. And with a Top Safety Pick rating by the IIHS, this vehicle is a sound option from a safety standpoint. On the other hand, the F-Series is also one of the most expensive vehicles on this list. If you want to drive this truck, expect to pay for the privilege.

Millennials appear to be doing their part for the model’s popularity, with nearly 2% of the generation choosing to drive a Focus. The model’s decent 25/34 MPG and low price (the second-lowest on this list) make it an economical option, especially as a starter car. Though technically a domestic vehicle, starting with the 2019 model this car will no longer be made in the USA. 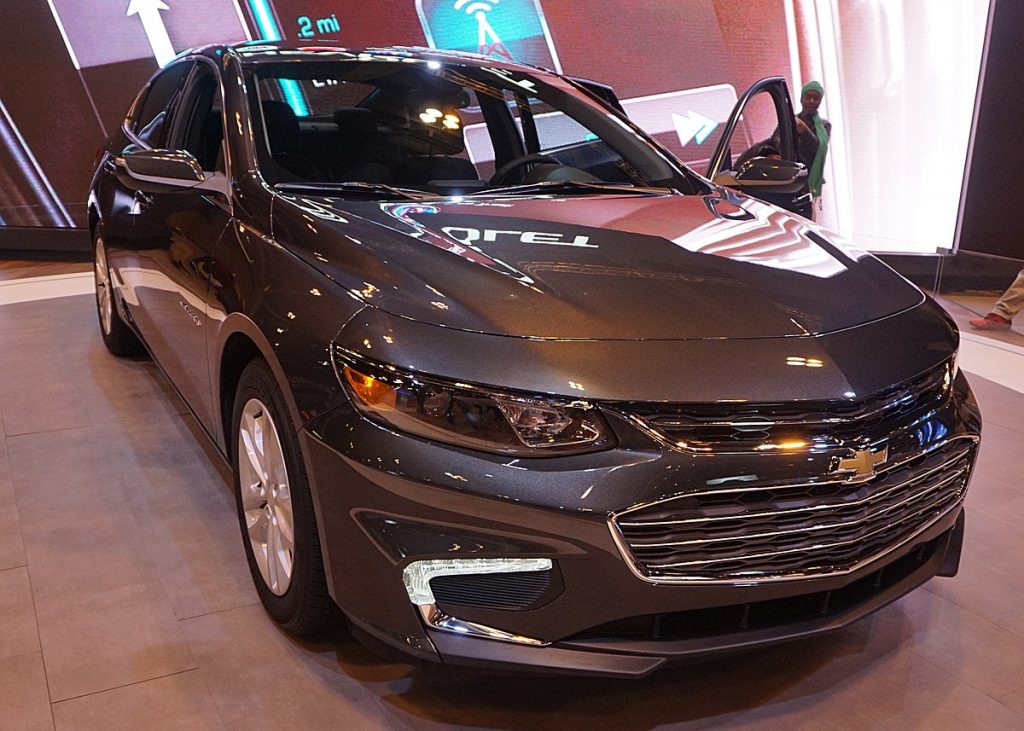 The Chevy Malibu enjoys Top Safety Pick status with the IIHS, and is a Car and Driver Editors’ Choice. It is also the longest-produced non-truck model on this list, so Chevrolet has had plenty of time to get it just right. This vehicle comes with a hybrid option for the environmentally-conscious, but it hasn’t proven a popular option with car buyers. As a result, GM plans to roll out a brand-new hybrid system for 2019. 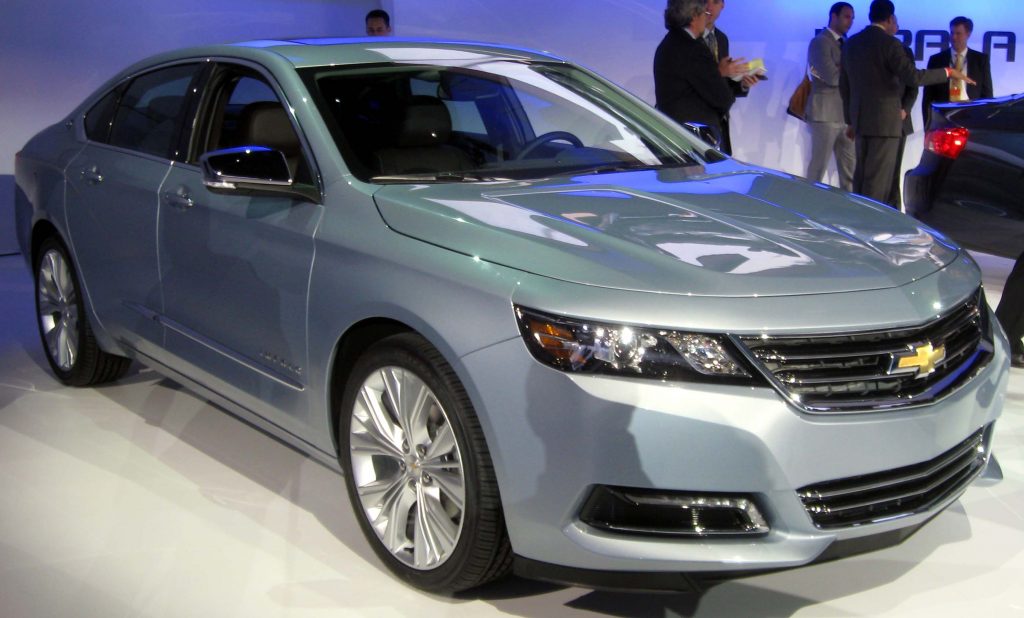 The second Chevrolet model to make this list, the Impala is the choice of just over 2% of Millennial drivers. It’s lauded by several automotive reviewers, including U.S. News & World Report. On the other hand, the Impala has the most expensive base MSRP on this list and suffers from a relatively low 22/30 MPG.

Let Insurify guide you through the best auto insurance companies in the country. Is your insurance carrier in the top 10? 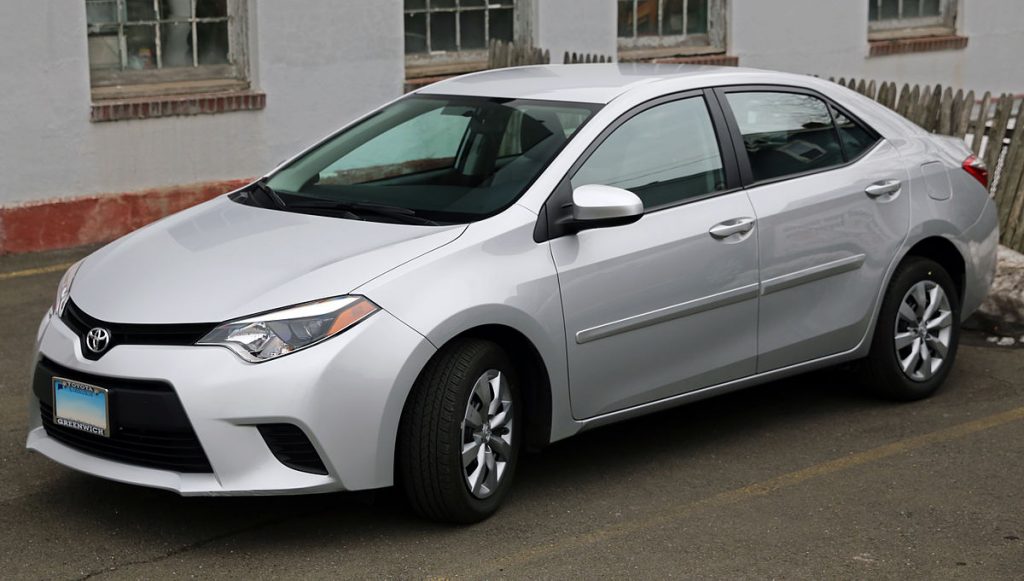 The Toyota Corolla is the vehicle of choice for nearly 3% of Millennials. What’s more, Car and Driver lists the Corolla as ninth on its list of top-selling vehicles for 2017. The model has a competitive 28/36 MPG and is an IIHS Top Safety Pick. Toyota has extensively redesigned the hatchback version of the Corolla for 2019, including a brand-new platform, engine, and transmission. 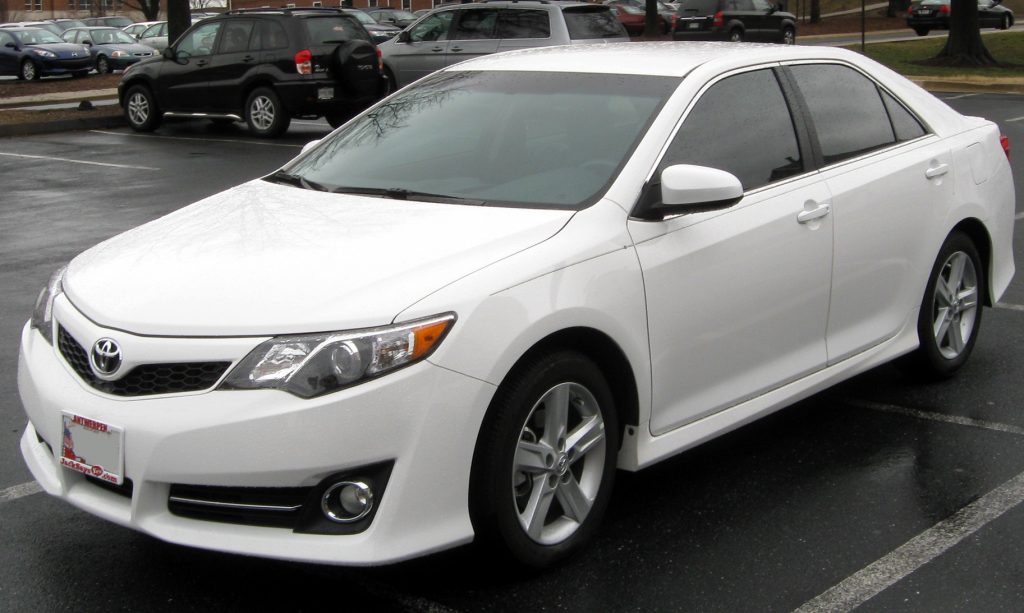 According to Car and Driver, the Toyota Camry was for a long time the top-selling non-truck in the U.S., although in 2017 it dropped down to sixth on the magazine’s top-selling vehicles list (which still makes it the best-selling sedan in the U.S.). It’s the #1 midsize car with U.S. News & World Report and has an IIHS Top Safety Pick+ status. Additionally, the model’s excellent 29/41 MPG means its drivers will be spending less at the pump.

Check out our top tips and tricks to earn car insurance discounts based on your driving history. 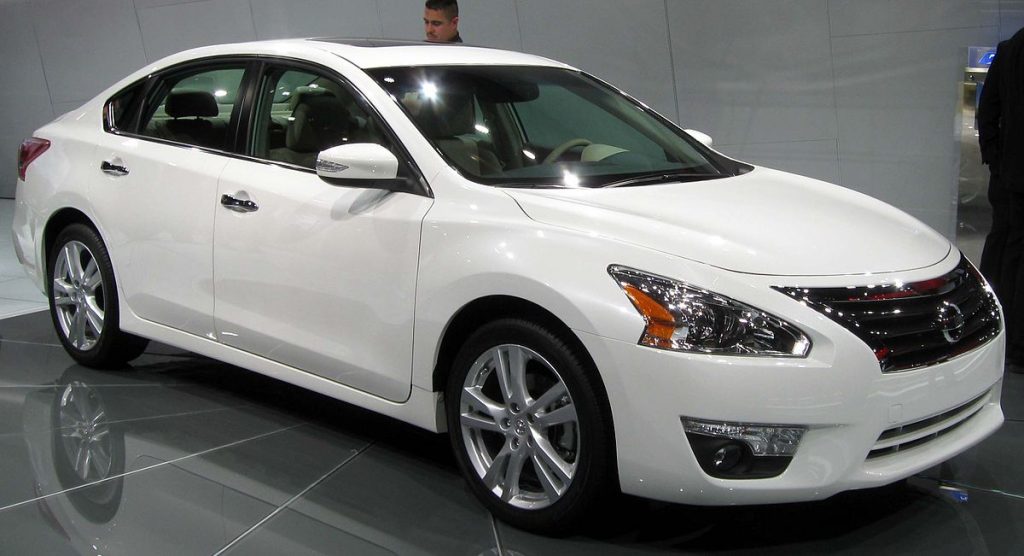 The Nissan Altima ranked 13th on Car and Driver’s top-selling vehicles in 2017. The model’s Top Safety Pick status with the IIHS and 27/38 MPG make it a solid choice for drivers seeking a practical sedan option. Nissan will be updating the 2019 Altima with a number of tech upgrades, including an all-wheel-drive option. 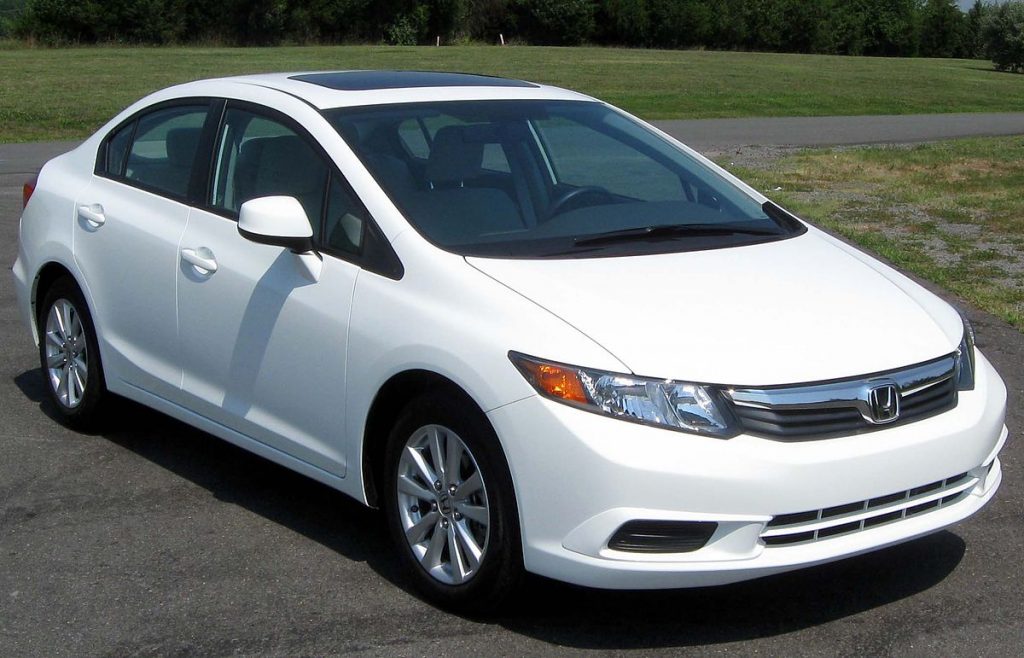 The Civic missed the top spot on this list by just a fraction of a percent. This model is popular with the critics, including U.S. News & World Report and Car and Driver (who gave the Civic a five-star rating and Editors’ Choice status). The Civic comes in sedan, hatchback, and coupe variants, making it appealing to a wide-range of drivers. Not surprisingly, it was the second-best selling car on Car and Driver’s 2017 list and the eighth best-selling vehicle overall.

Insurance comparison shopping doesn’t have to be a nightmare – check out these sites for the best home quotes for your family. 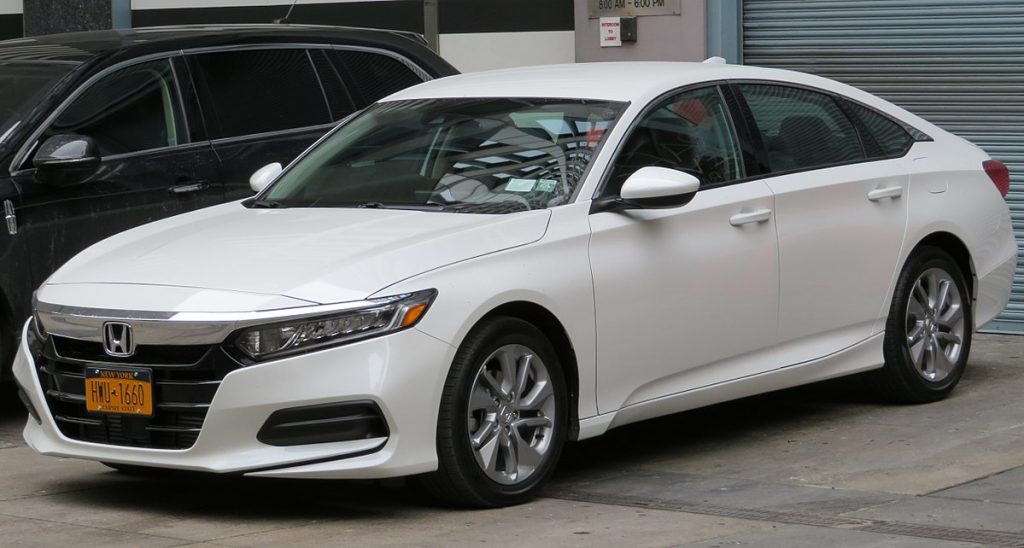 Nearly 4% of Millennials choose to drive the Honda Accord, making it the most popular vehicle on this list. The model has a great deal going for it, including Top Safety Pick status by the IIHS for both its coupe and sedan forms and an excellent 30/38 MPG. And the critics agree; the Accord is highly ranked by U.S. News & World Report and received 10Best status from Car and Driver for a record 21 times, most recently in 2018.