These results are giving a whole new meaning to “drive.” 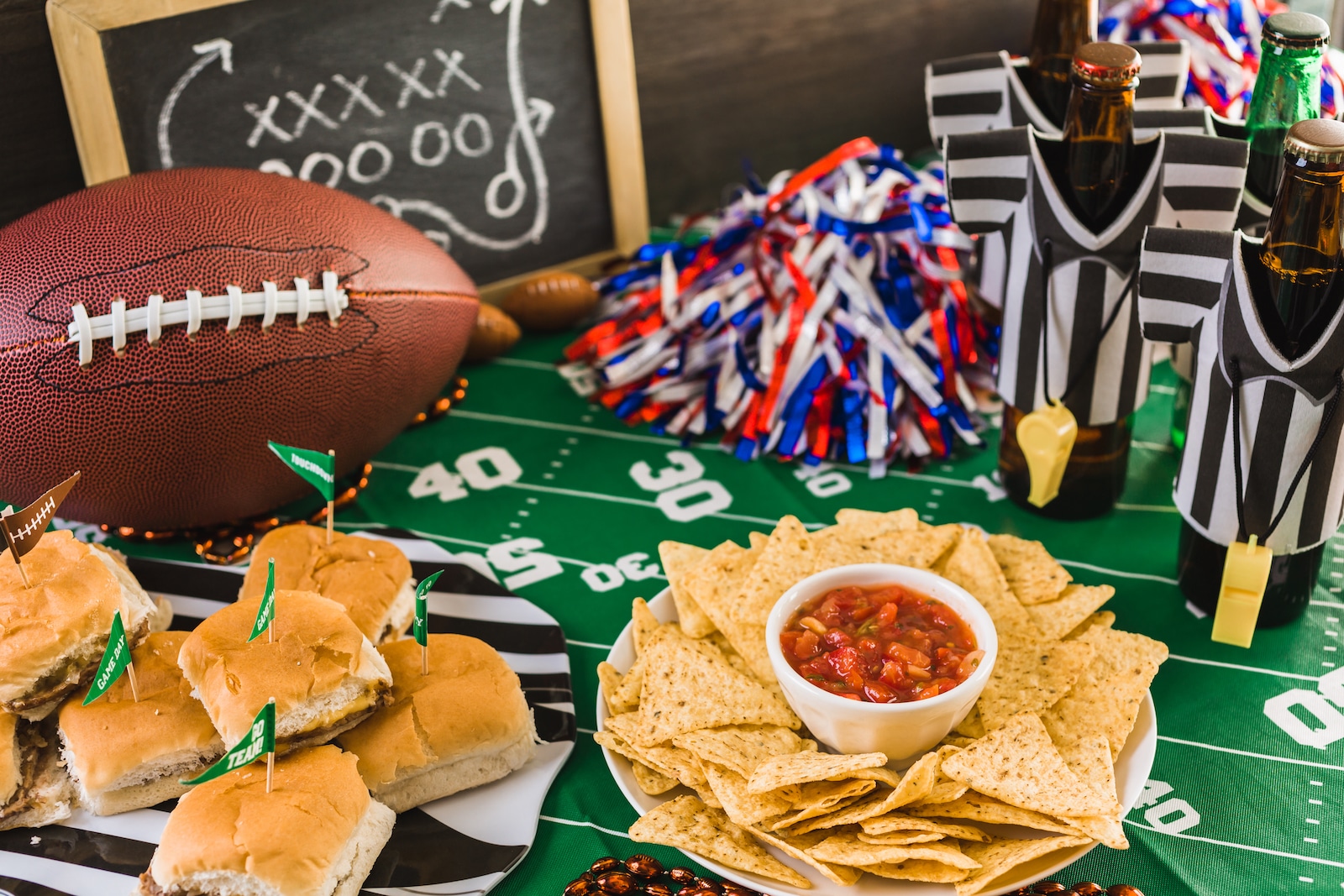 As millions of Americans prepare for Super Bowl weekend, we can find ourselves swept up in the indelible fervor of football mania—or deep in the throes of rabid rivalry. This year’s game is shaping up to be an unforgettable battle of the coasts, with the New England Patriots battling it out against the Los Angeles Rams in what we (and advertisers!) hope will be a thrilling faceoff.

We like to joke that members of different fanbases are remarkably different creatures—it’s all part of the mob mentality. But between all the commercials and helpings of chili, might home viewers stop to think what actually sets Rams and Pats fans, and watchers and non-watchers, apart?

Insurify’s data scientists were similarly curious about what demographic differences and gaps in driver behavior might set these camps apart. From their recent survey results, the data team was able to draw three main insights about who’ll be watching—and those who’ll be sitting out this Sunday. Now, remember, this is just for fun—no one means any offense. As long as they didn’t fumble the findings. So don’t get defensive.

Here’s what the team found.

If you’re on a mission to compare auto insurance quotes for 2019, look no further than these top-notch sites.

Uber drivers: you have the opportunity to score some major savings with these Uber insurance packages.

The data scientists at Insurify, a website that lets users compare car insurance rates in real time, collected data from their database of over 1.5 million car insurance applications, which ask questions about users’ past seven years of driving history, vehicle type, and other relevant information. A random sample of shoppers was also surveyed about their Super Bowl plans: whether they were rooting for the New England Patriots or Los Angeles Rams, watching without preference, or not watching at all. From the response data, Insurify’s data team was able to determine the significant differences in reported driver behavior (and other data) between different types of respondents.

Who’s got the fans on their feet?

Let’s kick things off with the results of the survey. The results indicate that the Rams had a slight edge in support, capturing over a quarter of those surveyed. Pats fans, known for their diehard loyalty, were represented among just over a fifth of respondents. Perhaps the night will shape up to be the best for those 19 percent who have no skin in the game. 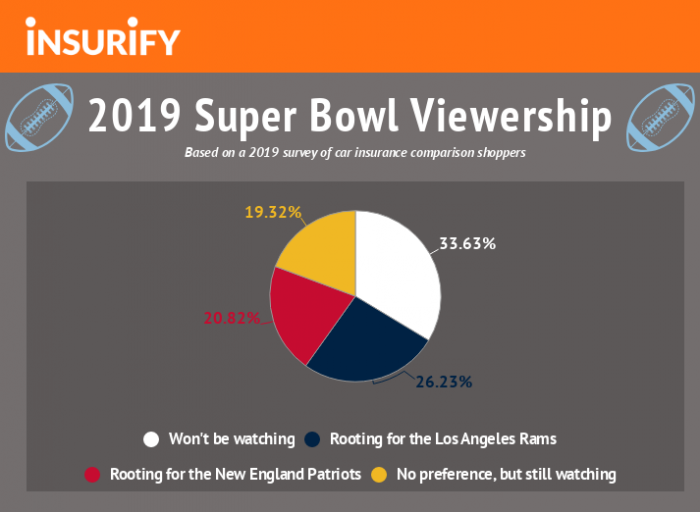 A healthy plurality of the respondents—just over a third—responded that they won’t be watching at all. This is more or less in line with other projections.

Not that advertisers or franchises should have any problem—last year’s big game clocked in at 103.4 million viewers. That’s a lot of eyeballs.

Looking for the best auto insurance companies of 2019? See our updated rankings of the year’s best carriers.

Insurify is in the business of cutting through the noise, not stereotyping. But sometimes the data just doesn’t lie…and Super Bowl viewership seems to somewhat fall on gendered lines.

Males made up only 38 percent of those who reported they would sit this game out. As such, respondents who identified as female were 1.4 times more likely to be among those not watching than among those planning to tune in.

Men were also overrepresented in one camp—57 percent of Rams fans identified as male, which constitutes a rate 1.3 times higher than all other respondents. In fact, less than half ( 48.3 percent ) of Patriots fans were male.

The Super Bowl is sometimes seen as a great cultural equalizer for Americans of all demographics. But not everyone has the luxury or interest to watch, and millions across the nation might find themselves working or otherwise engaged that night.

The employment numbers for this survey ended up varying across respondents, where New England Patriots fans were the most likely to be unemployed.

Here were the employment stats for fans of all stripes:

Statistically, Rams fans were the ones most likely to be currently employed, at a rate around 12 percent higher than those not watching and 13 percent higher than Patriots fans. All in all, members of Pats Nation saw an 8 percent lower likelihood to have a job.

Insight #3: Under the influence.

No matter who wins, there’ll almost certainly be some rowdy postgame celebrations. While the beer might flow freely, superfans and casual watchers alike are reminded to be safe on the road, and never drive while intoxicated.

But who among this year’s watchers might have made a few drinking-and-driving slipups in the past?

3.2 percent of Rams fans reported a DUI in the past seven years—the highest percentage of any other for this category. That’s twice the average rate of any other respondent in the survey.

Notably, those who won’t be watching at all were 1.8 times less likely to have a DUI on their record than all other respondents.

Now put on that lucky jersey, get the crockpot going, and tune in as the pregame coverage starts! And, remember: it’s not about who wins or loses. It’s just about who wins.