You are in the middle of a long drive, perhaps a road trip, and your mind is wandering—either admiring the scenery or bored by the monotony of the interstate highway. 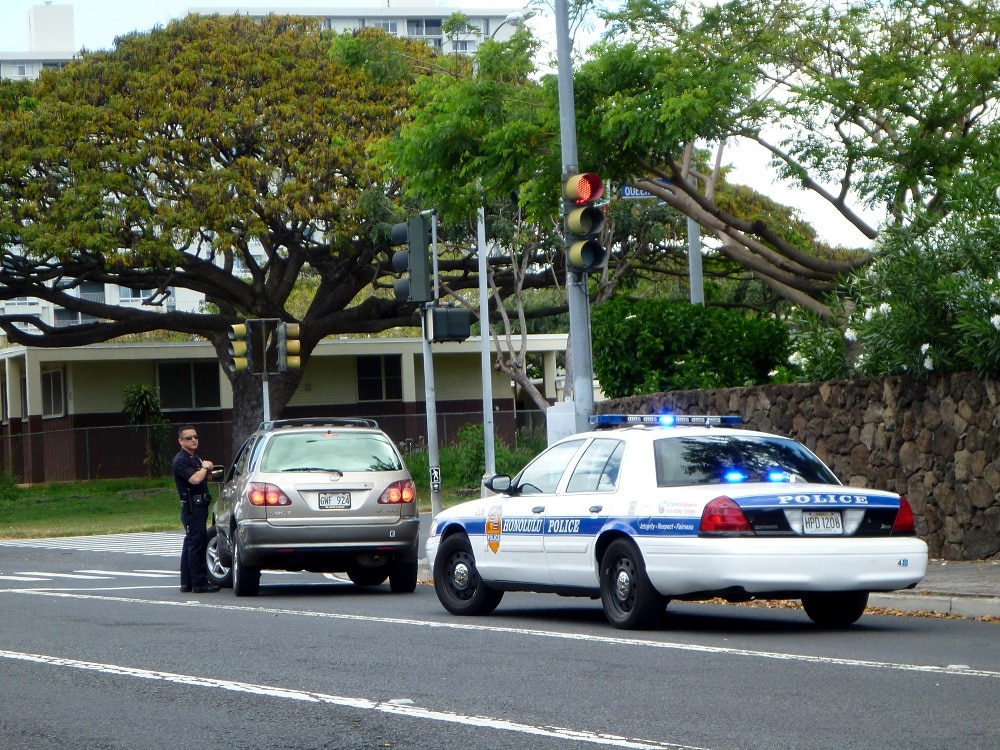 All of a sudden, though, the blaring sound of a siren brings you back to reality. As it turns out, you have been driving 75 miles per hour — well over the legal speed limit. You accept the traffic ticket, pay it off later, and think nothing of it.

That is, until the same thing happens three more times in the next six months, and you receive notice that your driver’s license has been suspended. Of course, there are more ways than one to get your license temporarily revoked. Speeding is one, but drug and alcohol-related infractions or more serious offenses like hit-and-runs can also do the trick. Suspension can be costly—you can’t drive with a suspended license, for one, and to be able to hit the roads again you have to pay a fee—but the financial impact of having your license temporarily suspended goes beyond that. The infraction goes on your driving record and can lead to higher insurance rates.

To take a deeper look at suspended license rates, the data science team at Insurify, an auto insurance quotes comparison site, ran the numbers to determine which areas nationwide had the highest percentage of drivers with a suspended license. 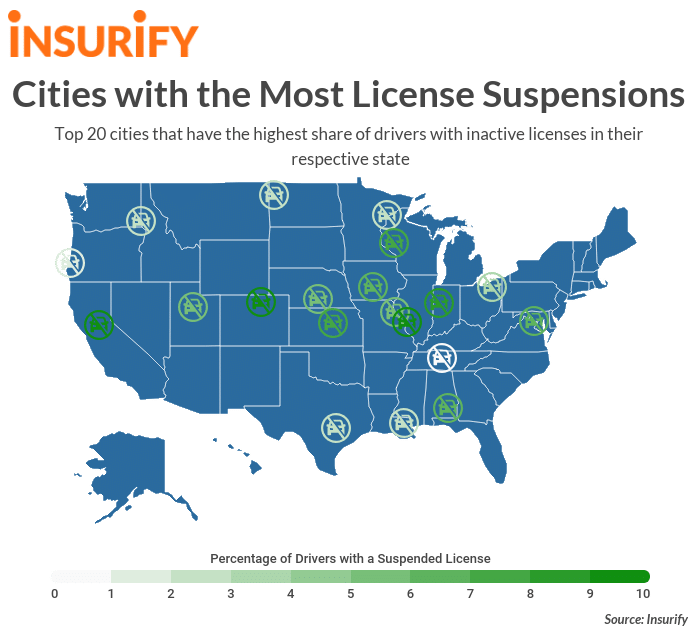 To investigate the cities with the most license suspensions, the data scientists at Insurify, a car insurance comparison platform, analyzed their database of over 1.6 million car insurance applications. Applicants provide information about themselves, their vehicle, and their driver history, including whether their license was active or suspended. The proportion of car owners with suspended licenses was analyzed against the total number of drivers in the city to determine the ranking. Then, the city with the highest percentage in each state was selected. The top 20 are reported here. Data about the percentage of drivers with a prior driving violation was also gathered from the Insurify database, while information about drivers involved in fatal crashes came from a 2014 study done by the NHTSA entitled “Driver License Compliance Status in Fatal Crashes.”

Cities with the Most Suspended Driver's Licenses

Take a look at the best providers of Uber insurance policies.

Here are some of the best auto insurance providers

Can you get car insurance with a permit? Read our guide to learn more.