Though some major U.S. rental markets are still recovering from pandemic price drops, these metropolitan areas are experiencing significant surges in rental prices and popularity among tenants. 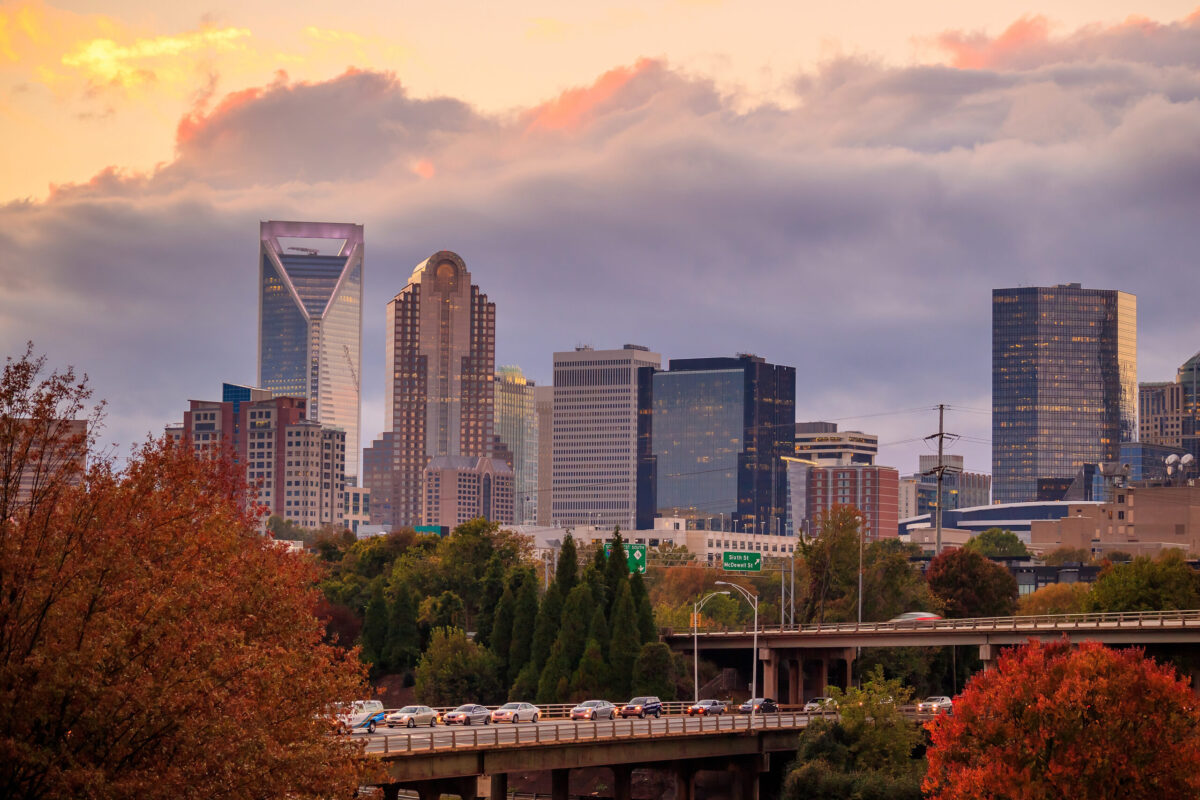 At the onset of the COVID-19 pandemic last year, rent prices plunged in many of the country’s major metropolitan areas. Some residents with flexible work situations and the necessary financial means moved out from city centers to smaller, more suburban areas. For those who remained, federal eviction moratoriums—which prevented landlords from raising the rents of existing tenants or evicting those who could not pay—kept many financially-vulnerable tenants housed during stay-at-home orders.

These factors in part caused rents to remain low for much of the past year, despite an unexpectedly booming housing market. But now, with life in the United States slowly returning to normalcy, rising rents are causing rental markets to heat up. In many cities, they’re even hitting all-time highs.

However, rental demand is not surging equally across all metropolitan areas. The West and South have broadly seen sizable rent increases over the past six months, while some of the largest markets in the country, such as New York City or San Francisco, are still experiencing diminished demand.

While rising rent prices are a sign of a strong real estate market, it is important to note that they also decrease housing affordability and contribute to a higher cost of living. Without sufficient affordable housing, rising rents can significantly diminish an area’s accessibility to lower-income residents, especially with home prices also at record highs. To better understand which cities are the most popular among renters this year, the Insurify data science team referred to national rental data for the 75 largest metropolitan areas and identified the cities with the hottest rental markets in 2021. 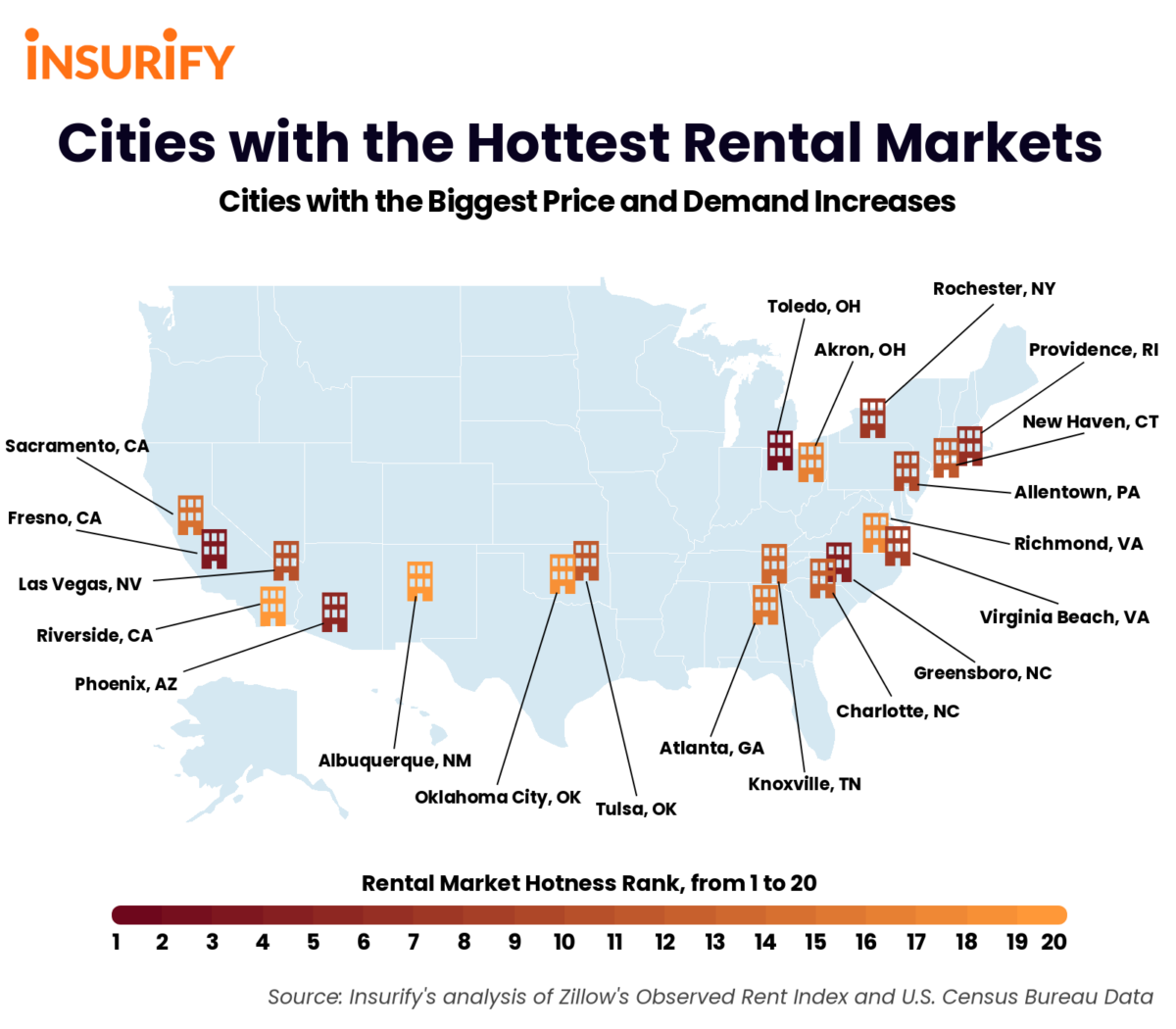 The U.S. Census Bureau compiles quarterly data on vacancy rates, which is defined as the proportion of rental inventory that is vacant for rent. Metro areas with already-low and falling rental vacancy rates, indicative of higher demand, received a higher hotness score. On the other hand, cities with already-high and rising rental vacancy rates, indicative of lower demand, received a lower hotness score. Insurify data scientists accounted for fluctuations in vacancy rates by comparing Q2 2021 rates to the average rates across Q4 2020 and Q1 2021.

The online real estate marketplace Zillow also computes an Observed Rent Index for metropolitan areas across the country. The index represents the mean of listed rents that fall into the 40th to 60th percentile range for all homes and apartments in a given region, and it is both seasonally adjusted and weighted to ensure representativeness across the entire rental market. Rental markets with steeply increasing monthly rent prices over time received a higher hotness score, while markets with stagnant or negative monthly rent prices received a lower hotness score. To be consistent with vacancy rate analysis, monthly rent prices were averaged to the quarter level and compared over the same period.

This study considered only the 75 largest metropolitan areas by population in the United States.

Which cities have the hottest rental markets in 2021?

The ten cities below boast the hottest rental markets across the nation, with tenants eager to secure housing and landlords raising prices accordingly.

Cities with the Hottest Rental Markets in 2021

Need homeowners insurance in Colorado in the home of the Rocky Mountains? Use Insurify to easily compare quotes and start saving.

Quickly compare Arizona homeowners insurance quotes with Insurify, and find out how much you can save.

Fast, easy homeowners insurance in Kentucky when you search with Insurify. Almost as beautiful as bluegrass in the morning sun.