These cities have both the real estate markets and lifestyle amenities to satisfy buyers making the leap into first-time home ownership. 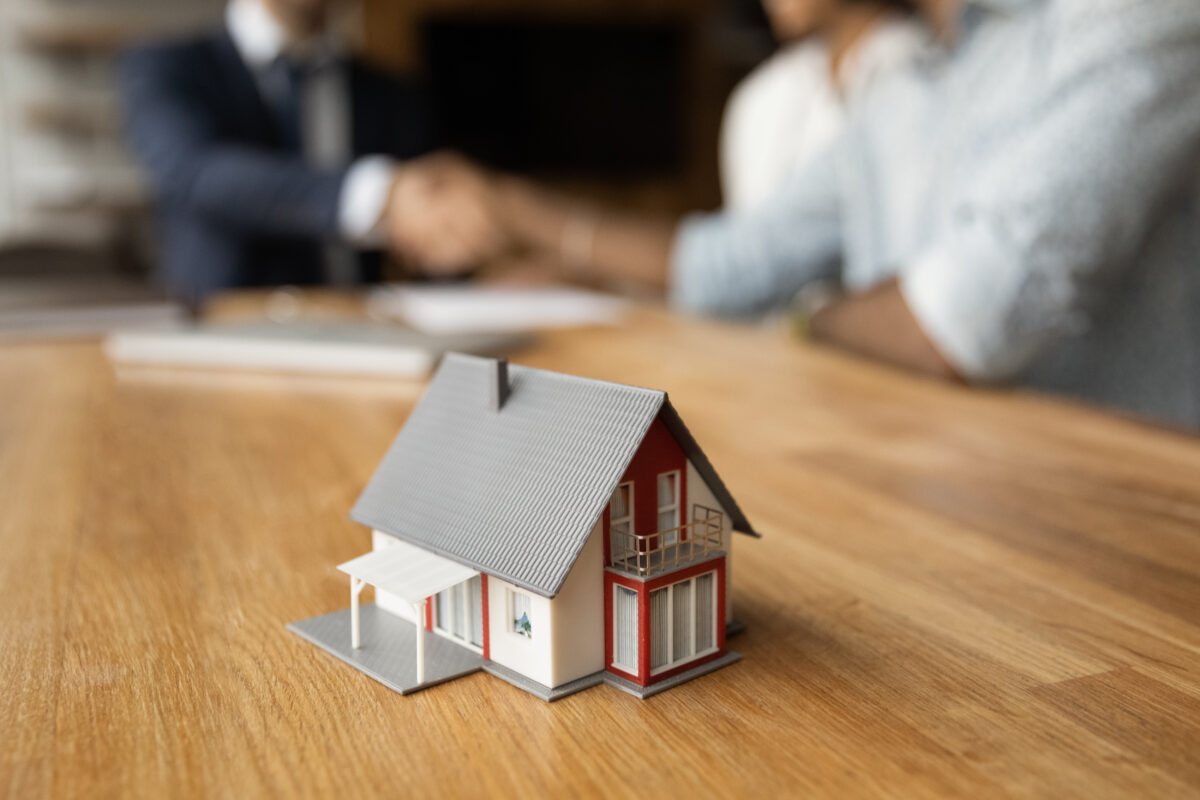 Many Americans dream of one day owning a home, and millions of people make that aspiration a reality every year. Over 6 million homes were sold across the country in 2021 alone, and U.S. housing markets are on track to remain hot throughout 2022. A first home is an exciting investment no matter the circumstances, but not all starter homes are created equal. Given the current booming real estate climate, recent economic fluctuations, and the COVID-19 pandemic’s lingering effects on work and everyday life, prospective homeowners have plenty of factors to consider.

Fortunately, some cities are making the choice easier for first-time homebuyers. While every city has something to offer prospective homeowners, ideal locations boast in-demand real estate with steadily increasing home values (indicative of upward-trending community goods and services), low unemployment rates, strong public school engagement, and safe environments for drivers and pedestrians. Curious to see which metropolitan areas across the U.S. provide these amenities, the data scientists at Insurify turned to their database of over 4.6 million insurance applications, as well as data from the U.S. Census Bureau, the Bureau of Labor Statistics, and Realtor.com, to identify the best city for new homebuyers in every state in 2022. 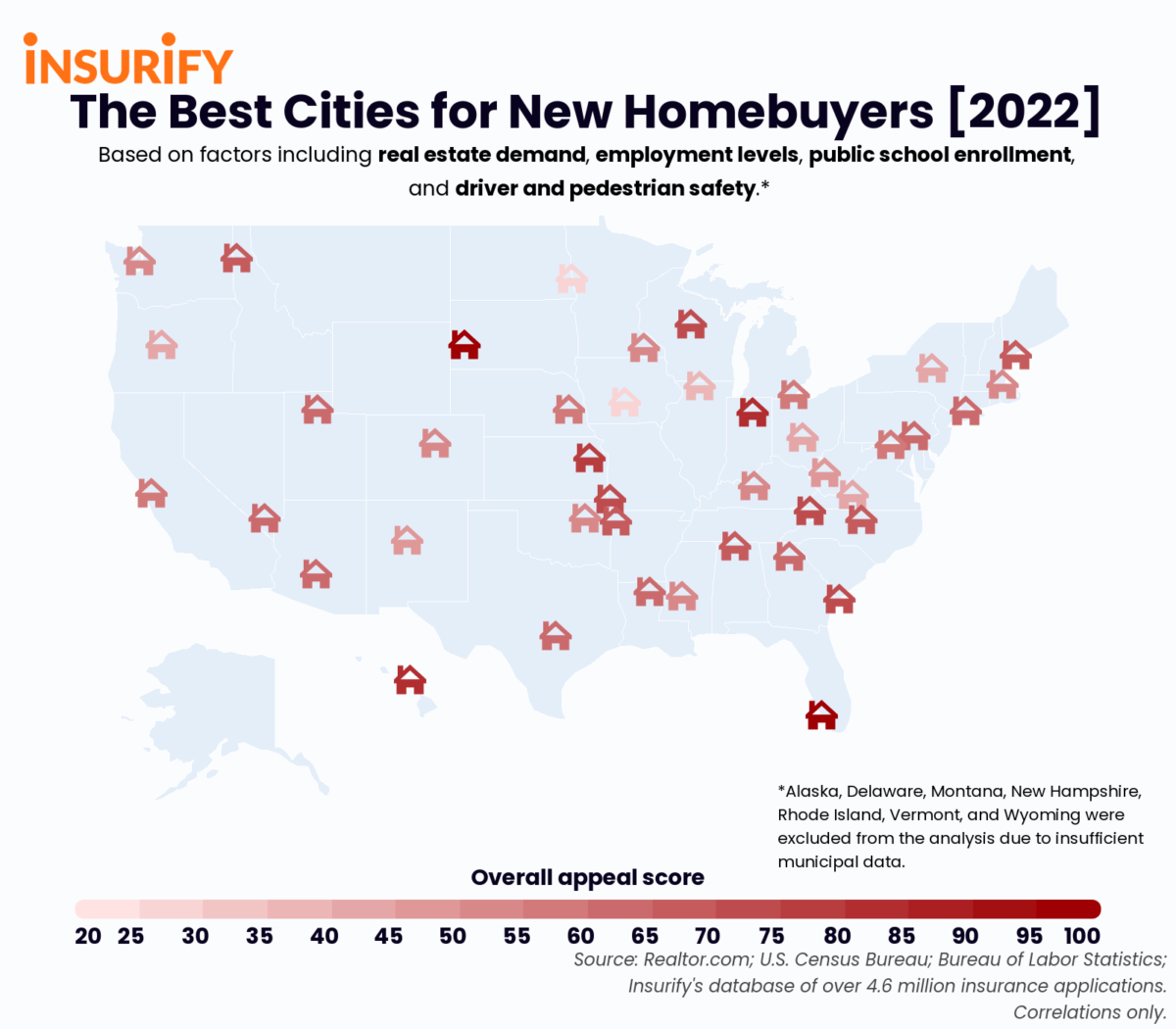 The data scientists at Insurify, a site to compare home insurance quotes, analyzed both proprietary and public data to identify the best city for new homebuyers in every state. They rated each metro area using a composite score based on factors including real estate value and demand, employment levels, public school enrollment, and driver and pedestrian safety.

Researchers at Insurify turned to their database of over 4.6 million car insurance applications to calculate citywide measures of driver and pedestrian safety. Cities were evaluated for rates of at-fault accidents, DUIs, speeding tickets, failure to stop, and failure to yield to pedestrian violations. Cities with lower rates of these infractions received higher safety scores.

This study considered the 288 largest metropolitan areas in the United States. States with insufficient municipal data were excluded from this analysis.

What's the best city for new homebuyers in 2022?

Rapid City, SD, is the best city for new homebuyers this year, earning a perfect 100.0 overall appeal score. Real estate in the city is in high demand, and Rapid City students attend public schools at an above average rate. Plus, its unemployment rate is just 2.4%.

The Best Cities for New Homebuyers in 2022

Are you a Lone Star homeowner wondering if you should be paying less for insurance? Find the average home insurance cost in Texas with Insurify and start your savings journey today!

Savings as deep as the Grand Canyon itself – Arizonans can get the cheapest home insurance quotes in Arizona with Insurify, the one-stop-shop for all your coverage needs.

When it comes to home insurance, residents in the Golden State deserve golden rates. Learn how to secure cheap home insurance in California with Insurify, the nation’s leading comparison site.

It’s important to insure your home with the right policy for you. Living in the Tar Heel State? Learn how to find the cheapest home insurance in North Carolina.

Get coverage in the Empire State without breaking the bank. Insurify has New York homeowners insurance quotes to fit any budget. Find yours today!

Finding the ideal home insurance policy, made as easy as (peach) pie! Get the latest and greatest home insurance quotes in Georgia when you compare with Insurify, and get the best coverage for your needs in just a few clicks.

Comparing policies is the best way Keystone State homeowners can save on their insurance premium. Insurify’s experts can help you navigate finding the cheapest home insurance quotes in Pennsylvania.

Home insurance woes clouding your skies? Florida homeowners can get back in the sun and find the cheapest home insurance in Florida by comparing quotes with Insurify. See how much you can save in just a few clicks!