The United States has no shortage of premier culinary destinations and small-town food hotspots. As American foodies look forward to fall harvests and perfect outdoor dining weather, they should consider checking out these top food cities in each state. 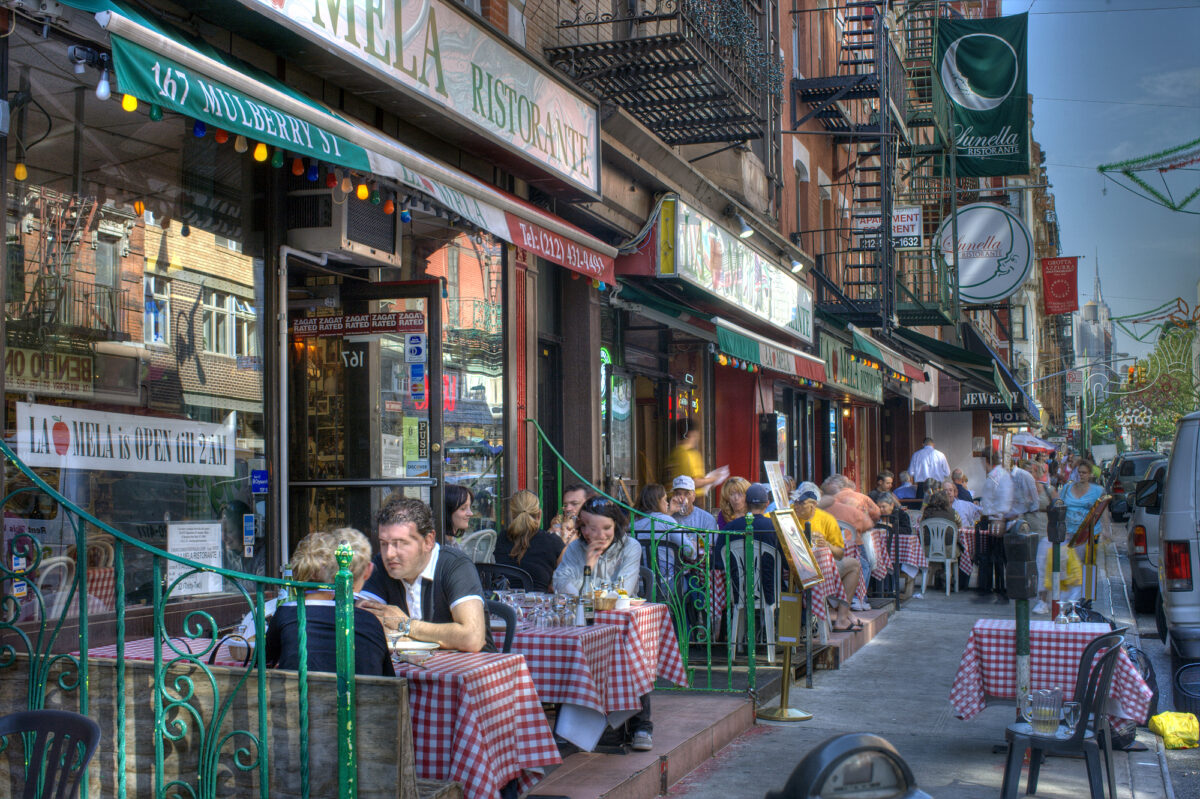 Although the term “foodie” might spark thoughts of Michelin-star restaurants, being a true food lover is about so much more than fine dining. Being a foodie means seeking out new food experiences, engaging with different cuisines, and ultimately, taking a deep pleasure in the simple act of eating. As such, good food can take various forms for food lovers: a rich entrée in a cozy French bistro, a plate of authentic Mexican tacos, a fresh farm-to-table salad, or even a warm home-cooked meal.

A city with an inviting and exciting food scene should therefore offer not only diverse or upscale restaurant options, but also a great variety of specialty food establishments: bakeries and cheese shops, grocery stores with fresh produce and cooking staples, and exciting street food options like food trucks or farmers markets. Plus, a true foodie city must have affordable food and dining choices, so all food lovers are included.

Every city in the U.S. has something unique to offer restaurant-goers and food-focused shoppers alike. Certain metropolitan areas, however, provide a plethora of ways to engage with their local cuisine that are sure to attract almost any food lover. With this in mind, data scientists at Insurify crunched the numbers to identify the best city for foodies in every state. 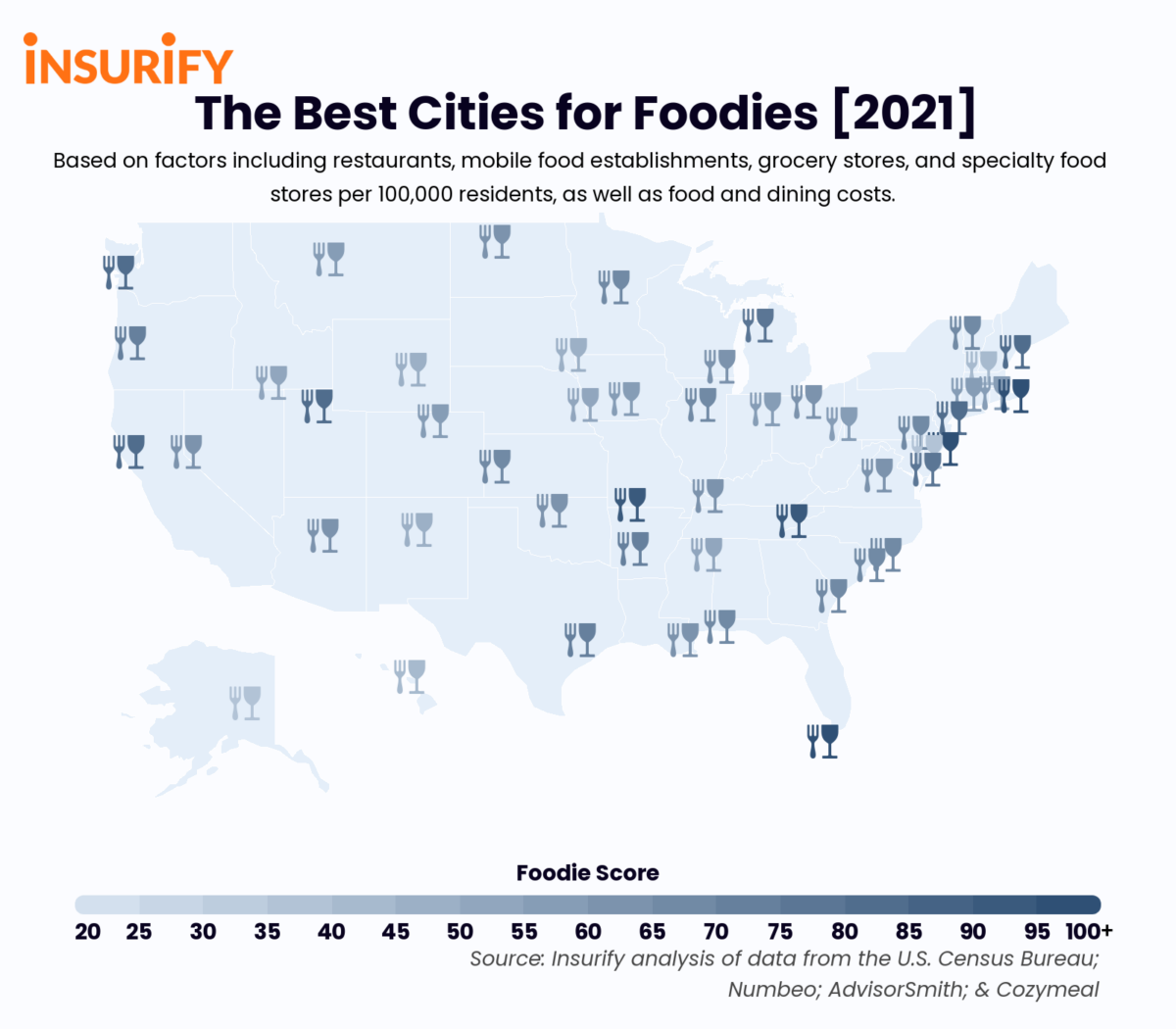 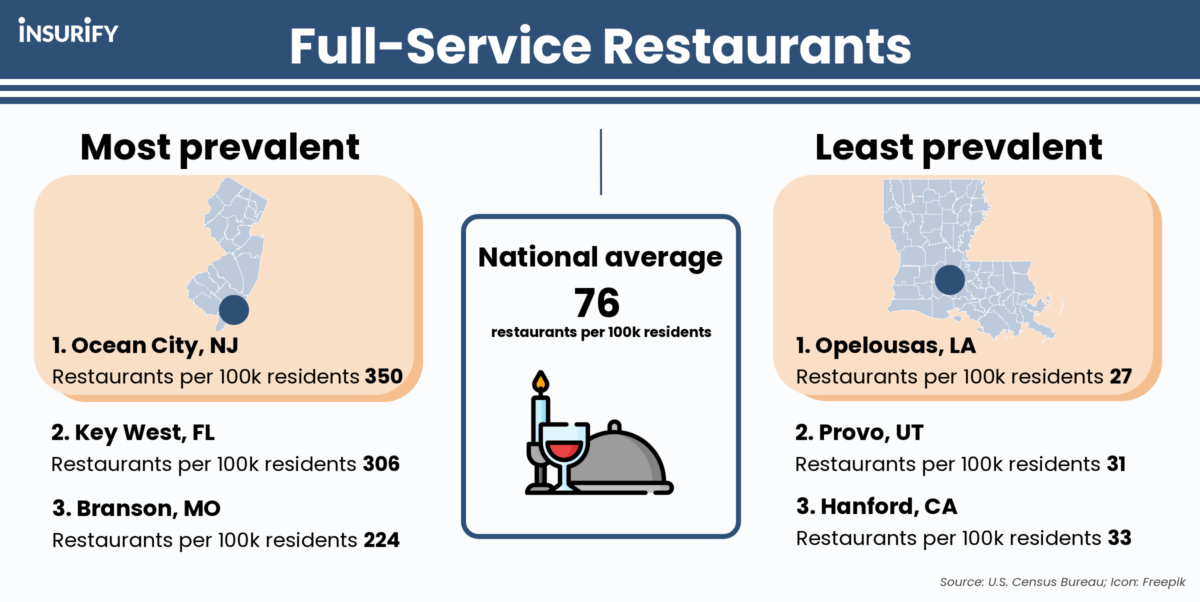 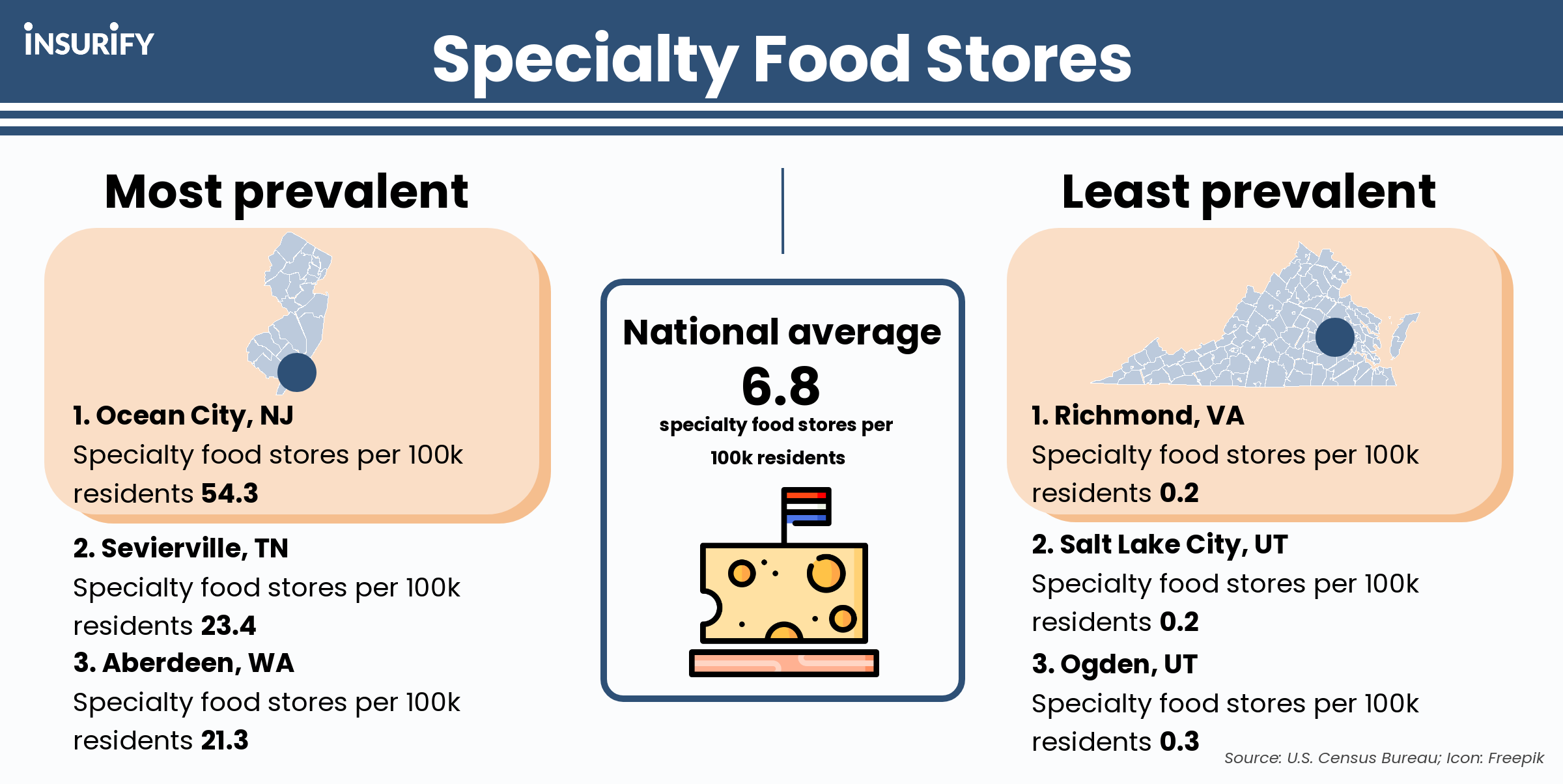 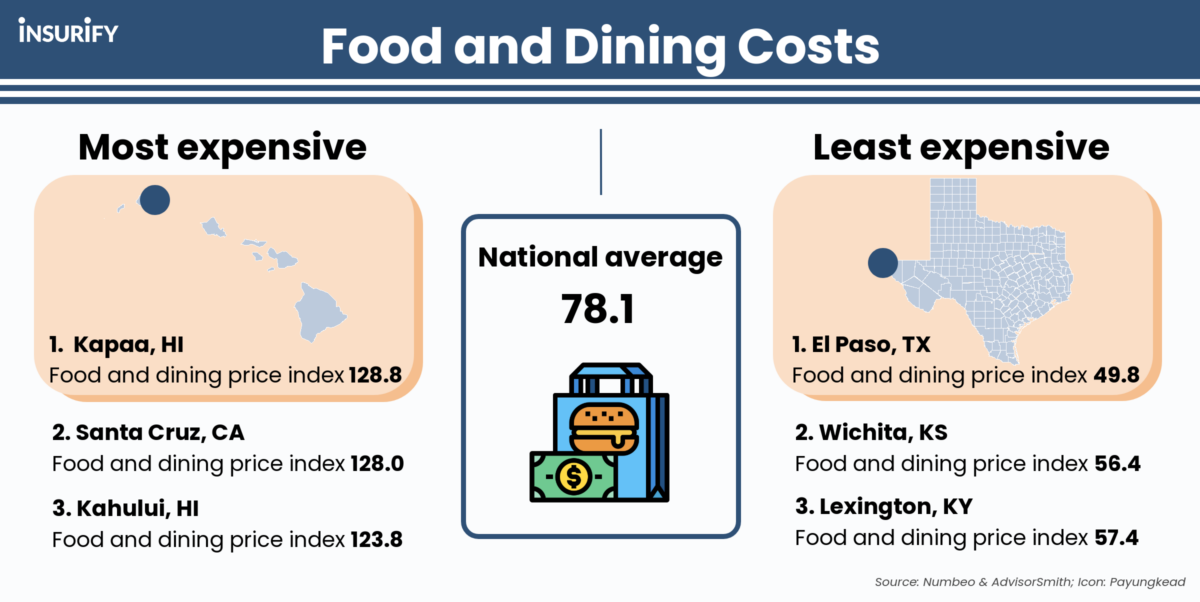 According to the most recent data, purchasing food at a restaurant or grocery store in Kapaa, Hawaii is 65 percent more expensive than in the average American city. This makes Kapaa the city with the most expensive food in the country. This cost can be attributed to the fact that many groceries and other household items must be shipped to Hawaii from the mainland. El Paso, Texas, with a food and dining price index of 49.8, has the lowest food costs considered in this study, at 36 percent less expensive than the average city. Fun fact: New York City has a food and dining price index of 100.0, which means that Brooklyn diners are paying more than twice as much as their El Paso counterparts for the same meal.

Data on each city’s number of full-service restaurants, mobile food establishments, grocery stores, and specialty food stores per 100,000 residents were gathered from the U.S. Census Bureau’s most recent economic census. Each metropolitan area’s total number of establishments in each category was compared against the U.S. Census Bureau’s most recent estimate of that area’s population.

Food and dining price data come from Numbeo’s U.S. City Cost of Living Index. For each city for which data was available, the Insurify data science team averaged Numbeo’s Grocery Index and Restaurant Price Index to create a single index for food and dining costs. For cities not included in Numbeo’s data, Insurify data scientists approximated food and dining costs using AdvisorSmith’s City Cost of Living Index, which accounts for the cost of food, among other factors, in American cities. Both indices were weighted to the same scale for comparability.

Lastly, 21 cities, including San Francisco, Seattle, Atlanta, Chicago, and Philadelphia, received bonus points for having both particularly creative restaurant fare and exceptionally delicious local food traditions. Cities earned this bonus if Cozymeal included them in their list of the best foodie cities to travel to in 2021.

No, it is not Los Angeles, Las Vegas, Miami, Boston, or even the Big Apple. Ocean City, New Jersey actually has the highest Foodie Score of any metro area in the U.S. The city scores above average in every measure of food diversity and availability, and it even ranks number one in prevalence of both full-service restaurants and specialty food stores.