Insights>Driving Drunk States With The Most Duis

Click here to see the States with the Most DUIs report for 2021.

Intoxicated drivers get behind the wheel every day in the United States. But which states see the highest rates of DUI? 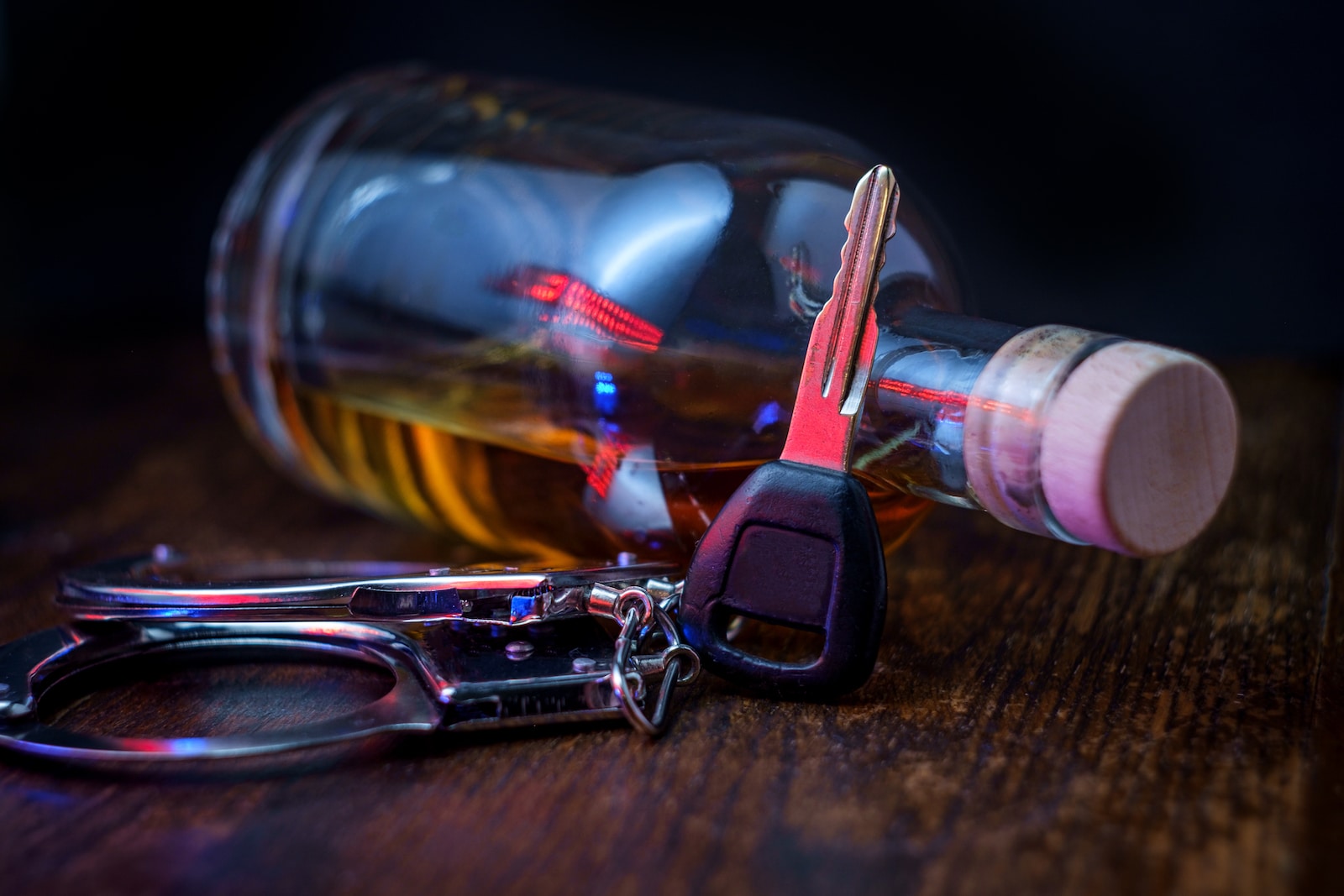 DUI, or driving under the influence, can have consequences far more severe than a dented bumper or a demolished mailbox. According to The Centers for Disease Control and Prevention (CDC), one American dies every 50 minutes in a drunk driving accident, with the total cost of these crashes exceeding $44 billion every year.

According to the National Highway Traffic Safety Administration, drunk driving has fallen by a third in the past 30 years. However, while inebriated driving is declining, some states still see higher rates of these arrests than others. Curious about of this breakdown, data scientists at Insurify, an insurance comparison and shopping website, analyzed the insurance applications of over 1.6 million drivers to see which states have the highest percentage of DUI offenses. 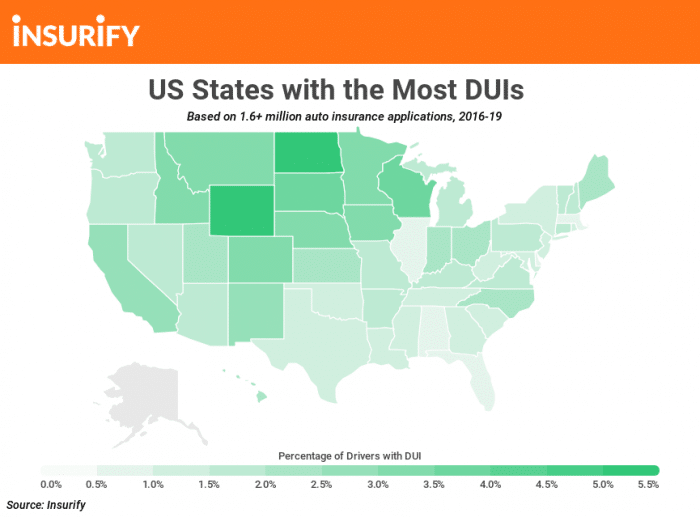 States with the Most DUIs

The team of data scientists at Insurify, a car insurance comparison website, gathered information from their database of over 1.6 million car insurance shoppers. Drivers are asked about vehicle and personal information, along with driving history going back seven years. Included within these questions was whether they or anyone on their policy had been arrested or ticketed for DUI. These responses were then used to calculate the national rate of DUI history, as well as breakdowns for every state. Alaska was the only state omitted from this analysis due to insufficient data. This report also includes data from the CDC on state-level excessive drinking and traffic-related fatalities, along with population data from the United States Census Bureau.

Many envision Colorado, home to a portion of the Rocky Mountain Range, as a peaceful paradise of natural beauty. While the scenery is undeniably idyllic, all is not always well on Colorado’s roadways, as the drivers report a higher than average rate of DUI arrests. With 1 in 5 adults reporting regular binge- and/or over-drinking, it is not unthinkable that some of those respondents find themselves behind the wheel.

Insurify’s car insurance estimator can give you a snapshot of how much you can save on your premium today!

America’s heartland also sees higher-than-average reports of DUI, with 50 percent more Iowa applicants driving under the influence than in the nation at large. This is a sharp contrast to its neighbors—Illinois, Michigan, and Missouri—which come in lower than the national average. Illinois, in particular, has the fourth fewest DUIs in the country, with 3.67 times as many drivers possessing a history of impaired driving in Iowa as in the Land of Lincoln.

The Midwest is far from the middle of the pack in intoxicated driving, with half of its states falling in top 10 for DUIs. Nebraska, at the heart of this region, is no exception. With 3.34 percent of applicants reporting a recent history of DUI, Nebraska sits at 1.55 times the national average.

Uber drivers: you have the opportunity to score some major savings with these Uber car insurance packages.

Long winters with little daylight can contribute to alcohol abuse, so as the state with the northernmost latitude, it may be unsurprising that Minnesota reports 61 percent more drivers with a history of DUI than the national average. This isn’t to say the state doesn’t take these offenses seriously, however, as the penalty for a first offense is license suspension for three months to one year.

Despite containing stunning stretches of wilderness such as Craters of the Moon State Park, Idaho still has to contend with the manmade perils of impaired drivers. From 2003 to 2012, nearly 1,000 people lost their lives as a result of accidents involving an intoxicated driver. Surprisingly, of the 10 states listed here, Idaho reports the lowest rate of excessive drinking, with a share 15 percent lower than the national average. However, greater sobriety does not mitigate the dangers of those who still choose to drink and drive.

Here’s our list of the top 10 best car insurance companies of 2021 – start your savings journey with these top-notch carriers.

Montana is home to one of the drunkest cities in America: nearly 1 in 4 adults in Missoula report regular excessive drinking. The rest of the state does not fare much better, with 1 in 5 adults reporting the same. This heavy rate of drinking most likely contributes to an incidence of DUIs that is 1.68 times the national average.

Drivers with suspended licenses can learn tips and tricks from Insurify’s comprehensive guide to SR-22 insurance.

South Dakota, one of the lowest-population and highest-DUI states in the country, interestingly sits at the exact middle of the pack when it comes to rates of excessive drinking. Though fewer than 1 in 5 adults report over- or binge-drinking, South Dakota has 1.92 times as many reported DUIs as the national average.

Home to Yellowstone National Park, Wyoming is known for its wilderness, personal liberties, and rugged individualism. This freedom and non-interventionism is reflected in their high rates of reported DUI history and their relatively low penalty for first-time DUI offenses. Wyoming residents can expect to lose their licenses for a total of only 3 months after a drunk driving conviction.

Planning on insuring a new home? You should be! You can now compare home insurance quotes in just a few minutes using these top-rated sites.

North Dakota, the Roughrider State, comes in at the top of the ranking, with almost 6 percent of drivers reporting a history of DUI. Unsurprisingly, it is also the state with the highest percentage of alcohol-related driving deaths—nearly one in two traffic fatalities statewide can be attributed to drunk driving. To fully seal its place at #1, North Dakota is also the top state for excessive drinking across the country.

Learn More
Insights>Driving Drunk States With The Most Duis