Breathalyze This! States with the Most DUIs (2021) 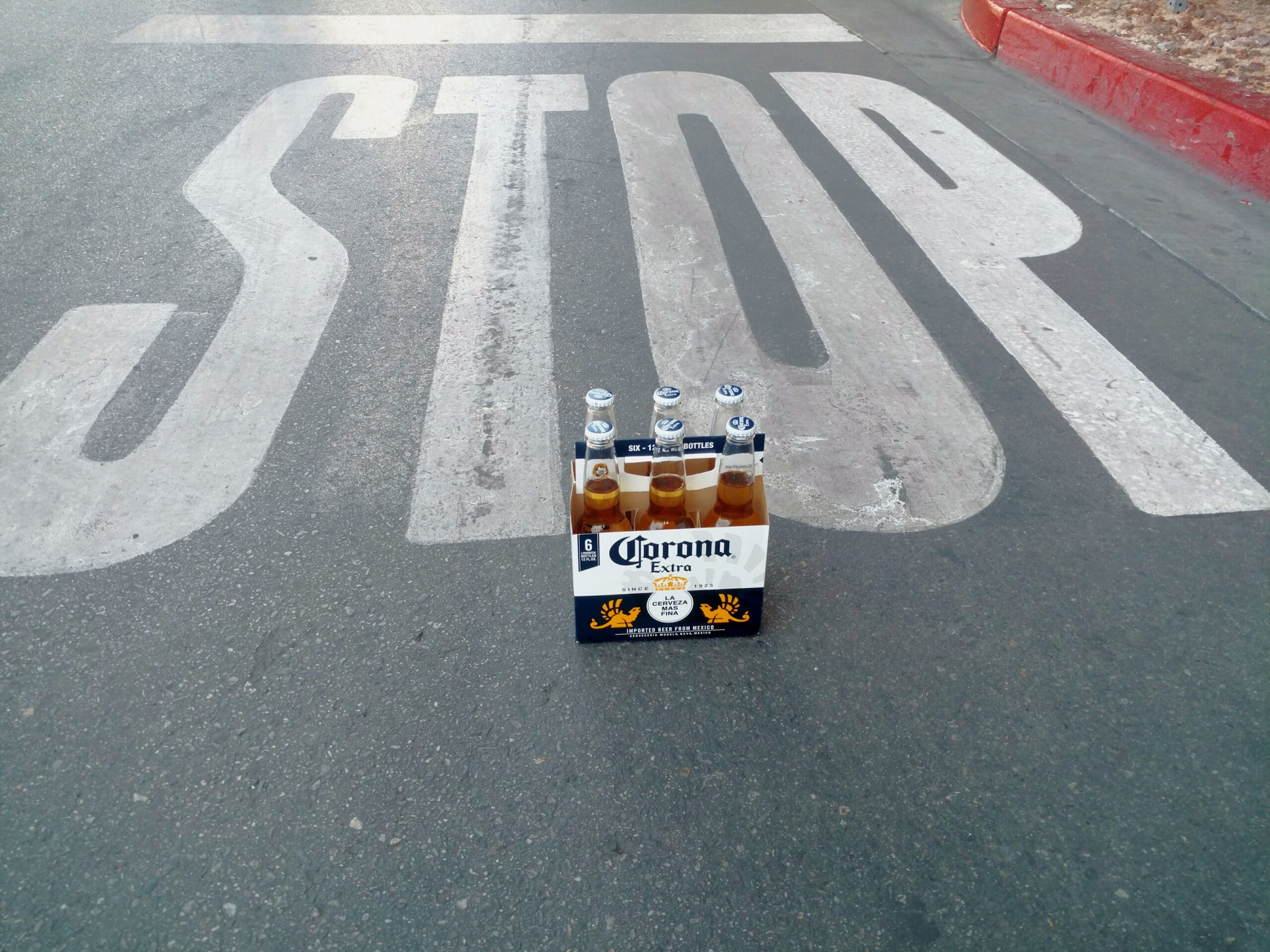 Drivers in these states are the most prone to getting behind the wheel while inebriated — and getting caught for it.

Americans may have spent more time at home than ever this past year, with traffic down overall in early 2020 as quarantine orders were set into motion for the first time. Yet, traffic fatalities actually rose over the past year, with a 13.1 percent spike from July through September, according to the National Highway Traffic Safety Administration (NHTSA). Not only that, but the NHTSA also reported that throughout 2020, 65 percent of drivers with severe crash injuries were found to have alcohol or drugs in their systems. Around half of these cases were reported from after the onset of the pandemic.

It’s clear that despite the fact we may be driving less, we have not eradicated the nationwide epidemic of drunk driving. As more Americans gain access to the vaccine and start venturing out more frequently again and likely resume drinking in public social settings after months of social isolation, we may see an uptick in reckless behavior on the roads, including instances of drinking and driving. To identify the DUI hotspots of America, the research team at Insurify turned to the data to determine the states with the highest rates of drunk driving. 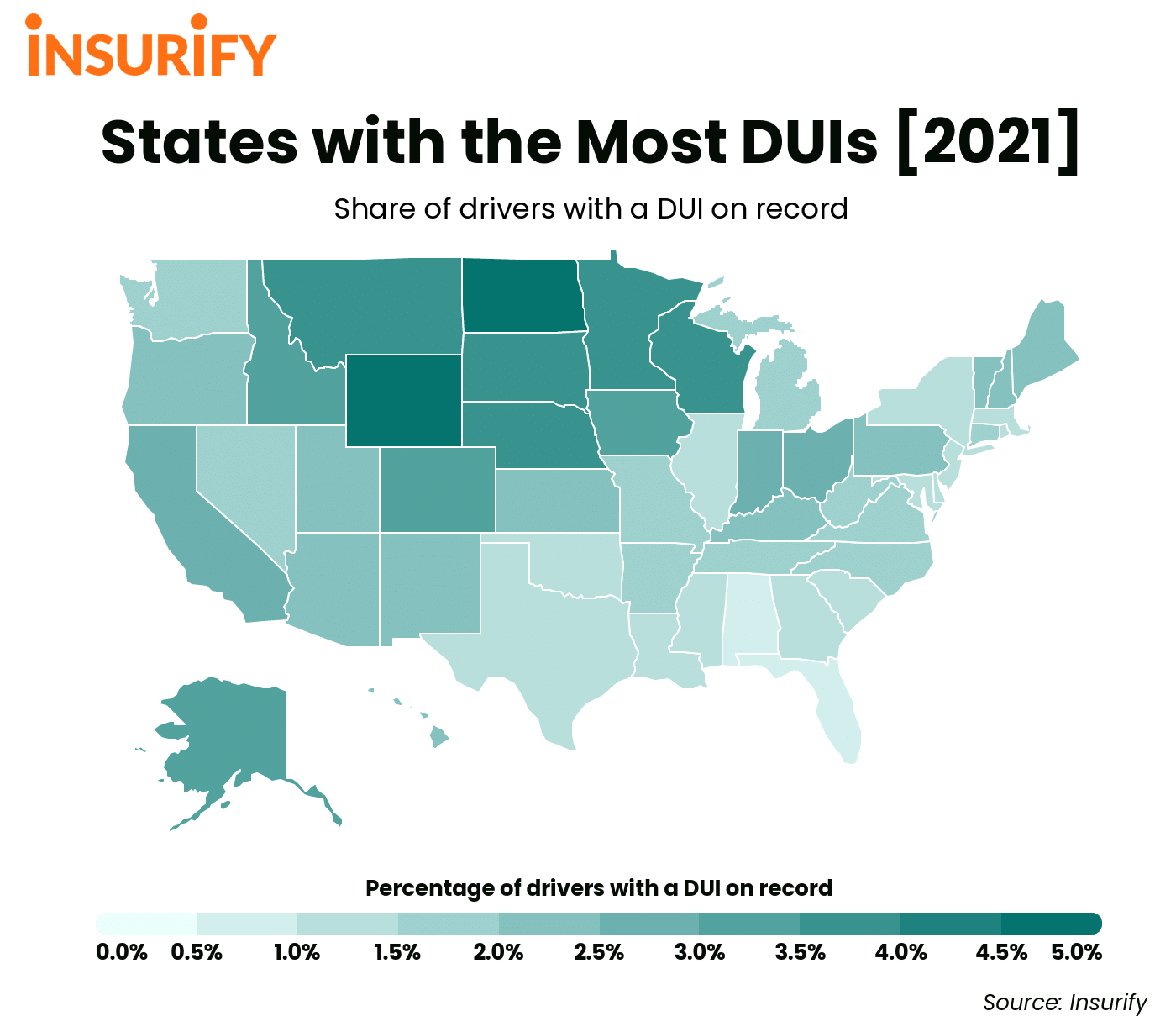 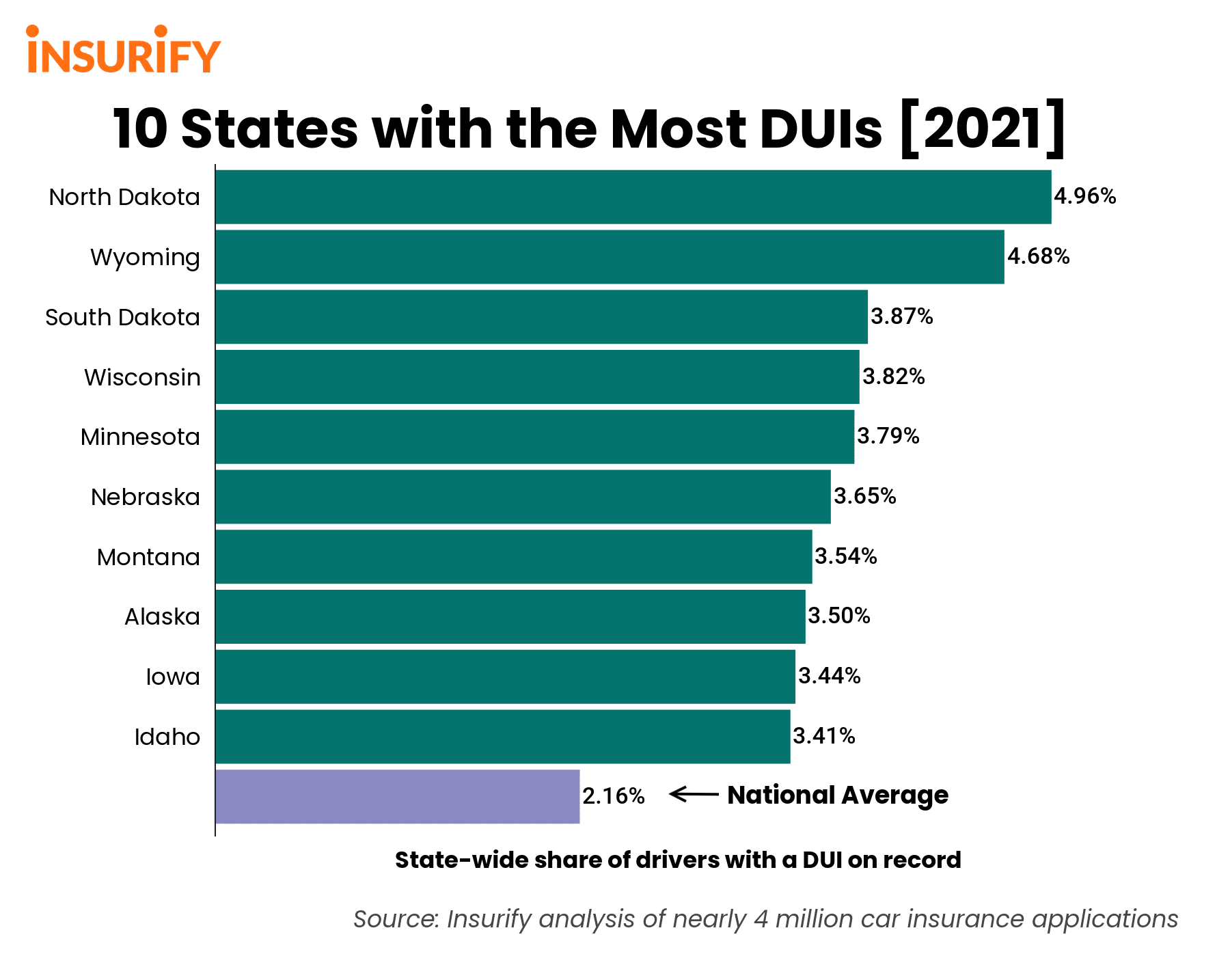 The data scientists at Insurify, an auto insurance comparison platform, referred to their database of nearly 4 million car insurance applications. Users submit their state of residence and driving history, including any violations on record, when applying for car insurance. For each state, the number of drivers with a DUI violation on record was measured against the total number of drivers. The states with the highest proportion of drivers who reported an alcohol-impaired infraction were identified as the states with the most DUIs.

Statistics regarding alcohol-impaired driving fatalities come from the National Highway Traffic Safety Association’s most recent reporting. The estimates for the penalty cost of a first-time DUI offense in each state were drawn from DrivingLaws.org.

States with the Most DUIs

Idaho has the tenth-highest rate of drunk driving in the nation. Gem State drivers are caught behind the wheel while intoxicated 37 percent more often than the national average. While the percentage of alcohol-impaired traffic fatalities in Idaho is slightly lower than average, Idaho drivers should still exercise caution and avoid driving after drinking. Aside from the obvious dangers of doing so, drunk driving in Idaho can be costly, with penalties of up to $1,000 at just the first incident.

Save big when you compare auto insurance with Insurify! Find your best rate today by clicking and comparing today.

Drivers in the Bluegrass State can pay less for their car insurance premium by comparing with Insurify. Getting cheap insurance in Kentucky is only a click away!

Drivers in Iowa are getting caught for driving under the influence at a rate that’s 38 percent higher than the national average. Indeed, a quarter of traffic fatalities in the Hawkeye State have been directly caused by alcohol impairment. The state of Iowa does seem to recognize the severity of this issue and is trying to crack down on drunk driving, as the penalty for a first-offense DUI will cost you a pretty penny.

Alaska may be the Last Frontier in America, but when it comes to drunk driving, the state ranks close to first. Drivers in Alaska have a DUI rate that is 39 percent greater than the national average, landing it the eighth spot in the rankings of the most drunk driving-prone states. First-time violators of impaired driving laws in Alaska be warned; at $1,500 the minimum fine for a DUI violation is one of the highest in the nation.

You don’t need to overpay for your auto insurance premium anymore, Beehive State drivers. Insurify can help you save on car insurance Utah with just a few clicks.

Where can I find the cheapest auto insurance in California? Insurify’s got Golden State drivers covered, so you can stop overspending on insurance ASAP.

DUI rates in Nebraska, the sixth state in the rankings, eclipse the national average by 41 percent. While the percentage of traffic deaths due to alcohol impairment is on par with the national average, rates of drunk driving still present a major problem in the Cornhusker State. Given the above-average prevalence of this dangerous and often fatal driving habit, it’s surprising that the state’s penalty for first-time DUI offenders is comparatively lower than the majority of the nation’s, with $500 as the maximum fine, not as the minimum as it is for most other states.

Finding affordable Michigan auto insurance made easy: compare rates with Insurify and get a quote today!

Insurify can help Sunshine State drivers save on their premium by comparing the best rates for free – cheap auto insurance Florida is only a few clicks away!

The cheapest car insurance in GA, right at your fingertips. Saving on your auto insurance premium, made sweet as a peach by comparing with Insurify.

Minnesota’s drunk driving rate exceeds the national average by 44 percent, earning it the fifth spot among the top ten states with the most DUIs. While its share of fatalities caused by drinking and driving is on par with the national average, drivers in the North Star state ought to be wary of getting behind the wheel after having a few too many: the minimum fine violators have to pay is on the higher end of the nationwide spectrum.

In America’s Dairyland, milk isn’t the only beverage of choice. Wisconsin has maintained its status as the state with the fourth-highest DUI rate in the nation since last year. This year, its percentage of drivers with a prior DUI violation is 44 percent higher than the national average. For a state that has a higher rate of alcohol-impaired traffic deaths than the rest of the country, it’s shocking that the penalty for a first-time DUI offense is comparatively lower than most other states.

South Dakota’s drunk driving rate is the third-highest in the nation for the second year in a row. Drivers in the Mount Rushmore State have broken impaired driving laws at a rate that’s nearly one and a half times the national average. Additionally, South Dakota’s share of traffic fatalities caused by alcohol impairment is 16 percent higher than the rest of the nation’s. However, penalty costs of a DUI offense in South Dakota are comparatively high, suggesting that on some level, the state takes these violations very seriously.

Wyoming is the least populous and least densely populated state in the nation, but unfortunately that has not prevented drunk drivers in the Cowboy State from landing it second in the nation for  DUI rates. Consistent with its rank from last year’s list, DUIs in Wyoming occur 54 percent more frequently than the national average. While a first-offense DUI fine in Wyoming is not the highest in the nation, it’s by far not the cheapest, and can additionally result in a 90 day license suspension or even jail time.

Maintaining its position at number one for the second year in a row, North Dakota has the highest share of drunk drivers in the nation in 2021. With a DUI rate that’s a whopping 57 percent above the national average, the Peace Garden State doesn’t seem that serene after all — at least on the roads. Both the percentage of traffic deaths caused by alcohol impairment and the penalty fine for first-time DUI offenses are consistent with the national average. However, based on the share of North Dakotans receiving DUI citations each year, it’s clear that drivers in the state are drinking and driving at exceedingly dangerous levels.

← Homebuyer Hotspots: Cities with the Hottest Real Estate Markets in 2021
Mind Your Manners: States with the Rudest Drivers (2021) →