Though rates of reckless driving behavior are up across the country, many motorists still follow the rules of the road. These 10 states are home to the best drivers in 2022. 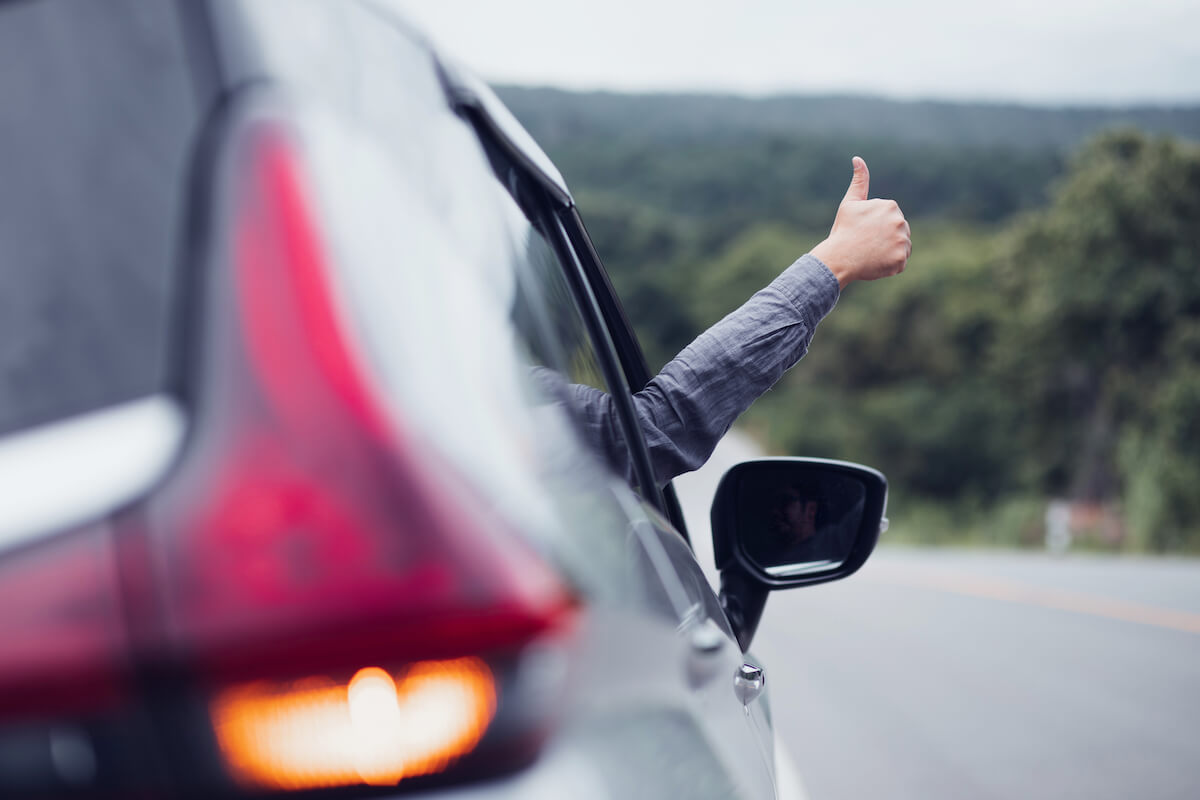 These days, driving safely feels more important than ever. Rates of reckless driving behavior have risen dramatically across the country during the past two years with few signs of slowing down.[1] While such elevated rates started during the early stages of the COVID-19 pandemic — when relatively few people were out on the road — this trend has continued even as Americans are back driving more and more. This dangerous driving behavior led to significantly more traffic fatalities in 2021 than during any time in recent history, so drivers should take caution on the road now more than ever.

As rates of hazardous driving have increased across the country, it’s important to note that the large majority of drivers still keep within the lines, though certain areas of the nation are home to motorists who do so more often than their peers. Curious to see where drivers are best at following the rules of the road, the data scientists at Insurify turned to their database of over 4.6 million car insurance applications to determine the states with the best drivers in 2022. 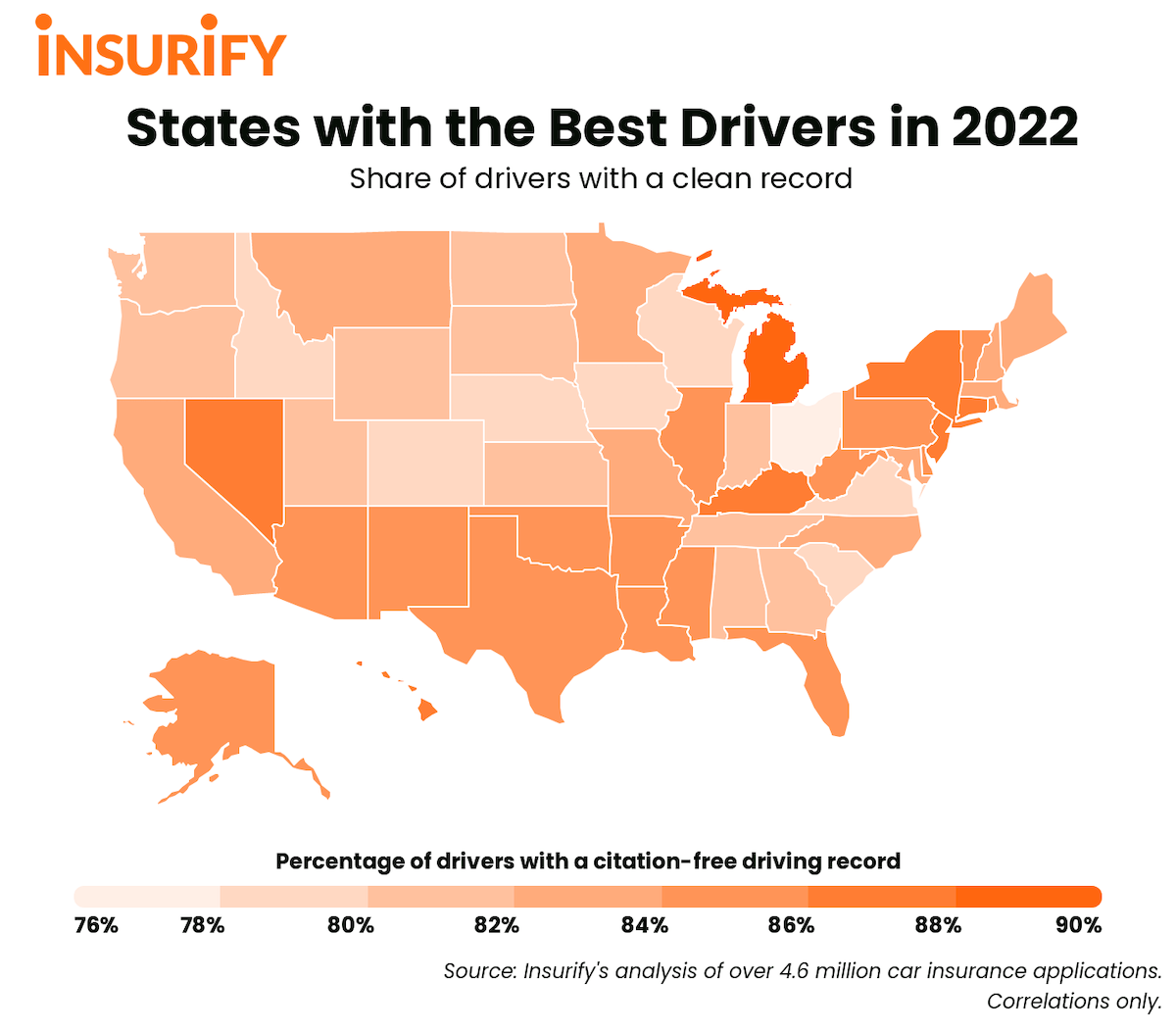 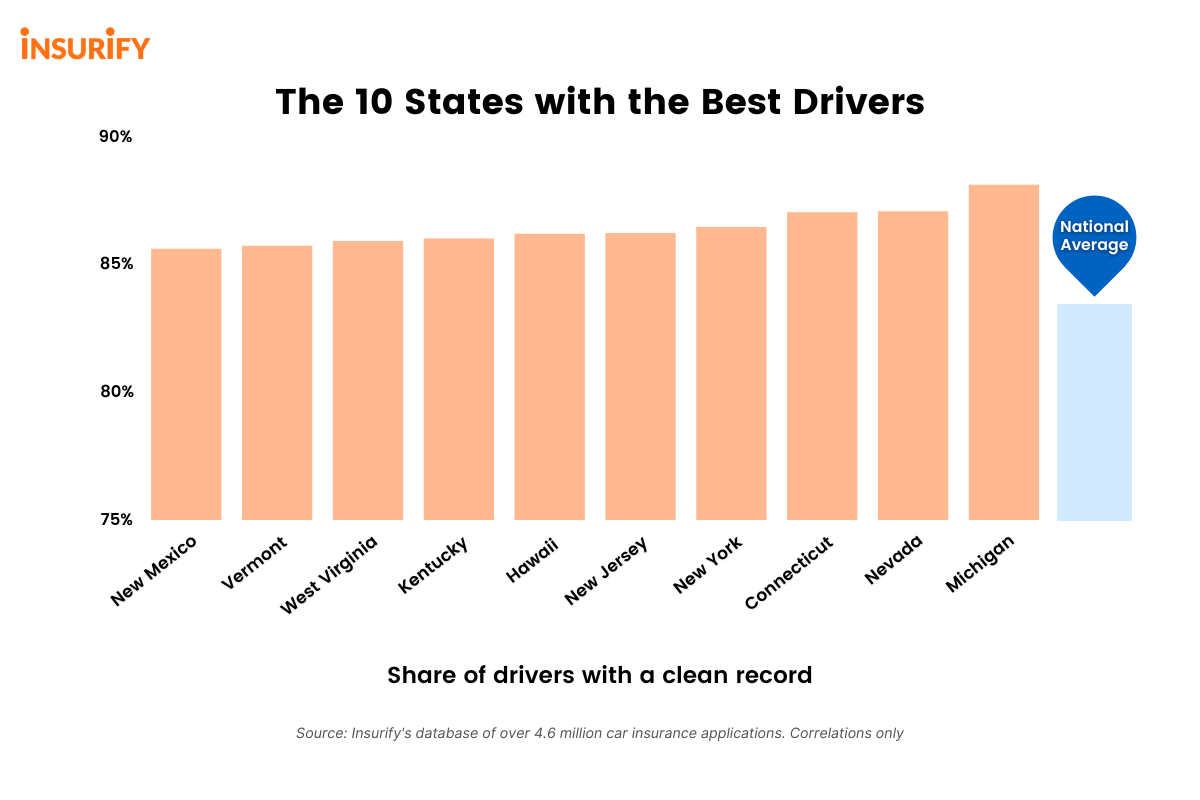 The data scientists at Insurify, a site to compare auto insurance rates, referred to their database of over 4.6 million car insurance applications to identify the states with the best drivers in the nation.

Applicants disclose their state of residence and any prior violations on their driving record when applying for car insurance. Insurify’s data scientists compared the number of drivers with at least one at-fault violation on record within the past seven years (including accidents, DUIs, failures to stop, speeding, reckless driving, passing violations, and other citations for illegal driving behavior) to the total number of drivers applying for car insurance in each state. The states with the lowest rate of infractions, or the greatest proportion of drivers with a clean record, were identified as having the best drivers.

The States with the Best Drivers in 2022

10 States with the Most Speeding Tickets in 2022

New Mexico is the Land of Enchantment, and there’s certainly something magical about how good its drivers are. 85.64% of New Mexico motorists have a clean driving record, which is the 10th-highest rate in the nation. When New Mexico drivers do get pulled over, however, it’s most often for speeding.

Vermont is the second-smallest state in the U.S. by population, but its residents are mighty — mighty fine at driving, that is. Nearly 86% of the state’s drivers have a citation-free record, placing Vermont ninth on the list of states with the best drivers in 2022.

Located in the heart of the Appalachian Mountains, West Virginia is home to plenty of steep, winding roads, but its residents seem to have no problem navigating them. The state ranks eighth in the nation for good driving, with 85.95% of its motorists reporting a clean record. Perhaps due in part to the terrain, however, traffic accidents in West Virginia are more likely to be life-threatening than in other states: the IIHS reports 1.66 fatal crashes for every 100 million miles driven in the state, which is 28% higher than the national average.[2]

Kentucky may be the home of horse racing, but that need for speed on the track does not carry over to the state’s roads. Kentucky has a below-average speeding rate, and over 86% of its motorists have a clean driving record, which means the Bluegrass State has the seventh-best drivers in the nation.

Hawaii has a lot going for it: beaches, sun, blue waters, and beautiful terrain, to name just a few. Add great drivers to the list, too, as more than 86% of the state’s motorists have a citation-free record. It turns out that the drivers are just another reason to visit one of America’s most desirable destinations.

Claiming that New Jersey is “the worst” is practically a national pastime for residents of almost every other state, though detractors should hold their tongue when it comes to New Jersey drivers. 86.26% of Garden State motorists have a clean driving record, which ranks the state fifth on the list of states with the best drivers in 2022.

Surprised to see New York on the list of states with the best drivers? Despite the state’s reputation for noisy traffic jams and lead-footed motorists, 86.50% of New York’s drivers have an infraction-free record. By this measure, Empire State drivers are the fourth-best in the nation.

With over 87% of Connecticut drivers reporting a clean record, the Constitution State ranked third on the list of states with the best drivers in 2022. Interestingly, although speeding is almost as common as at-fault accidents nationally, Connecticut drivers cause accidents more than twice as often as they get ticketed for speeding, the largest disparity among any of the 10 best driving states.

Give credit to Nevada drivers. More than two-thirds of the state’s motorists live in the Las Vegas metropolitan area, yet they don’t let the city’s famous spectacle distract them from driving between the lines. 87.12% of Nevada drivers have a citation-free record, ranking the Silver State second overall among 2022’s states with the best drivers.

Michigan: land of great lakes and great drivers. A whopping 88.16% of Wolverine State motorists have a clean driving record, making it home to the best drivers in the country. While the most common infraction for Michigan drivers is speeding, they still do so 18% less often than the average driver. The state’s accident rate is even more impressive, coming in 52% lower than the national average.