Click here to see the Cities with the Most Car Thefts report for 2021.

Check your pockets—do you have your keys on you? 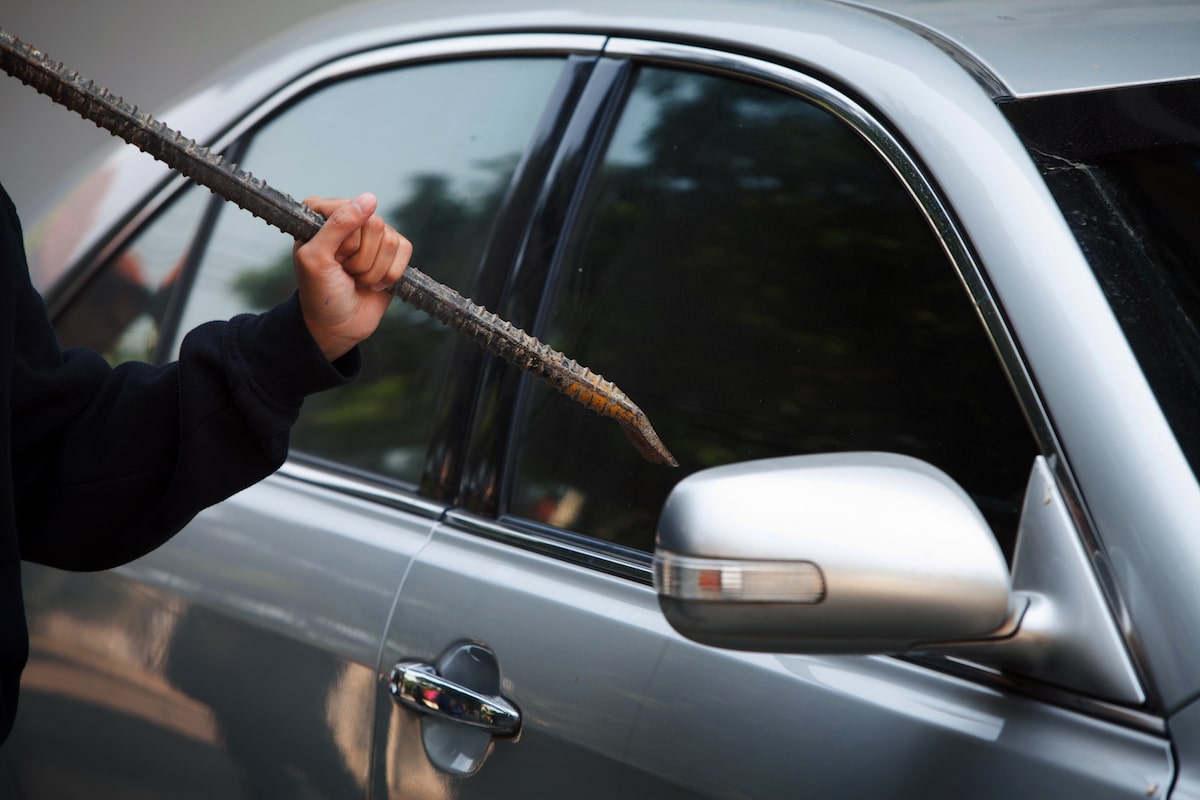 No matter how it’s done, motor vehicle theft is a serious crime, and its victims can often face great financial and emotional distress. Fortunately, property and automobile theft have been trending down in the U.S. According to the Federal Bureau of Investigation, property crime (including car theft) decreased 3.0 percent between 2016 and 2017. Additionally, the National Insurance Crime Bureau (NICB) reported that overall, regardless of fluctuations in yearly rates, vehicle theft has declined considerably since the 1990s.

However, that doesn’t mean that car theft isn’t a persistent issue—particularly in certain metro areas. This past July, NICB released its annual Hot Spots report, which presents data on per capita auto theft across the country. Here, Insurify Insights presents NICB’s top 20 rankings for the metropolitan statistical areas (MSAs) with the highest motor vehicle theft rates. Since this is a population-based study, the sizes of these MSAs differ greatly, ranging from major metropolises to areas with far smaller populations. Also included in this report is data from the FBI’s newly released 2017 Uniform Crime Reporting statistics on property theft in these MSAs, although this data has no bearing on the rankings presented here.

In the interest of public safety and awareness, this study also details how each MSA, through various safety initiatives, has been combatting car theft and preventing property crime. Insurify also includes some helpful tips on how to avoid motor vehicle theft, no matter where you live.

The data scientists at Insurify, a website that allows users to compare auto insurance quotes, compiled data from the National Insurance Crime Bureau ’s 2017 Hot Spots study, which reports which American metropolitan statistical areas (MSAs) have the highest rates of motor vehicle theft per 100k people in the year 2017. (Insurify’s team calculated the average rate among all 381 MSAs reporting a car theft rate, and found the national average to be 218.6 thefts per 100k people.) They ranked the top 20 MSAs as reported by NICB, and then juxtaposed this metric with each MSA’s proportion of property crimes per 100k people, courtesy of the FBI’s Uniform Crime Reporting (UCR) data from 2017. The FBI’s definition of property crimes includes motor vehicle theft as well as burglary, larceny-theft, and arson; the national average rate for 2017 is 2,632.2 crimes per 100k people. Each listing is classified by its MSA name as designated by the FBI. Except where noted, population figures for MSAs come from the UCR’s 2017 population estimates. 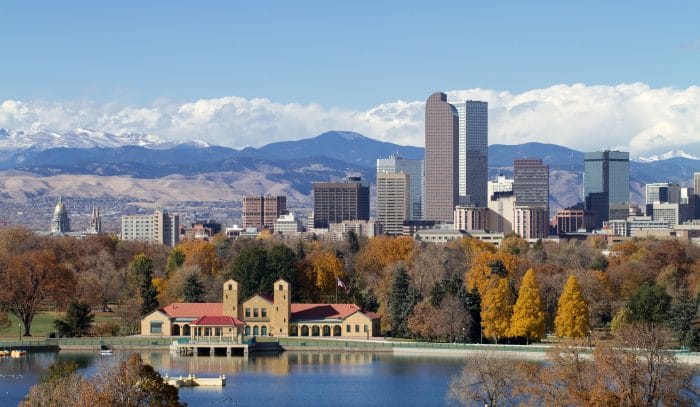 Taking the 20th spot on NICB’s rankings is the greater Denver area, the most populous metro area in Colorado. Local police are actively aware of the area’s dubious distinction, collaborating with Coloradans Against Car Theft (CAAT) and the CAPTA Metropolitan Auto Theft Task Force (C-MATT) to educate the public on the makes and models of vehicles most commonly stolen in the region.

Looking for the best insurance comparison sites? Your road to savings starts here. 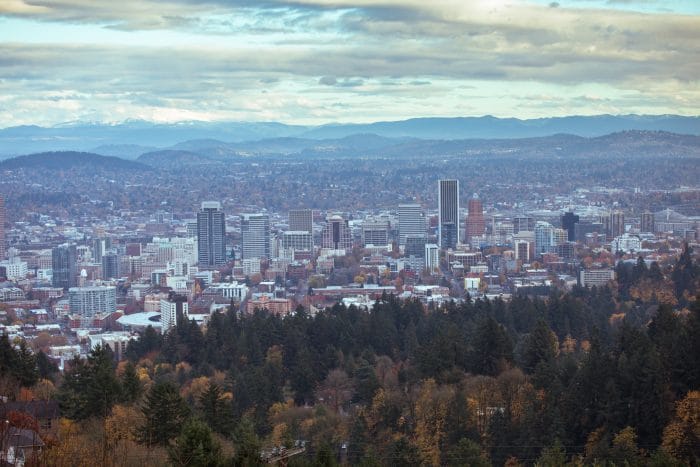 This major population hub in the Pacific Northwest has seen an increase in its auto thefts from the previous year—a 31 percent increase, according to local reports. That impact on property crimes overall has not yet been revealed by the UCR. 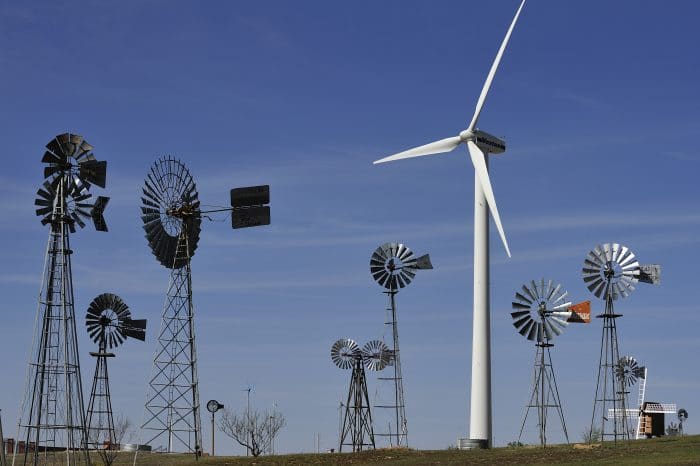 Lubbock is the only Texan MSA in NICB’s top 20 ranking. Area coverage has emphasized that theft rates spike in Lubbock in July, which is typically the area’s hottest season, when motorists are most likely to leave their cars running to keep their vehicle interior cool. Local police have also noted that a high number of thefts are committed by 15- to 19-year-old males.

Rideshare drivers: you have the opportunity to score some major savings with these Uber car insurance packages.

Find out if your state qualifies you for a GEICO SR-22 quote. 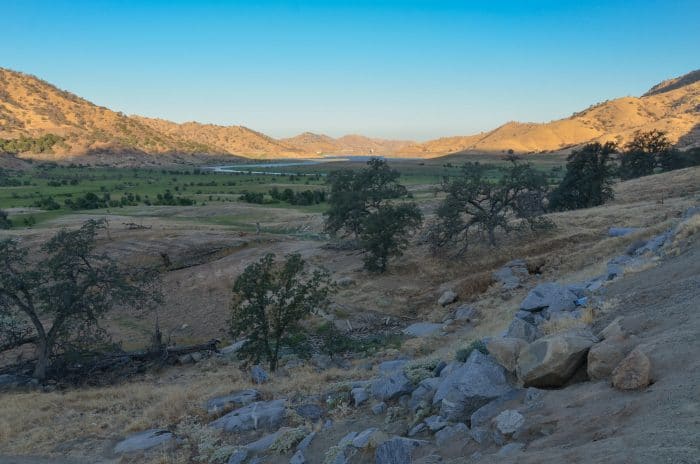 Motor vehicle theft apparently runs rampant among the sequoias. The city of Visalia has an official page devoted to avoiding auto theft, proving it’s aware of its consistent top-25 ranking by NICB. 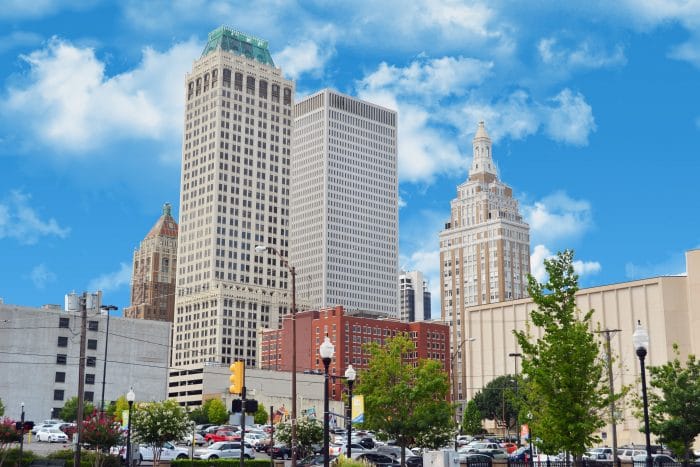 Past reports on auto theft in the so-called “Oil Capital of the World” underline that police staffing shortages and minimal community policing have contributed to above-average car robbery rates. Local forces have tried to reduce these rates through fostering positive community relations and pinpointing exact areas where these thefts tend to occur, such as large shopping areas and busy nightlife locales.

Check out Insurify’s list of the best insurance companies of the year. 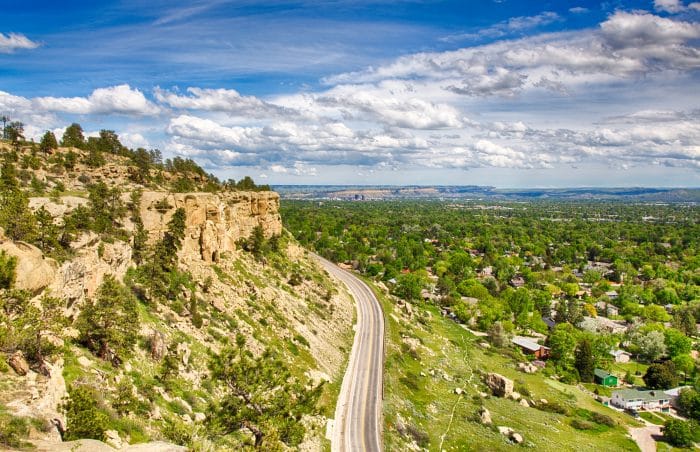 The Billings Police Department has recently re-established a street crimes unit that is particularly focused on curbing property crimes. Thanks to growing staff numbers over the past two decades, law enforcement can now focus on reducing the metro area’s property crime rate, which stood at 1.8 times higher than the national average in 2017. 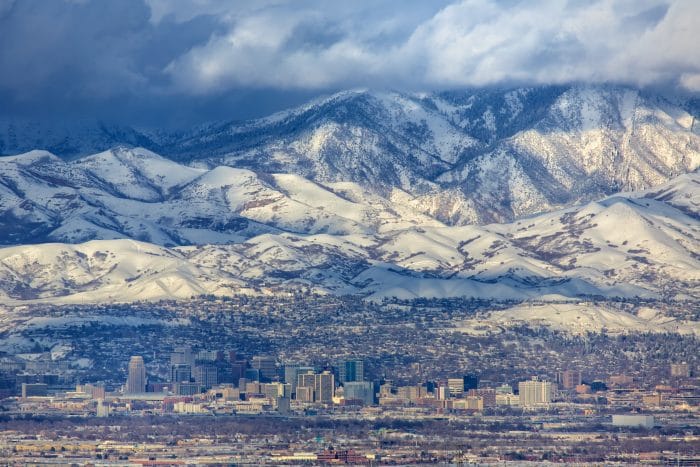 Car theft in Salt Lake City is on the rise, according to recent reports. Additionally, this major commercial and cultural hub of the American West boasts a property crime rate nearly double that of the national average.

If you’re on the lookout for car insurance discounts, keep these tricks and tips in mind. 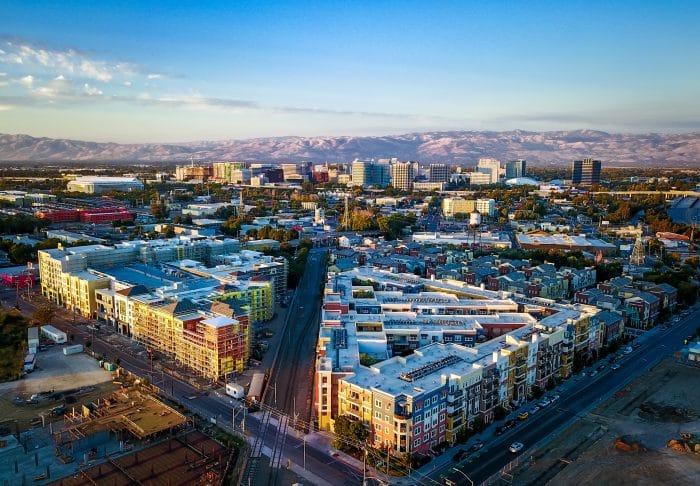 Silicon Valley drivers should be wary of their region’s relatively high rate of vehicle theft. But while it’s ranked number 13 for auto theft, the greater San Jose area reports the lowest rate of property crime among MSAs on this list for which this data was made available. In fact, its property crime rate is the only one on this list that is lower (albeit 4 percent lower) than the national average. 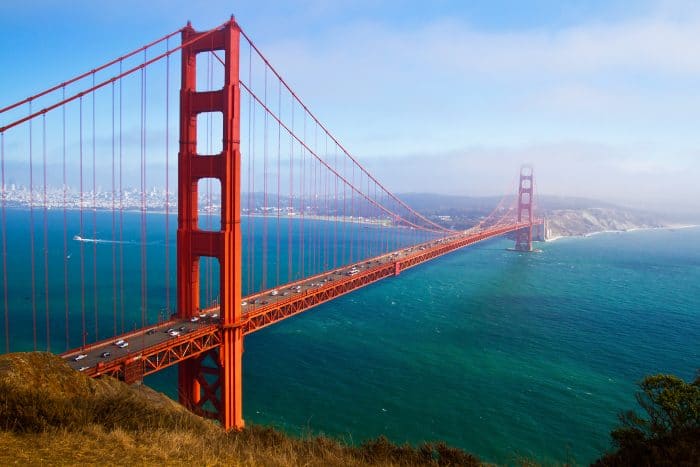 This expansive MSA is the most populated on this list. However, of note is that Los Angeles, the one larger metropolitan area in California, saw double the number of vehicle thefts in 2017. However, the NICB ranked Los Angeles number 33, because car theft occurred at a much lower population-adjusted rate. 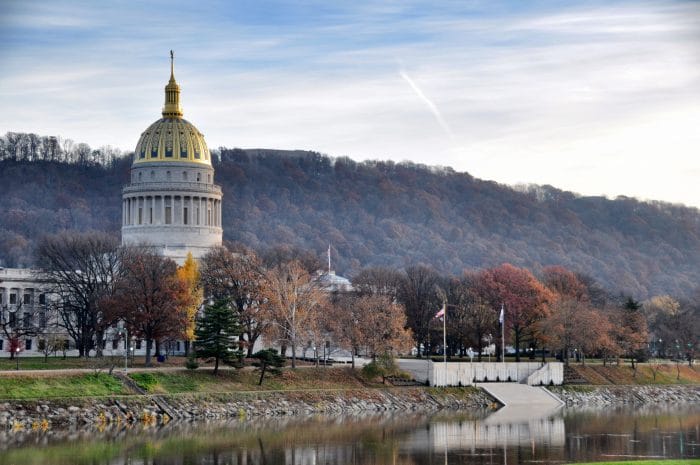 Charleston is the easternmost MSA on this list. In addition to above-average vehicle theft rates, this major commercial center of the Mountain State has a property crime rate that is 75 percent higher than the national average. 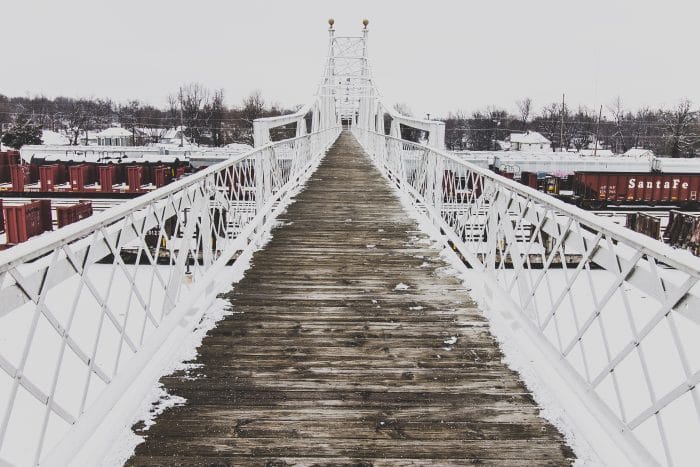 Though it may come as a surprise to some that the greater Springfield area is a major hub for vehicle swipers, police forces in the so-called “Queen City of the Ozarks” are not too stunned. But they credit local education initiatives for seemingly dropping vehicle theft rates in the first half of 2018. 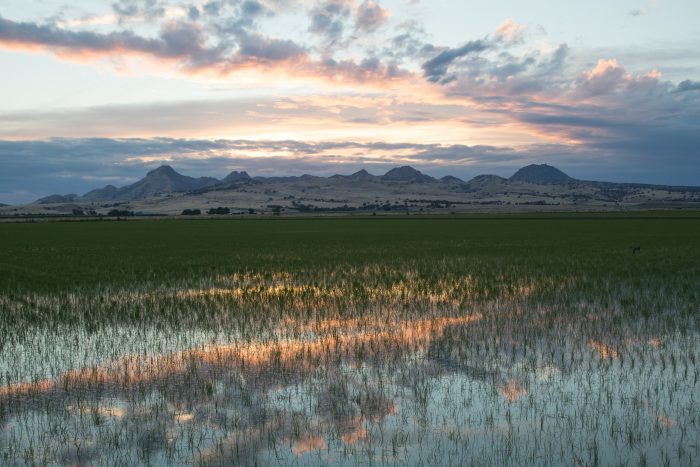 As the commercial hub for Sutter County within the Sacramento Valley, it stands to reason that Yuba City sees a markedly high level of driving—and crime—for this region of the country. Yuba City’s property crime rates are not unheard of; however, its car theft rate contributes to Northern California’s impressive showing on this list. 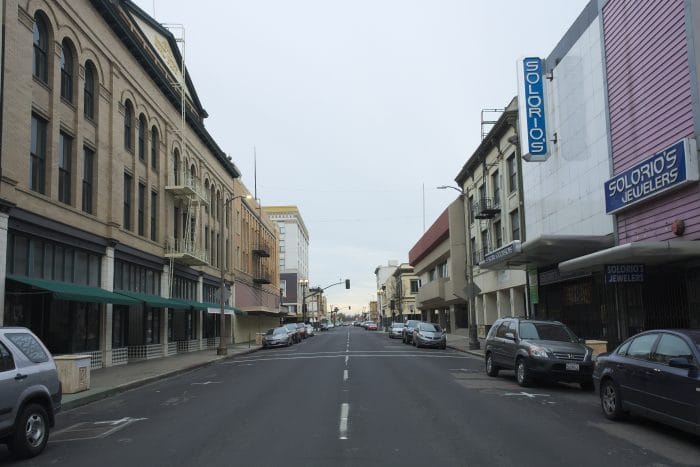 Local officials claim that the Stockton-Lodi increase in vehicle thefts is partially due to repeat offenders who have either not yet faced incarceration or have recently been released. The area’s overall property crime rate is not egregiously higher than the national figure; local police also note that vehicle theft in Stockton-Lodi can sometimes be a seasonal phenomenon. 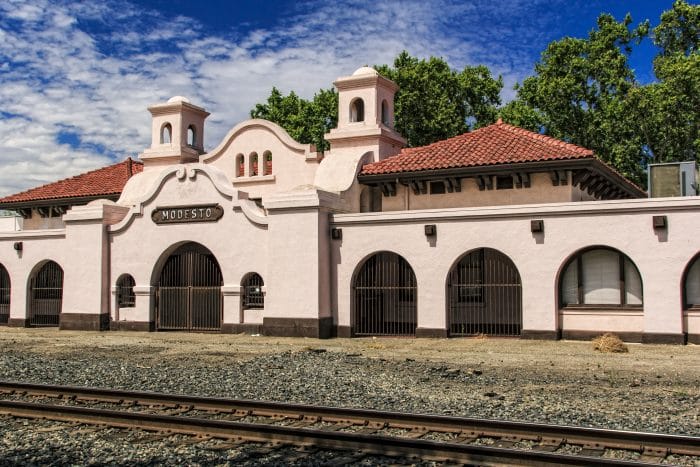 Modesto is no stranger to this list, having ranked as NICB’s number one “hot spot” for many years. But it has finally fallen out of the top five, while still seeing high rates of motor vehicle theft. Why the drop? The Stanislaus County Auto Theft Task Force credits their wide-ranging investigative and public service initiatives, like giving out free steering wheel locks for owners of commonly stolen vehicles. 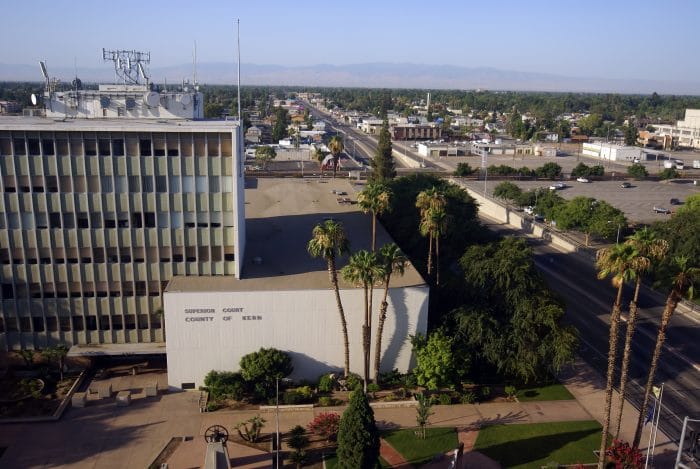 The greater Bakersfield area may see a high rate of auto theft, but the MSA’s titular city has reportedly set plans in place to curb the trend. In 2016, area police determined Bakersfield’s top five most stolen vehicle models and makes, and distributed free anti-theft devices to owners of these vehicles. Bakersfield police claim that the initiative likely reduced motor vehicle theft by 8 to 12 percent. 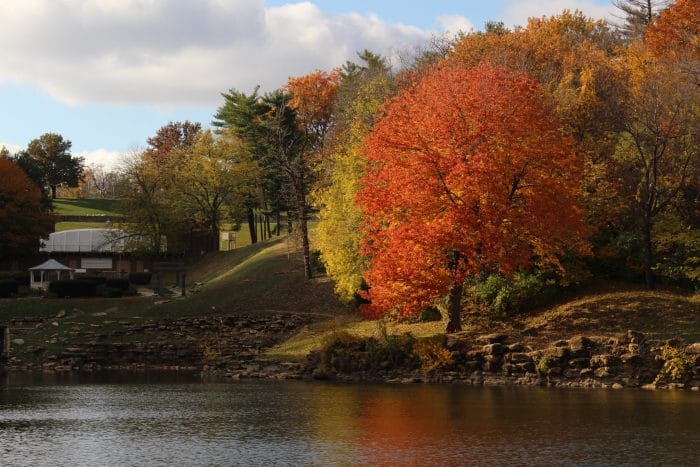 Missouri strikes again. This is the least populous MSA of all regions on this list and also new to the top ten, according to NICB. Local reporting suggests that area police often catch stolen vehicles from across the country in Missouri, right in the middle of the contiguous U.S. states. The overall property crime rate in this area is nearly twice the national average. 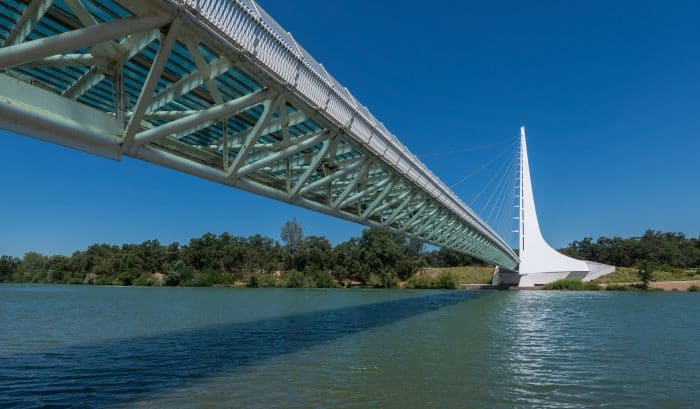 The highest ranking California MSA on this list—and that’s not an easily achieved honor—is Redding. Centered around the City of Redding, this Northern California region is home to the famous Sundial Bridge, Turtle Bay Exploration park, and, evidently, high rates of motor vehicle theft. Its overall property crime rate is roughly 1.3 times that of the national average. 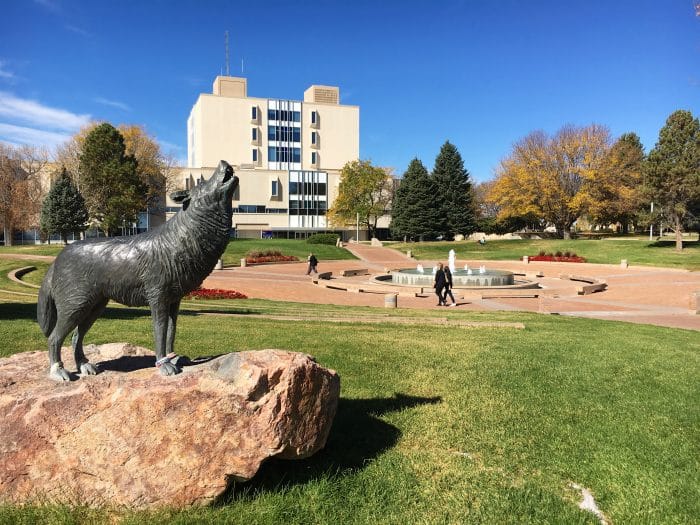 Pueblo locals are aware of their infamously high vehicle theft rates. Furthermore, this MSA’s property crime rate is over twice that of the national average. But Pueblo-area coverage suggests that Pueblo officers are particularly skilled at recovering stolen vehicles, with a recovery rate of 58.4 percent in 2016, according to local reports citing Statista.com. 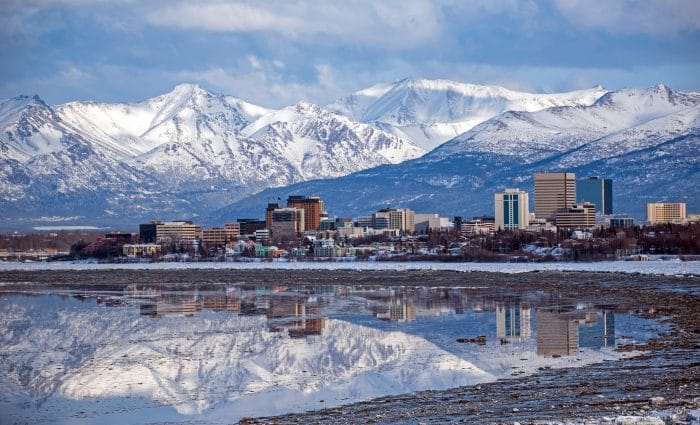 In the most populous city of The Last Frontier, car thefts abound. Though the climate in Anchorage may be subarctic, it’s the property crime stats that are also quite chilling: property crimes occur at a rate 2.3 times higher than the national average. 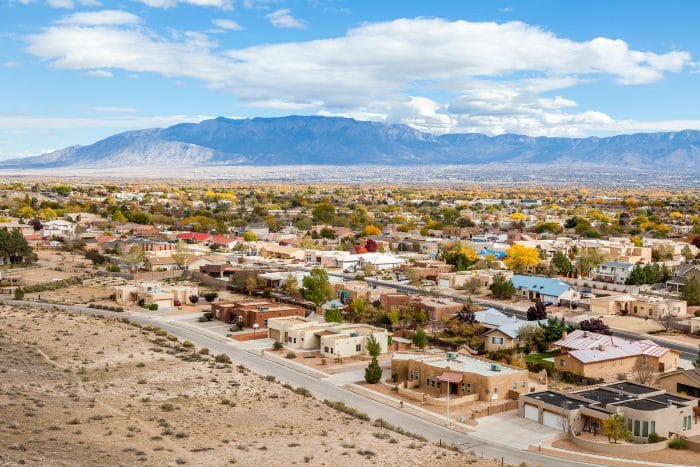 The greater Albuquerque area was ranked number one for car theft rates by NICB; it sees motor vehicle thefts at a rate over 30 percent higher than Anchorage, the next-most offending area. The region also happens to report the highest per capita property crime rate on this list, at a rate over 2.3 times that of the national average. What accounts for this? Local reporting suggests that an understaffed police force certainly doesn’t help. Officials say that practicing strong community policing also might turn the trend around in 2018.

Learn More
Insights>Car Theft Capitals Of The U S