From heavy rain and flash floods to hurricanes and storm surges, flooding is the most common natural disaster in the United States. 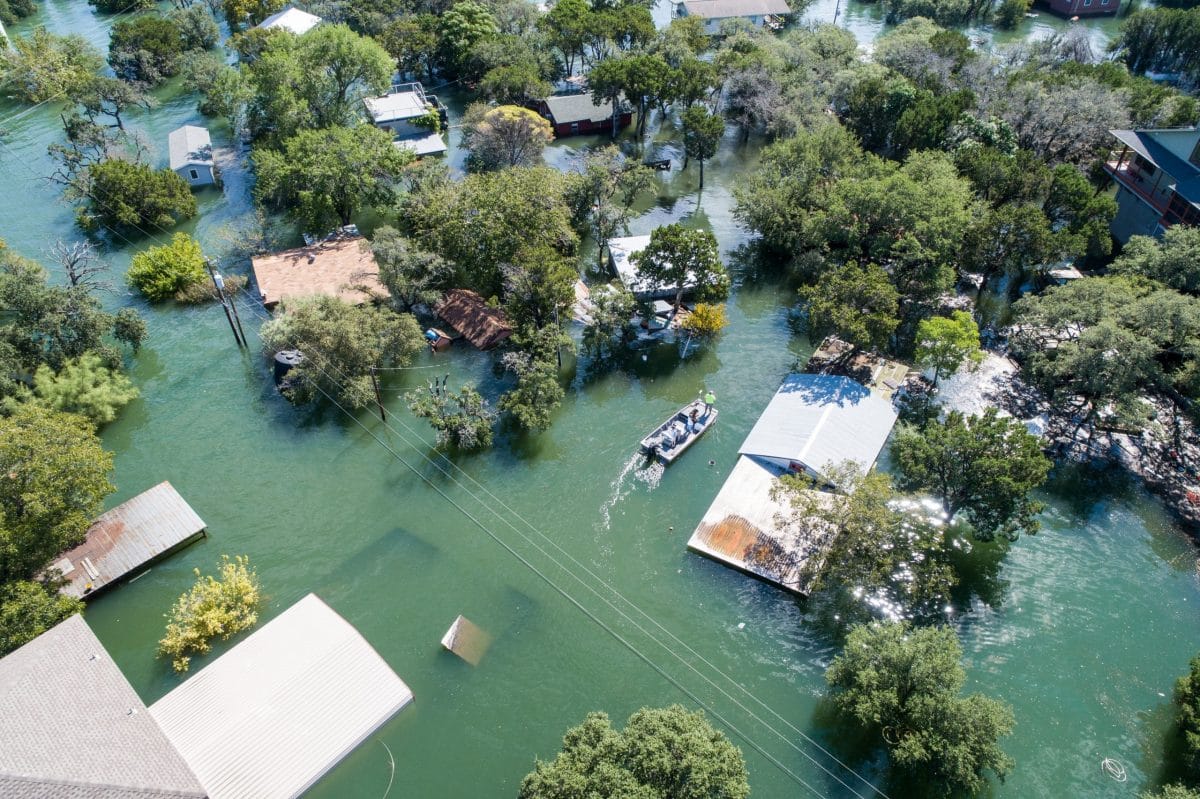 Not only does flooding put over 40 million Americans at risk each year, but it also is incredibly costly. It incurs approximately $20 billion worth of damage to at-risk homes each year, not to mention the additional cost of damage to public property and infrastructure. Rising sea levels and more frequent extreme weather caused by climate change are projected to worsen flooding in the United States with each passing year.

Unfortunately, homeowners are among the hardest hit by flooding. Insurance costs are higher for homeowners in flood zones; in addition to the cost of standard home insurance, flood insurance can add another $900 or more per year. And in the event that a home is flooded, home insurance premiums typically rise. On top of this, a home that sustains water damage tends to decrease significantly in value even after renovations, selling for between 10-20 percent less.

A city’s preparedness and its resources to combat flooding can go a long way. Yet, flooding events — from minor, moderate to major — leave communities floundering in their wake each year. With flood risk on the rise across the United States due to climate change, flood vulnerability looms large as an increasingly costly issue.

To identify the most vulnerable cities to flooding in 2021, researchers at Insurify analyzed environmental and sociological data published by the University of Notre Dame. They assigned each of the United States’ major metropolitan areas a Flood Vulnerability Score based on a combination of factors, from flood probability to social, economic, and governmental preparedness. 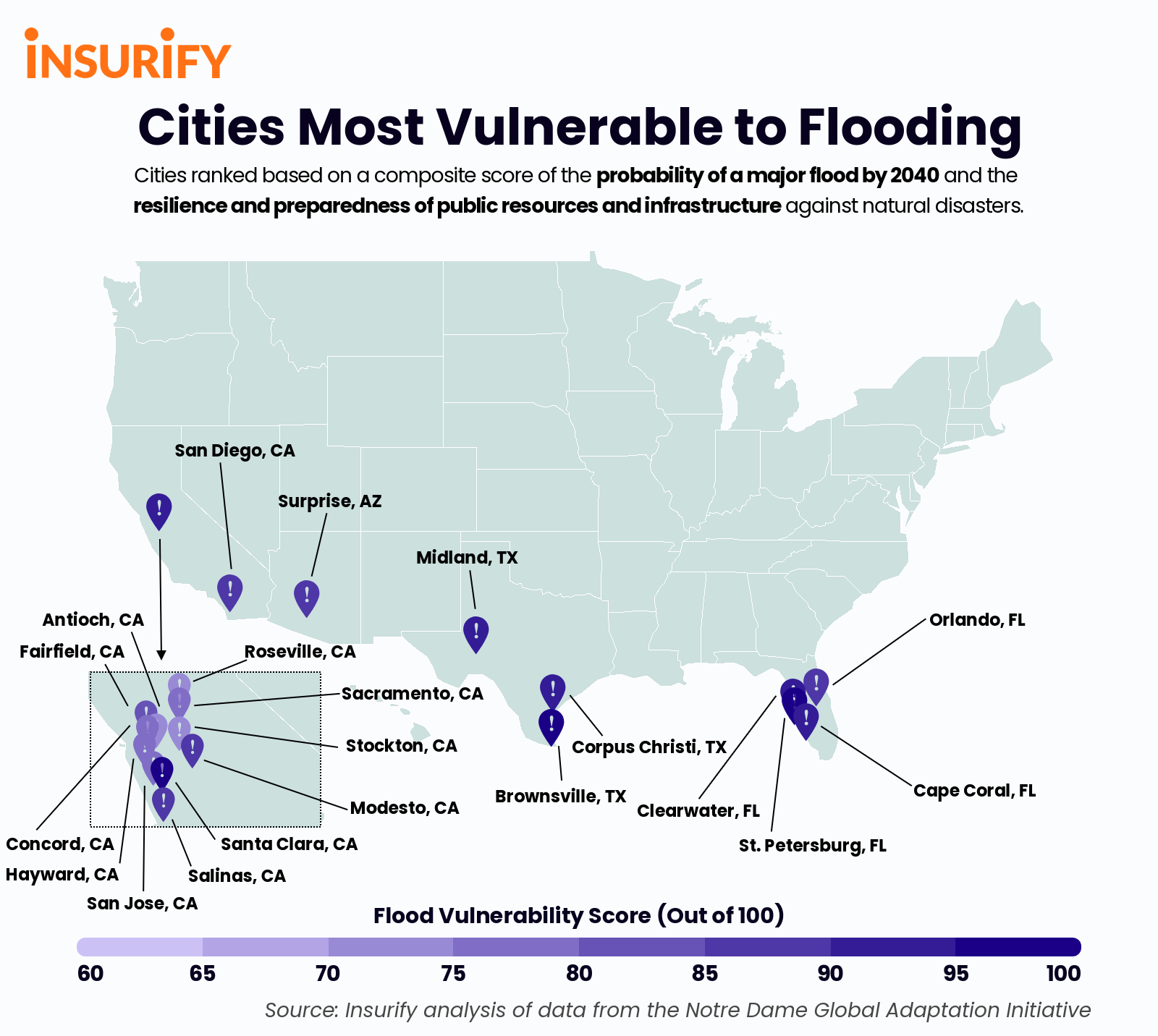 The data science team at Insurify, a website to compare homeowners insurance, referred to data from the University of Notre Dame’s Urban Adaptation Assessment to determine the most vulnerable cities to flooding in 2021. Data on the probability of a major flood within the next two decades (before 2040), the proportion of the population and critical infrastructure exposed to the flooding hazard, as well as the economic, social, and governance measures in place to combat it were gathered from the University of Notre Dame’s Adaptation Assessment. These statistics were used to create a composite score quantifying each city’s relative vulnerability to flooding. Composite scores were then normalized to a 0-100 scale, with a higher score indicative of a higher probability of flooding, higher sensitivity, and lower levels of preparedness. The 20 cities with the highest scores were identified as the most vulnerable in the nation to flooding.

Real estate statistics by city (median listing price and time on market) were gathered from Realtor.com. In order to account for month-to-month fluctuations in these statistics, Insurify’s data scientists took the average of their most recent three months for each city.

The cost of flooding to homeowners in the United States was gathered from the First Street Foundation’s Flood Factor report.

Which city is the most vulnerable to flooding, 2021?

Saint Petersburg, Florida is the most vulnerable to flooding compared to all other metro areas in the United States, with a Flood Risk Score of 100 out of 100. This designation is based on a statistical analysis of climatological and sociological data.

Protect your nest with the best (and most affordable): Home insurance quotes in Texas homeowners can count on.

Everything you need to know about homeowners insurance in Pennsylvania, according to our insurance experts.

Living in Virginia? This is the guide for you. Learn how to save on home insurance quotes in Virginia from the nation’s top providers.