Click here to see the Cities with the Most Aggressive Drivers report for 2022.

Drivers in these cities are the worst offenders when it comes to the most egregious (and illegal) forms of aggressive behavior on the roads. 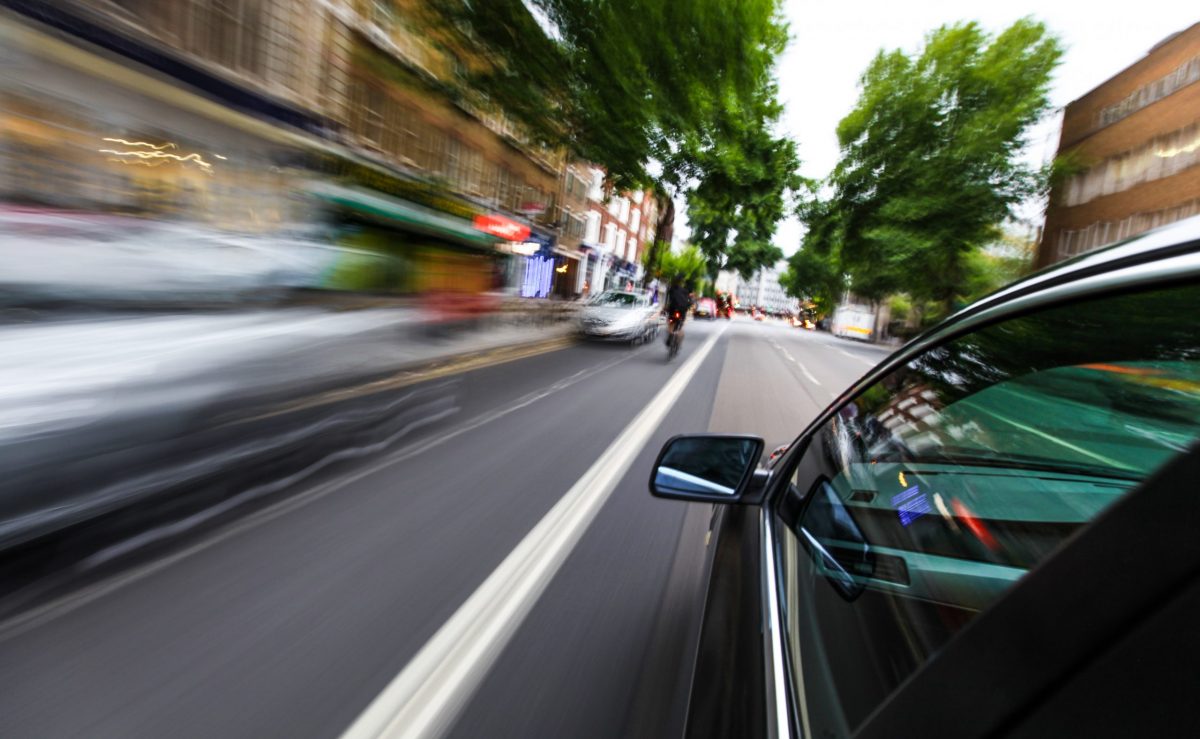 From speeding or tailgating to running red lights, aggressive driving contributes significantly to motor vehicle crashes and fatalities — which, unfortunately, have risen 8 percent over the past year. According to the National Safety Council (NSC), this rise in fatalities is closer to 24 percent when taking total miles driven into account, given that Americans drove less overall in 2020.

It’s a sad reality that aggressive driving behavior has become ubiquitous across the United States. A national survey by the AAA Foundation for Traffic Safety found that nearly 80 percent of drivers reported at least one incidence of aggression, anger, or road rage towards another driver over a one-year period. Not only do aggressive drivers ruin the mood of an otherwise pleasant drive, but they endanger themselves and everyone around them. Aggressive drivers can be found from coast to coast, but the degree to which drivers engage in aggressive behavior varies considerably by city. 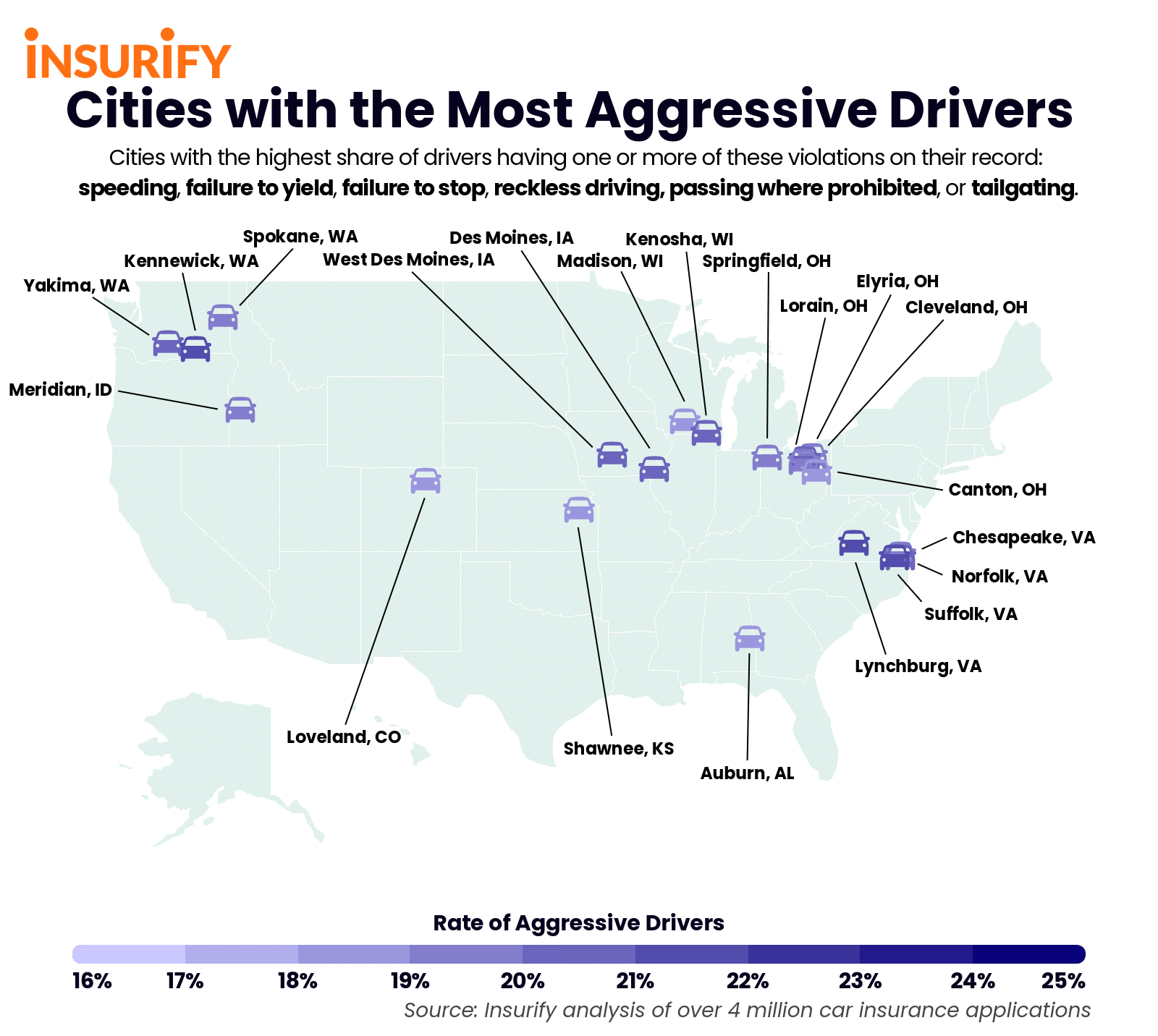 The data science team at Insurify, an auto insurance comparison website, referred to its database of over 4 million insurance applications to determine the cities with the most aggressive drivers.

Insurify’s data scientists calculated the proportion of drivers with one or more of these violations on their record for each city. The top twenty cities with the highest proportion of these drivers were ranked as the cities with the most aggressive drivers. In this study, cities were defined based on the United States Census Bureau’s classification of an “urbanized area,” an urban area with a population over 50,000.

Which city has the most aggressive drivers?

As of 2021, Kennewick, WA has the most aggressive drivers in the nation. Across all cities in the United States, 12.22% of drivers have been cited for aggressive driving.

These 20 U.S. Cities Have the Most Aggressive Drivers

Auto insurance comparison is the best way to secure the policy that most closely fits your coverage needs and budget.

Owning a car in the Bluegrass State can be costly, but that doesn’t mean your car insurance should break the bank. How to find cheap auto insurance in Kentucky.

Living in the Beehive State? Take the sting out of your auto insurance costs and see where to find car insurance in Utah drivers can trust.

Texans should look no further for cheap auto insurance in Texas.

Living in the Golden State? Our experts weigh in on finding cheap auto insurance in California drivers can count on.

Insurify’s one-stop comparison guide for car insurance quotes in Michigan is just a click away.

Life just got a whole lot sunnier in the Sunshine State: everything you need to know about finding auto insurance in Florida drivers can afford.

Finding cheap auto insurance in Georgia is easier than you’d expect, particularly when relying on car insurance comparison to locate the best rates.