Insights>Car Models With The Best Drivers

According to the data, these ten vehicles tend to attract better drivers than most. 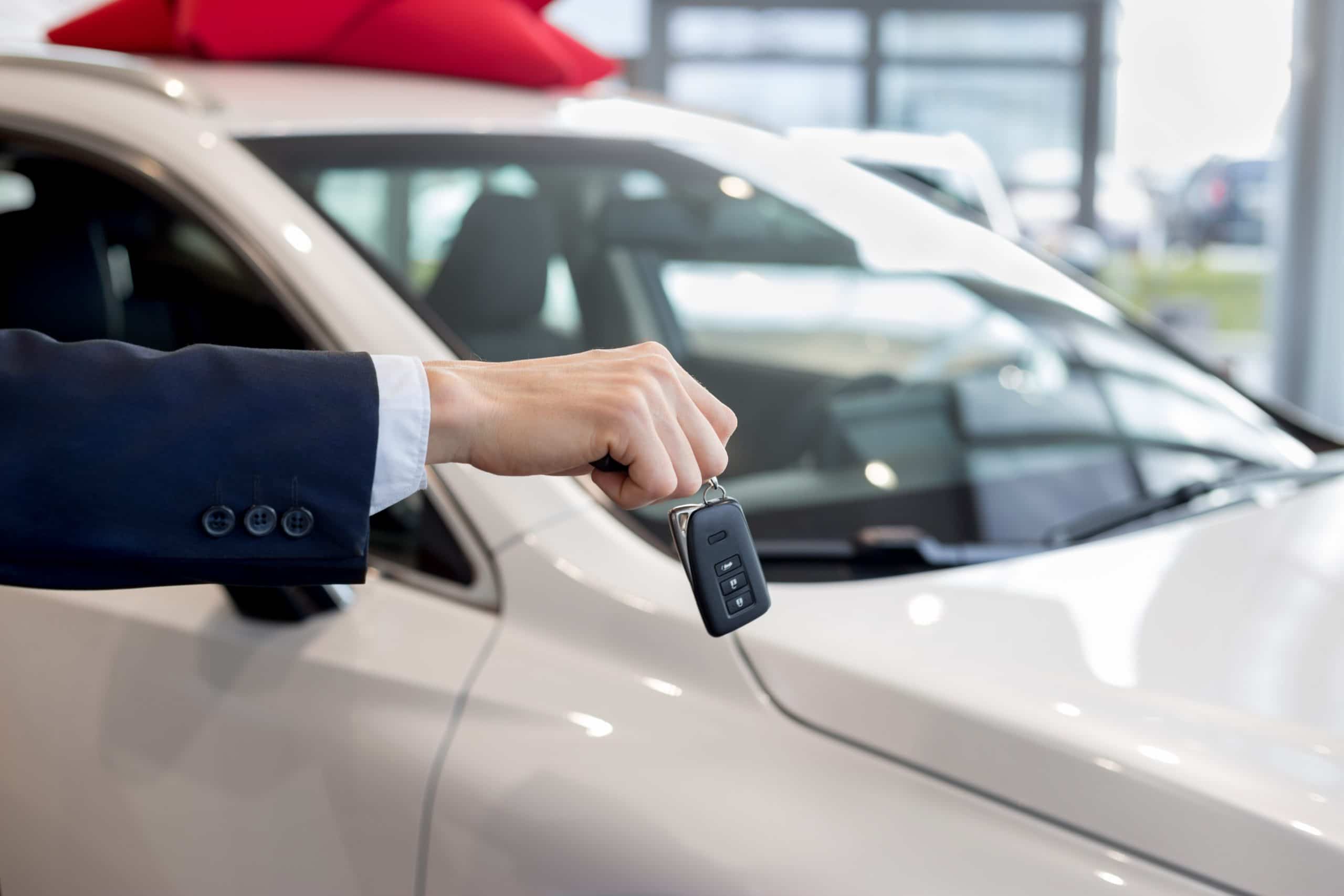 Chivalry may be dead, but rest assured that skilled and courteous drivers are still out there. It’s much easier to remember — and resent — the driver who ran a red light, who rudely sped past you in the right-hand lane, or even who caused an accident that slowed traffic to a crawl. Yet for every bad driver, many others exist whose courteous and lawful behavior flies under the radar. It can be hard to recognize good drivers for what they are because they work to make the experience for other drivers more seamless and less stressful.

While it should be a given that anyone who gets behind the wheel is looking out for their and others’ safety, certain drivers stand out from the rest for all the right reasons. Curious to see what cars the best drivers prefer, the researchers at Insurify turned to the data. 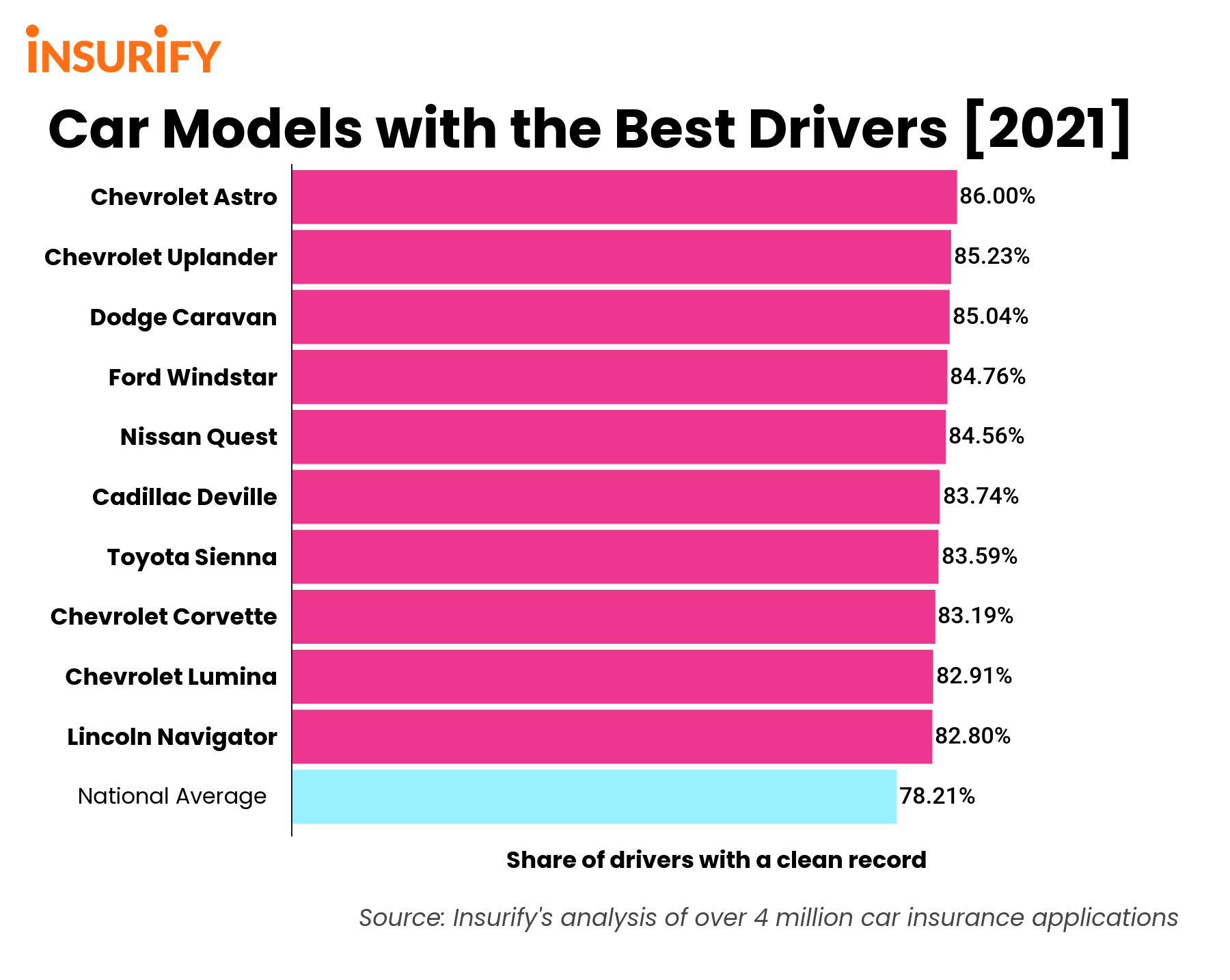 The data scientists at Insurify, a site to compare auto insurance rates, referred to their database of over 4 million car insurance applications to identify which cars are driven by the best drivers. When applying for car insurance, applicants disclose the make and model of their vehicle, in addition to any prior infractions on their driving record. Insurify’s analysts compared the number of drivers with at least one violation, from at-fault accidents and speeding to tailgating and hit-and-runs, to the total number of drivers for each car model in the database. The car models with the lowest rate of infractions, or the greatest proportion of drivers with a clean record, were identified as having the best drivers.

Vehicle body type and MPG data were gathered from the manufacturer’s website. The listed body type reflects that of the particular vehicle’s most recent generation.

What cars do the best drivers drive?

Car Models with the Best Drivers

The Lincoln Navigator is somewhat of an outlier in the rankings of the vehicles with the best drivers. While this luxury SUV stands out from the older minivan models that comprise the majority of the top ten, its drivers are just as excellent. Drivers of the Lincoln Navigator are cited for driving infractions 22 percent less often than the national average, making them the tenth-best drivers in the nation.

Where can I find no license car insurance near me? It is possible! See what Insurify’s experts have to say about getting the best coverage for you.

With the ninth-highest rate of clean records in the nation, Chevy Lumina drivers are among the best around. In fact, they’re ticketed for illegal behavior 22 percent less than the average American driver. While the Lumina is no longer in production in North America, the practical sedan still maintains its reputation as a reliable ride.

The Chevrolet Corvette — perhaps surprisingly — has the eighth-highest rate of drivers with clean records in the nation. The Corvette’s athletic and flashy presence certainly turns heads, but the data suggests that Corvette drivers tend to be relatively tame, with a traffic incident rate that’s 23 percent below the national average.

Save time and money by comparing auto insurance quotes with Insurify.

Compare with Insurify and get SR-22 insurance quotes in minutes. Saving money has never been easier.

The Sienna is not only one of Toyota’s most long-standing minivan models — in 2021, it’s entering its 24th year of production — it’s also the vehicle of choice for some of the nation’s best drivers. Drivers of the Toyota Sienna are cited for traffic violations a full one-fourth fewer times than the average driver. Not only are Sienna owners model drivers, but those looking to buy the new Sienna will be eco-conscious ones as well; every configuration of the 2021 Toyota Sienna is a hybrid vehicle.

This dependable town car, touted for its roomy trunk, smooth ride, and powerful yet quiet engine, is sixth in the nation for its superb drivers. Cadillac Deville drivers have a driving infraction rate that’s 26 percent lower than the national average. In 2005, fifty six years after Cadillac’s original Deville model hit the world stage, the Deville was discontinued and rebranded as the Cadillac DTS. However, its drivers still continue to embody its legacy as a classy, yet practical, vehicle of choice.

Find cheaper car insurance companies than what you’re paying for now by comparing with Insurify.

Math is hard, so let us do it for you! Insurify’s car insurance estimator takes the legwork out of finding the cheapest quotes based on your personal profile and history.

Drivers of the Nissan Quest are the fifth-best in the nation. Quest drivers violate driving laws at a rate that’s 30 percent less than the national average.  Described as “not a minivan” but rather “the family limo” by Nissan, the Quest is not only the first Japanese-brand minivan to be manufactured in the U.S., but is only one of the two foreign-brand vehicles to make the top ten rankings. While the Quest line was discontinued in 2016, its drivers’ good behavior maintains its reputable image.

Drivers of the Ford Windstar are blessed with some star power of their own, as they hold the fourth spot in the rankings of the vehicles with the best drivers. Ford Windstar drivers are written up for driving infractions 31 percent less often than the average driver. Since its inception in the 1990s, the Windstar was marketed as a reliable and safe minivan until its discontinuation in 2003. The Ford Windstar may have lacked a competitive edge over other minivans of its time, but it’s clear that those who did make the choice to go with the Windstar are considerate and attentive while behind its wheel.

The Dodge Caravan may not have the best track record of functionality — multiple Caravan model years have had recalls for engine, air conditioning, and transmission shifting issues over the past decade — there is a silver lining for this minivan underdog. Dodge Caravan drivers have the third-highest rate of clean records in the nation. Perhaps unsurprisingly the Caravan was discontinued in 2020, but its drivers continue on as prime examples of safety-first driving.

The Uplander is no ordinary minivan, but rather it’s a “cool crossover sport van,” at least according to Chevrolet. Whether or not this rebranding successfully shed the minivan’s historically dorky image, one thing is clear about the Uplander: it attracts some of the best drivers. Drivers of the Chevy Uplander have an incident rate that’s a whopping 33 percent below the national average.

Maybe it’s written in the stars, or maybe great drivers just happen to really like this car. Either way, the Chevrolet Astro has the best drivers in the nation. Astro drivers are cited for bad driving behavior 36 percent less frequently than the average roadster, making their share of drivers with clean records the highest on the roads. After debuting in 1985, this large family vehicle-slash-cargo van attracted hordes of loyal drivers over the years but was pulled off production lines in 2005. However, Astro fans have kept their faith, even creating online petitions and sites like BringBackTheAstro.Com to show their support. It’s clear there’s something special about this minivan and its loyal fans.