The daily commute is a challenge for anyone working in person these days, and residents in these cities suffer the longest and most congested treks of all. 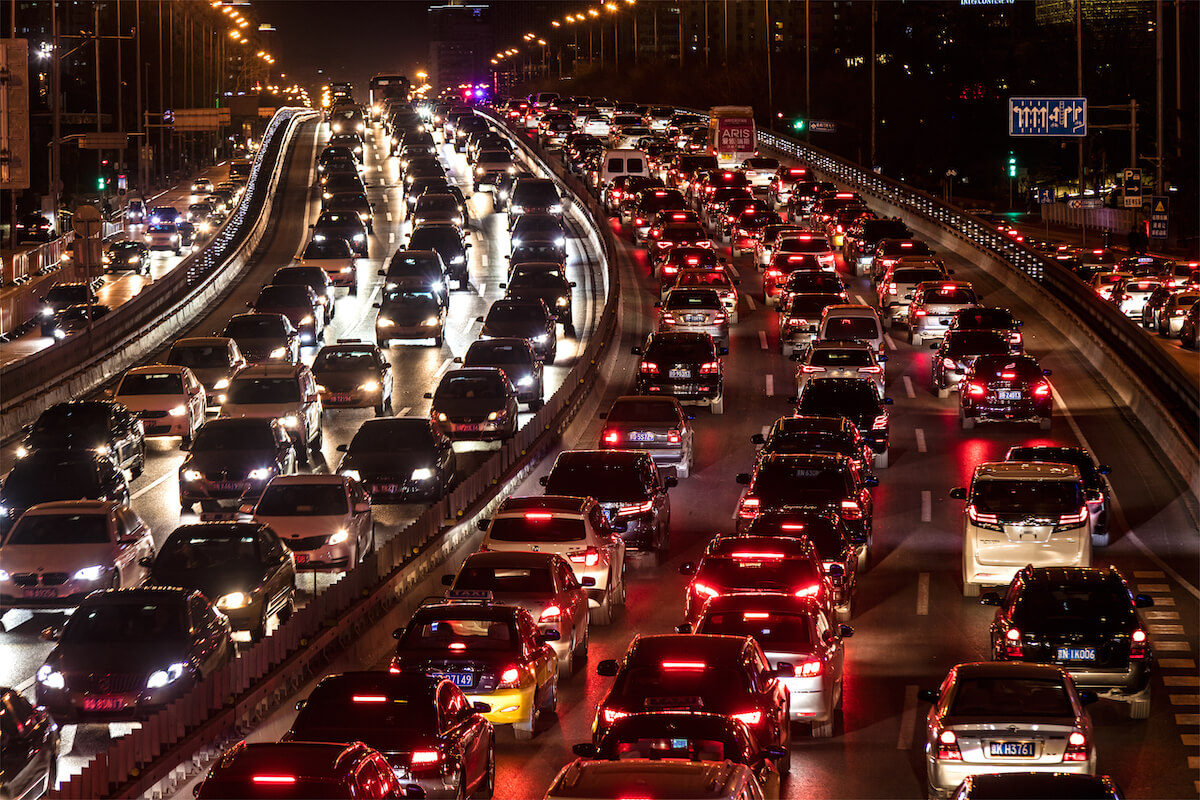 While the work-from-home revolution has taken the country by storm over the past couple of years, many Americans are now returning to the office at least a few days a week. As a result, roads are getting more congested and public transportation more crowded during peak commute hours. Public transit use is up nearly 38% year over year as of May 2022;[1] at the same time, overall U.S. driving mileage has started to top pre-pandemic levels. Needless to say, no matter how Americans are getting to work, their commute is as busy as ever.[2]

These days, everyone’s commute is a challenge, but some cities have high traffic congestion, a sprawling urban footprint, or other characteristics that make traveling to work even longer and more difficult. Curious to see where residents face the most arduous treks to and from the office, the data scientists at Insurify, a platform to compare auto insurance quotes, turned to their database of over 4.6 million car insurance applications, as well as data from the U.S. Census Bureau and INRIX, to determine America’s worst cities for commuters in 2022. 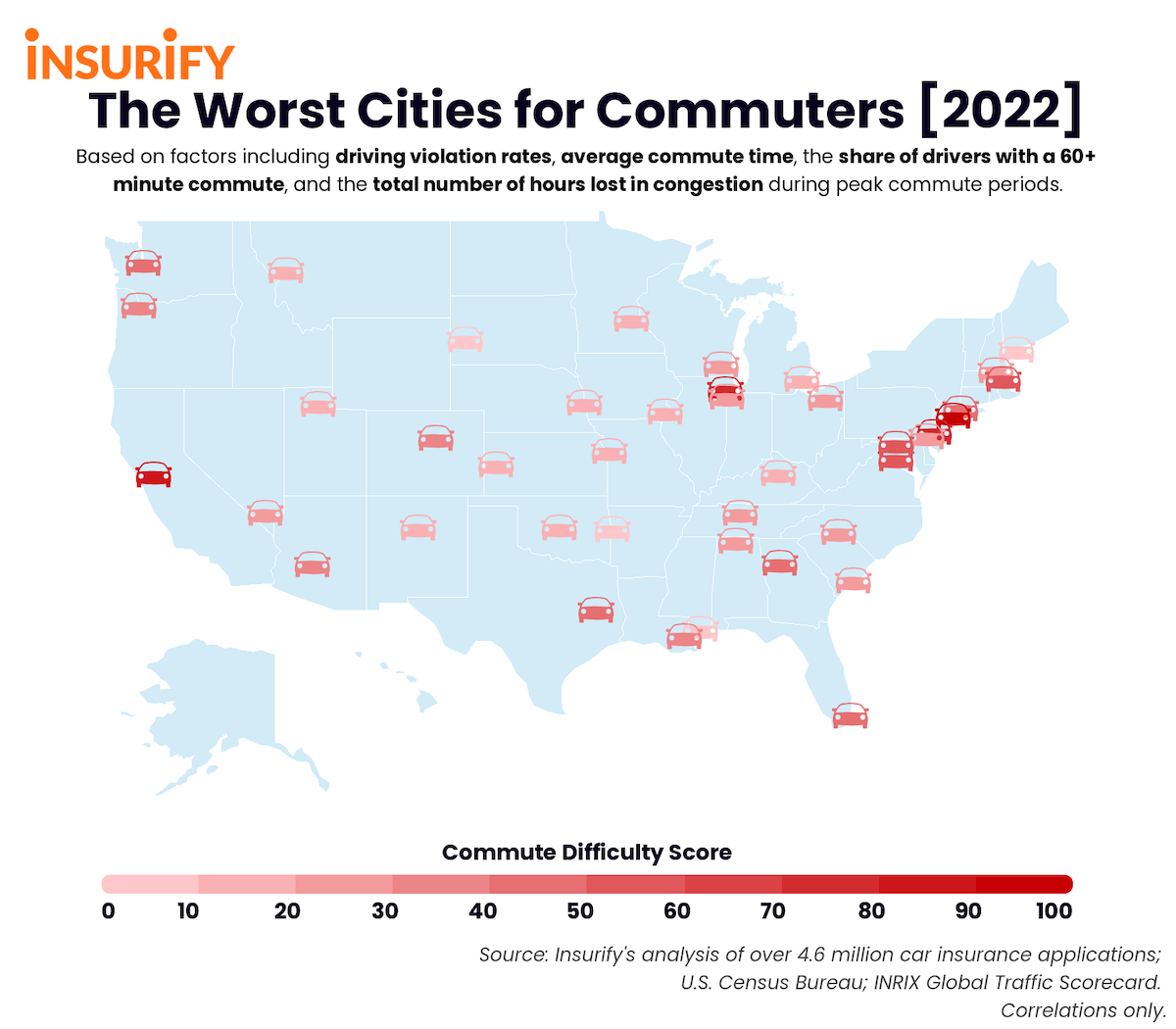 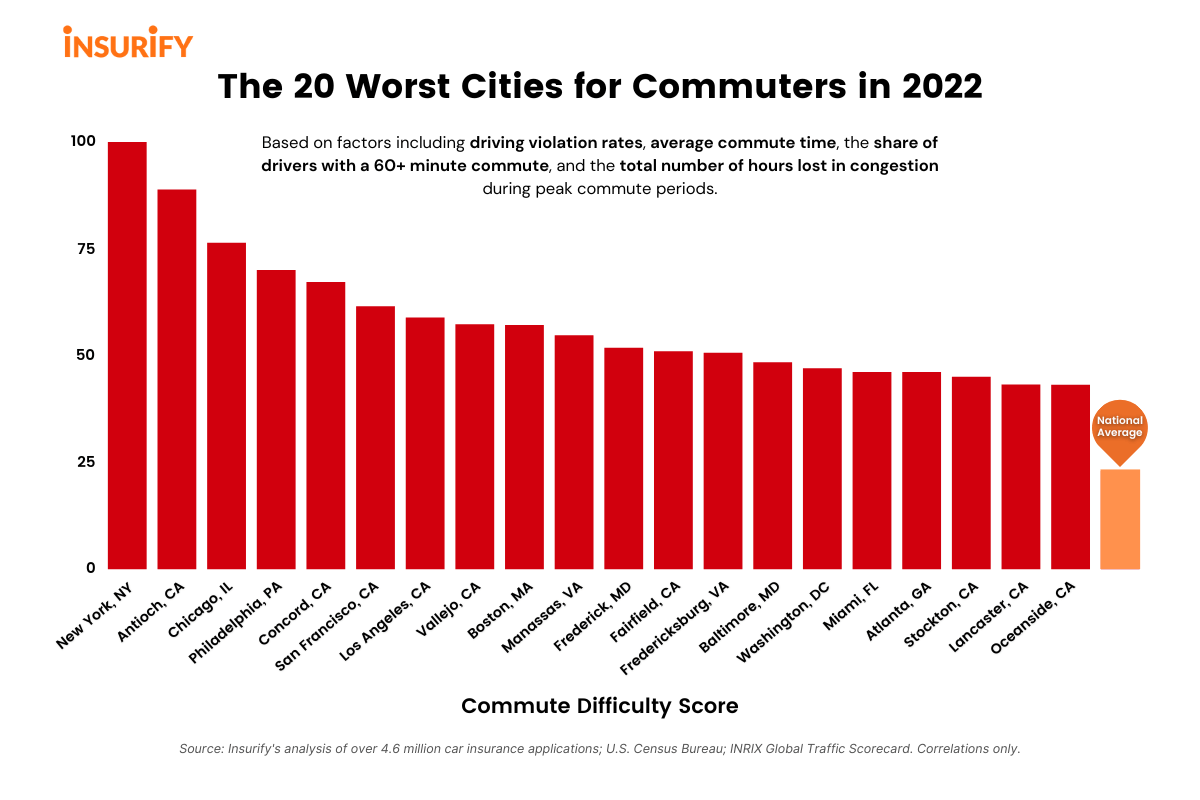 The data scientists at Insurify, an online insurance comparison tool, referred to both publicly accessible and proprietary data to identify the city with the worst commute in each state. They ranked cities’ commute difficulty based on a composite score of factors, including commute time, driver safety, and traffic congestion levels.

City-level data for average commute time and the share of residents whose commutes are 60 minutes or longer is from the U.S. Census Bureau’s most recent American Community Survey, which considered full-time workers over the age of 16 who do not work from home.[3] Longer commute times and greater percentages of residents with 60+ minute commutes contributed to higher Commute Difficulty Scores for cities.

Insurify’s data science team derived driving infraction rates from its database of over 4.6 million car insurance applications. When applying for car insurance, drivers disclose their city and state of residence, in addition to any prior violations on their driving record. For each city, Insurify’s researchers calculated the numbers of drivers with at least one violation on their record and compared it against the overall driving population. Cities with higher rates of drivers with infractions on record received higher Commute Difficulty Scores.

Which city has the worst commute in America?

Perhaps unsurprisingly, New York, New York, is the worst city for commuters in 2022. Residents of the city spend an average of 41.4 minutes commuting each way to work, and a whopping 26.9% of residents spend over 60 minutes traveling to or from the office.

The City with the Worst Commute in Every State (2022)