Drivers in these twenty U.S. cities have racked up the most moving violations in the nation, earning them the title of America’s worst drivers in 2021. 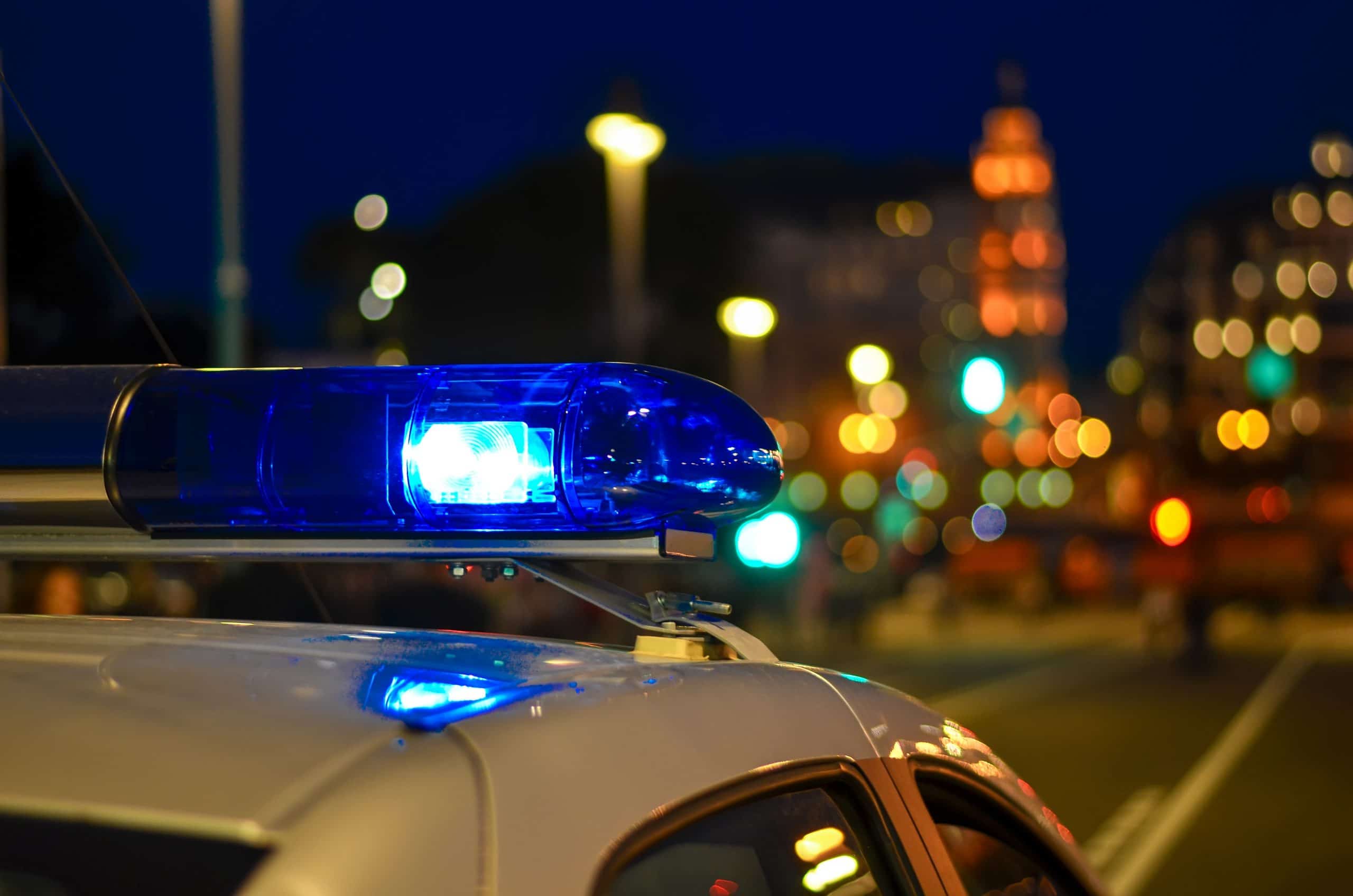 As cities reopen this year, many of us are eager to get “back to normal” after a year of uncertainty and isolation. A semblance of life outside of lockdown is taking shape as restaurants, bars, concerts, and other large in-person gatherings reopen in full force, to many city dwellers’ relief.

At least one aspect of pre-pandemic life that most have not missed is also on the comeback: traffic. According to the Institute for Transportation and Development Policy, car traffic is on the rise this year. In certain cases, traffic levels have even begun exceeding pre-pandemic levels as of March 2021.

While it’s exciting that there are places to go again, driving to get to them is not always painless. In fact, sharing the road with drivers who flout the rules of civil traffic conduct can be downright stressful. In some cities, these ill-behaved drivers are, unfortunately, more common than in others. To see which cities are home to the worst drivers in 2021, the research team at Insurify referred to their database of over 4 million car insurance applications. 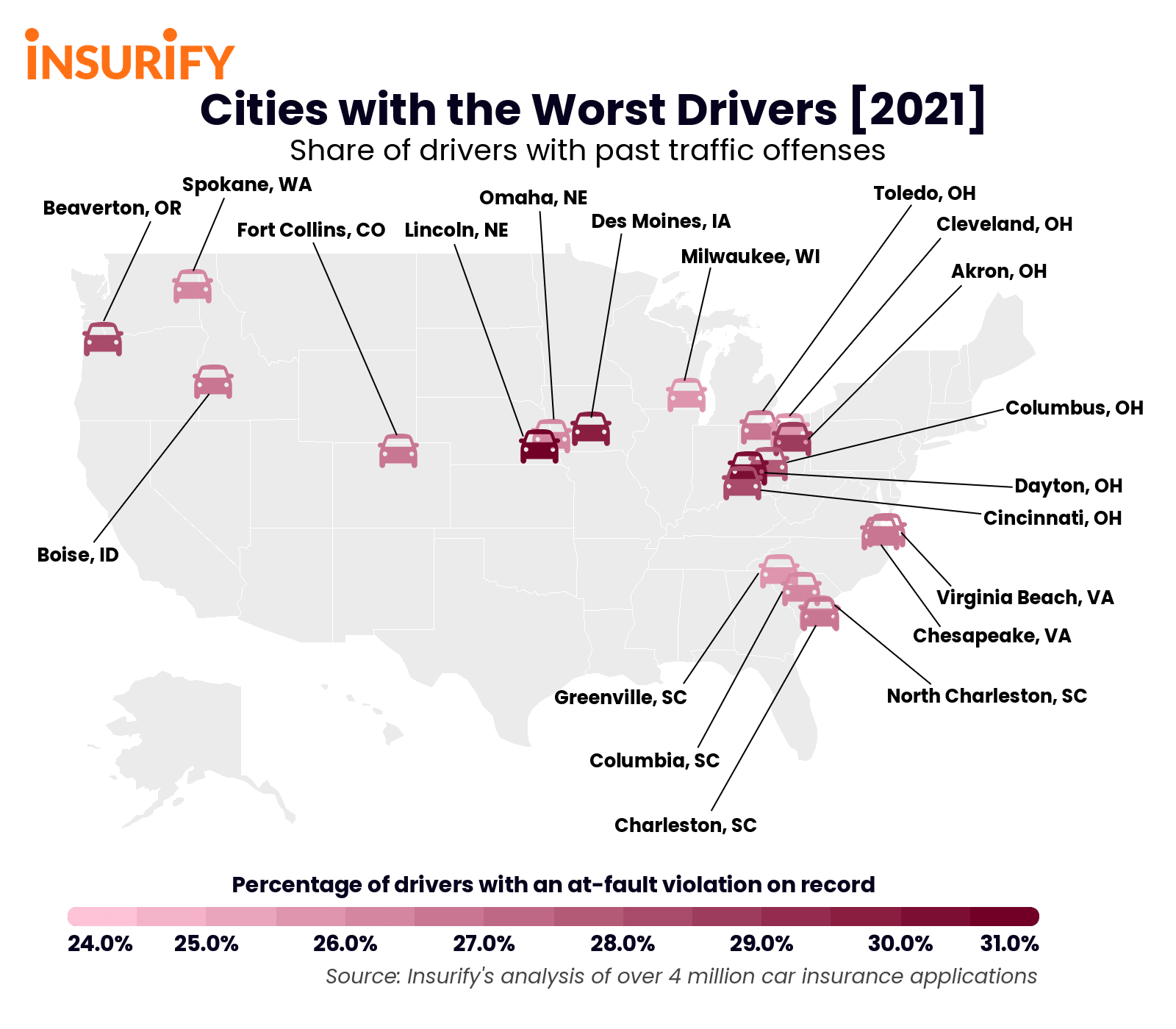 To identify the cities with the worst drivers, the data scientists at Insurify, a car insurance comparison site, referred to their database of over 4 million car insurance applications.

When applying for car insurance, users disclose their city and state of residence and any prior violations on their driving record. Insurify’s data scientists compared the number of drivers with one or more at-fault violations on record (including accidents, DUIs, failures to stop, speeding, reckless driving, passing violations, and other citations for illegal driving behavior) to the total number of drivers applying for car insurance in each state over the past year. The cities with the highest proportion of drivers with at-fault incidents on record earned a spot in the rankings of the cities with the worst drivers in America.

In this study, cities were defined based on the United States Census Bureau’s classification of an “urbanized area,” an urban area with a population over 50,000.

In 2021, Lincoln, Nebraska has the worst drivers in the nation. Lincoln has the highest percentage of drivers with at least one at-fault violation on record, at 30.79%. Ohio is home to the most cities with bad drivers: Dayton, Akron, Cincinnati, Columbus, Toledo, and Cleveland also have some of the worst drivers.

Cities with the Worst Drivers, 2021

Compare car insurance quotes in Florida with Insurify and get the best rates in the Sunshine State.

Insuring your vehicle in the Bluegrass State does not have to break the bank. Insurify’s experts wrote the guide to getting cheap car insurance in Kentucky to help drivers find the best quotes for their budget.

Sooner State drivers can get cheap car insurance in Oklahoma sooner by comparing quotes in real-time with Insurify.

Looking to protect your vehicle in SC? Get real-time, personalized car insurance quotes in South Carolina, all in one place when you compare with Insurify.

Save money on your auto insurance premium by getting the cheapest car insurance quotes in Arkansas on Insurify.com.

Insurify’s experts are here to show Show-Me State drivers how to get the best rates for cheap car insurance in Missouri, so drivers can start saving on their premiums today.

Shopping for auto insurance is easier when you can compare all possible quotes in one place. Luckily, Insurify’s got NC drivers covered for finding personalized car insurance quotes in North Carolina in real-time.

Auto insurance does not have to break the bank! Insurify’s experts wrote the guide to finding cheap car insurance in Oregon so Beaver State drivers can pay less to protect their vehicles ASAP.

Cities With The Worst Drivers 2021