Your car’s color can be a practical choice, an expression of your individuality, or even a chromatic extension of your personal brand. But can it be an indicator of your driving behavior? 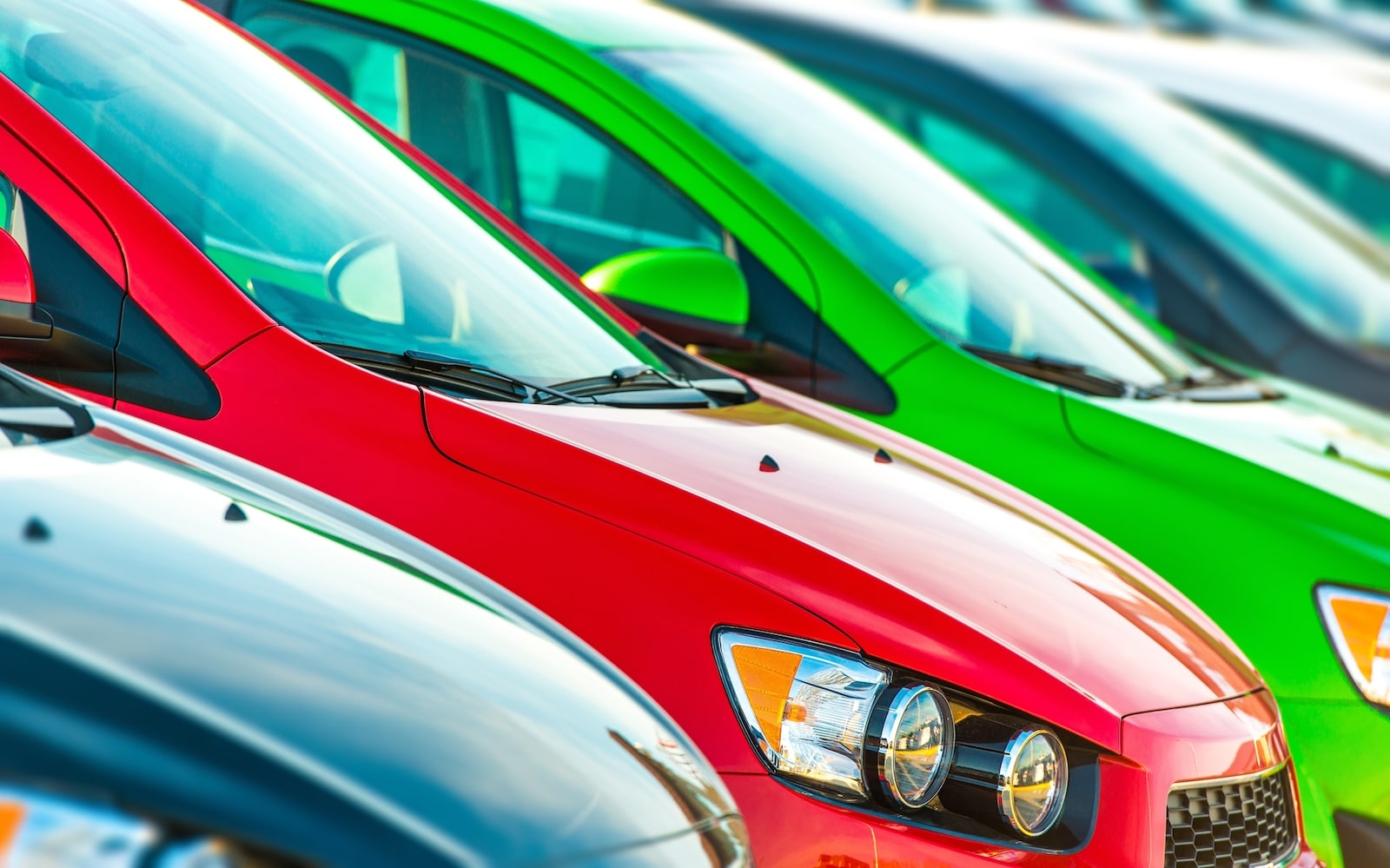 For a while now, the age-old insurance myth that “drivers of red cars have to pay higher premiums” has been busted by industry pros and novitiate content writers alike. Citing officials from the Insurance Information Institute, CNBC has reported in the past that there’s no causal or correlative relationship between car color and insurance premiums. As the myth persists, though, the number of surveys and think pieces trying to invalidate it increases. But do any of these naysayers have the data to back up this debunking?

The data scientists at Insurify can put this rumor to rest once and for all. They recently conducted a survey of insurance shoppers asking them about the color of the primary car on their policy, and analyzed their driving records to quell the rumors once and for all. To boot, they also found some fascinating insights regarding car color and other features of car ownership.

If you’re on a mission to compare car insurance quotes for 2019, look no further than these top-notch sites.

The data scientists at Insurify, a car insurance comparison website, collected data from their database of over 1.5 million car insurance applications, which ask questions about driving history, vehicle type, and other personal data from the past seven years. Some shoppers were also surveyed at random about the color of the primary car covered in their policy. From the response data, Insurify’s data team was able to determine the significant differences in reported driver behavior (and other data) between respondents.

Does the color of your car affect your insurance rate?

No, car color won’t affect your insurance rates. Our data indicates that there is not a statistically significant correlation between car color and driving behavior.

Here were the official results of the survey:

For once, silver takes the gold, with nearly one-fifth of respondents having reported primarily driving a silver car. Neutral, achromatic tones seemed to dominate here.

Looking at the data more closely, it becomes clear that silver cars were chosen by consumers at a statistically significant rate. For motor vehicles classified as cars (not vans or trucks), silver was 1.1 times more likely to be reported as a primary car color than any other color on the list. It may seem like a thin margin, but the numbers really do reaffirm silver’s supremacy.

Insurify’s car insurance calculator is your first step to major savings. Check it out now!

Get all of your SR-22 insurance questions answered here.

On a tight budget? Low cost auto insurance discounts are at your fingertips with these new rates for 2019. 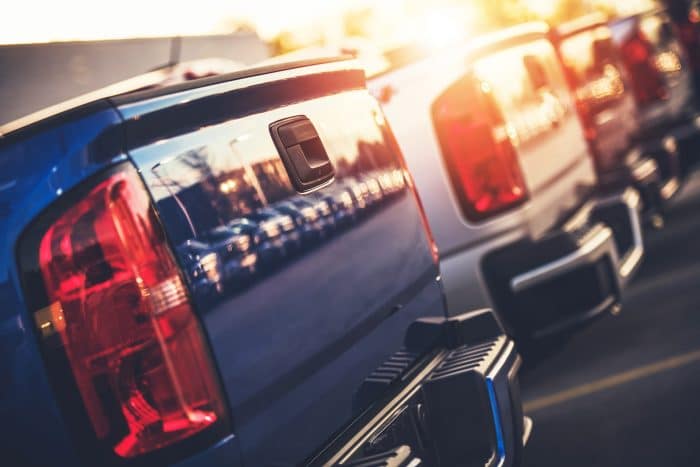 Car color might also correlate with vehicle body type when it comes to heavy-duty makes. For instance, a mere 1.7% of black vehicles could be classified as vans. (The mental image is a bit disturbing, so perhaps this stat checks out.) Vehicles of any color other than black were 2.9 times more likely to be classified as a van than black vehicles. Of note is that green vehicles, in particular, were 4 times more likely to be a van than black ones. It begs the question: could the VW Type 2 panel van be making a green-colored comeback?

As for pickups, although red is a less popular car color overall, 15.4% of red-vehicle drivers were also truckers. This means that red vehicles were likely to be classified as trucks at a rate 1.7 times higher than all other colors. And while silver remained the popular choice for smaller vehicles, only 6.3% of all “silver” respondents reported owning a truck.

For those who can afford them, so-called luxury vehicles offer cutting-edge technological add-ons, superior horsepower, sleek aesthetics, and often the comfiest seats. But besides their swanky interiors, these ravishing rides might also possess certain paint jobs at significantly higher rates.

Perhaps unsurprisingly, luxury cars were more often found in neutral tones, such as black (13.7% of all reported vehicles of this color) and silver (8.6%). In fact, black vehicles were 1.8 times more likely to be considered “luxury” than their silver or colored counterparts. And while we’d never consider red cars to be anything but the epitome of class, they did underperform here—they’re roughly 2 times less likely to be a luxury vehicle than any other color represented in the survey. 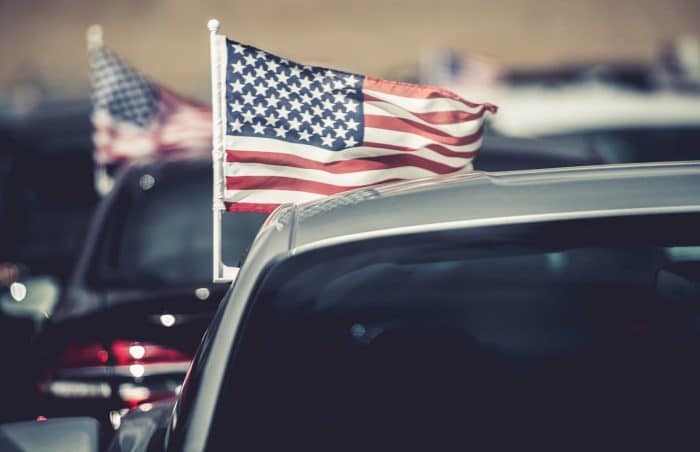 Call America what you want, but you can’t deny its cars are colorful. When it came to domestic vehicle ownership, 62.1% of red vehicles were American makes. That means red vehicles were 1.2 times more likely to be from domestic brands than vehicles of all other colors. The majority of white, blue, and black cars also came from stateside brands, while only 47.6% of silver cars were American-born. When it comes to foreign vehicle production, it seems that silver has that international edge.

For a bit of patriotic whimsy, let’s explore how the colors of Old Glory fared for this category of car:

Perhaps that’s because our data supports the fact that car color and driving behaviors do not correlate at statistically significant rates. What about for speeding tickets? Surely drivers of red cars are singled out more than their more nondescript blue or black counterparts! Nope, no correlation. DUIs? Nada. Accidents? Zilch.

As it happens, however, one statistically significant stat that bucked this overall trend (or lack thereof) did prove interesting: drivers of red vehicles were 2.1 times more likely to have received a speeding ticket in the last seven years than drivers of green vehicles.

But for lack of any real evidence behind the red-car insurance myth, let’s just chalk it up to paranoid hot-rod drivers convinced that traffic cops have it out for them. It’s the only explanation.