Insights>States With Most Repeat Driving Offenses

For some drivers, perhaps the third chance is the charm. It’s no secret that American states differ in their driving behavior. But which have the most re-offenders and what kind of charges are they racking up?

For many, causing an accident or being pulled over serves as a wake-up call — 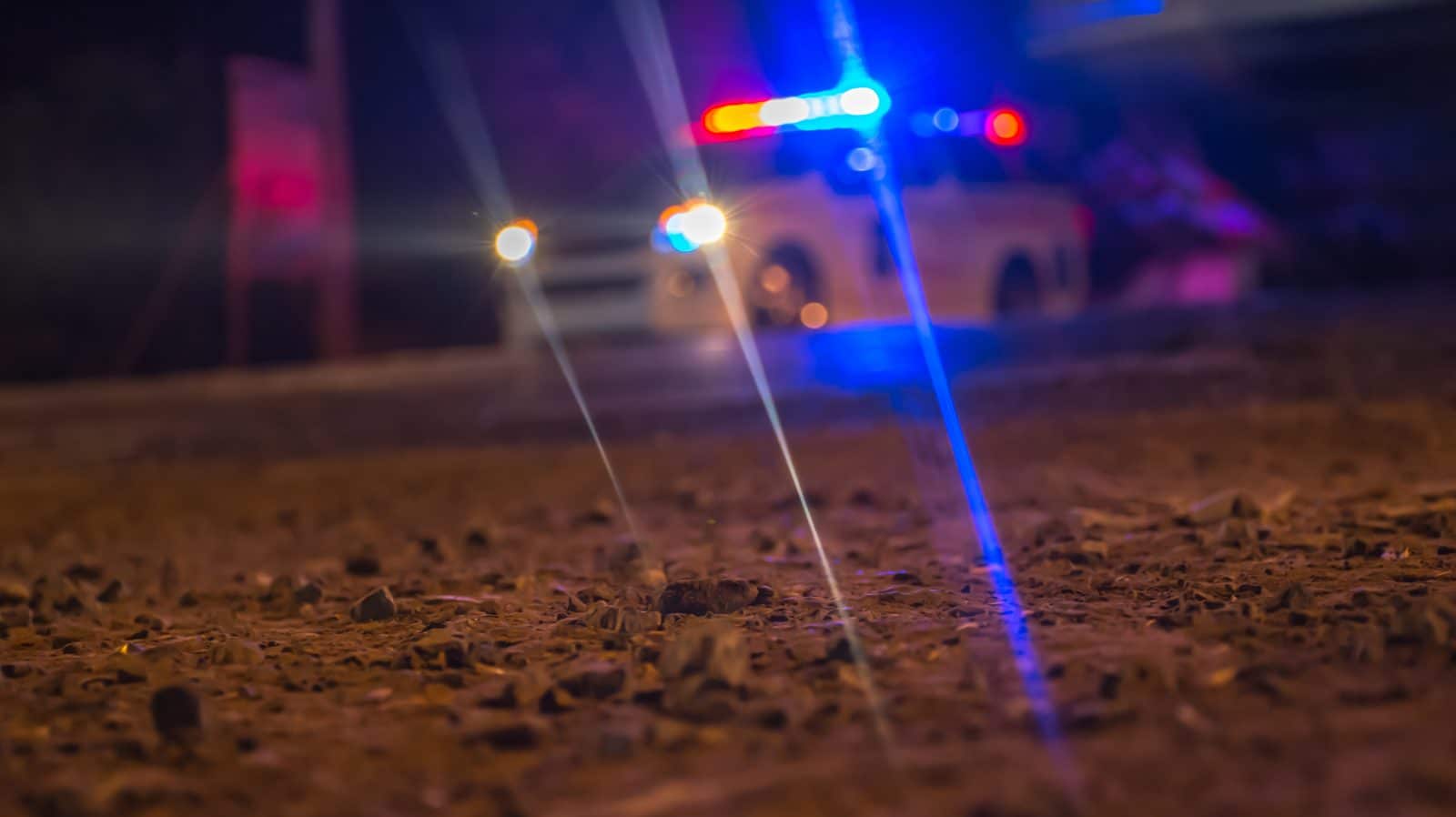 a signal to metaphorically change lanes and get back on the high road. However, for others, some of these bad habits are harder to break, and they find themselves committing the same offenses once again. While repeat traffic offenses are a nationwide problem, states are afflicted to different degrees and in different capacities. Some see greater than their expected share of DUI re-offenses, while others face higher repeat license suspensions.

The data scientists at Insurify, an auto insurance quotes comparison site, crunched the numbers to see both the overall breakdown of repeat driving offenses and the statistics on re-offending for specific incidents (namely, license suspension, at-fault accident, DUI, and speeding ). So which states are stuck on repeat? 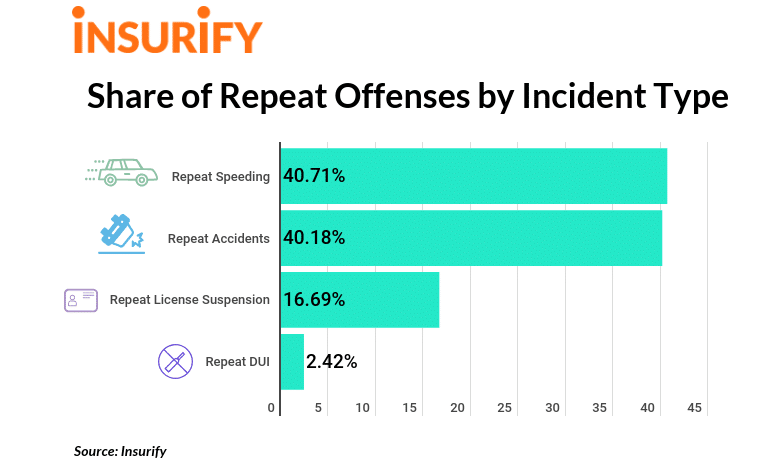 To determine rates of repeat offenses by state, the data team at Insurify, a car insurance comparison website, analyzed its database of over 1.6 million applicants. Users answer questions on vehicle type, driver history, and personal information to receive free, real-time auto insurance quotes. Insurify’s data science team identified drivers with two or more violations of the same incident-type, indexed them by state of residence, and ranked them by prevalence. They then repeated this process for incident-specific rankings.

Without further ado, here are the top ten states for repeat driving offenses.

Discover the quick and easy way to compare car insurance quotes on Insurify or any of these free platforms.

What is an SR-22? Don’t let a suspended license ruin your insurance coverage.

Though its low ranking for repeat accidents excludes Wyoming from the top half of this top 10 list, it is the #1 state in the nation for recurrent DUI infractions as well as the NHTSA’s top state for DUI fatalities. While urban states tend to report the highest number of accidents, states with lower population densities see the highest share of fatalities. This is in part due to elevated rates of DUI offenses, such as those in Wyoming.

Despite being a beautiful natural paradise, Hawaii is no paragon for traffic safety. The island state ranks in the top 10 for both repeat accidents and speeding, which are the two heavyweights for recurrent driving offenses. As many as one in seven drivers report a speeding ticket, with four percent having multiple on their record. With statewide speed limits maxing out at 60 mph, it may be unsurprising that many drivers continue to push their luck when they should instead pump the breaks.

If you don’t drive that often, consider your options for low mileage auto insurance.

Despite low numbers of DUI and modest rates of license suspension, South Carolina sits in the top 10 for recurrent speeding and accidents nationwide. One reason that the state may see such bold rates of repeat speeding is that tickets are comparatively easy to fight. While most states have the fine set on the speeding ticket, in South Carolina, the amount is left to the discretion of each judge. Therefore, a savvy, speedy driver can more easily appeal that penalty on the basis that another judge may have given them a lighter fine. With their high number of repeat speeders, South Carolinians are not one-and-done with their need for speed.

Wisconsin is a heavy-hitter for repeat offenses in three of the four incident types—license suspension, DUI, and speeding. A staggering 60+ percent of drivers who lose their licenses once will lose them again. Similarly to Idaho, DUI is once again one of the triggers for license suspension. Given the association between these offenses, it’s little wonder that the state cracks the top five for each.

Get a painless quote estimate with this cost-free car insurance calculator.

Old Dominion is not home to the United States’ most speed-conscious drivers. Over 16 percent of Virginians possess a speeding ticket, and one in three of them will go on to speed again. Out-of-state drivers won’t catch a break just because they’re passing through—all are required to return to Virginia to appear in court in person.

Nebraska, though located in the middle of the American Heartland, has no soft spot when it comes to license suspension. In fact, while many states revoke licenses primarily for vehicular infractions, there are many violations that can trigger a suspension in Nebraska even if the holder has only ever driven lawfully. These include failure to comply with alimony or child support, most juvenile charges, noncompliance with a drug test, drug addiction, or alcoholism (which is not, in and of itself, even a crime). This wide array of eligible offenses likely contributes to Nebraska’s position as one of America’s leading states in license suspension.

Ohio, the number three state for re-offending drivers, sees high rankings for repeat suspended licenses and speeding. However, the punishment for these incidents can vary significantly. Even recurrent speeding typically only warrants fines, while more severe violations, such as vehicular homicide, can result in permanent license suspension.

The Hawkeye state claims the runner-up position of this ranking, placing in the top 10 for license suspension, DUI, and speeding. With almost five percent of drivers having multiple tickets on their record, Iowa leads the country in repeat speeding. Over one in 10 of those come from Polk County—the district surrounding Des Moines—making Polk one of, if not the, speediest counties in the nation.

North Dakota claims the title as the state with the most repeat diving offenses in America, with an over eight percent higher re-offending rate than the next leading state. Given its low density of drivers on the road, North Dakota was likely never destined to rank high in repeat accidents, but it places in the top three for all other categories. In the Roughrider State, 57 percent of drivers with a suspended license, 16 percent with an at-fault accident, 10 percent with a DUI, and 29 percent with a speeding ticket will go on to commit a second offense of the same type. These high rates of repeat offenses push North Dakota to the front of the pack when it comes to states with the most re-offending drivers.