Reckless driving is an unfortunately common practice in the U.S., especially since the onset of the COVID-19 pandemic. These are the cities in each state where drivers exhibit reckless behavior most often. 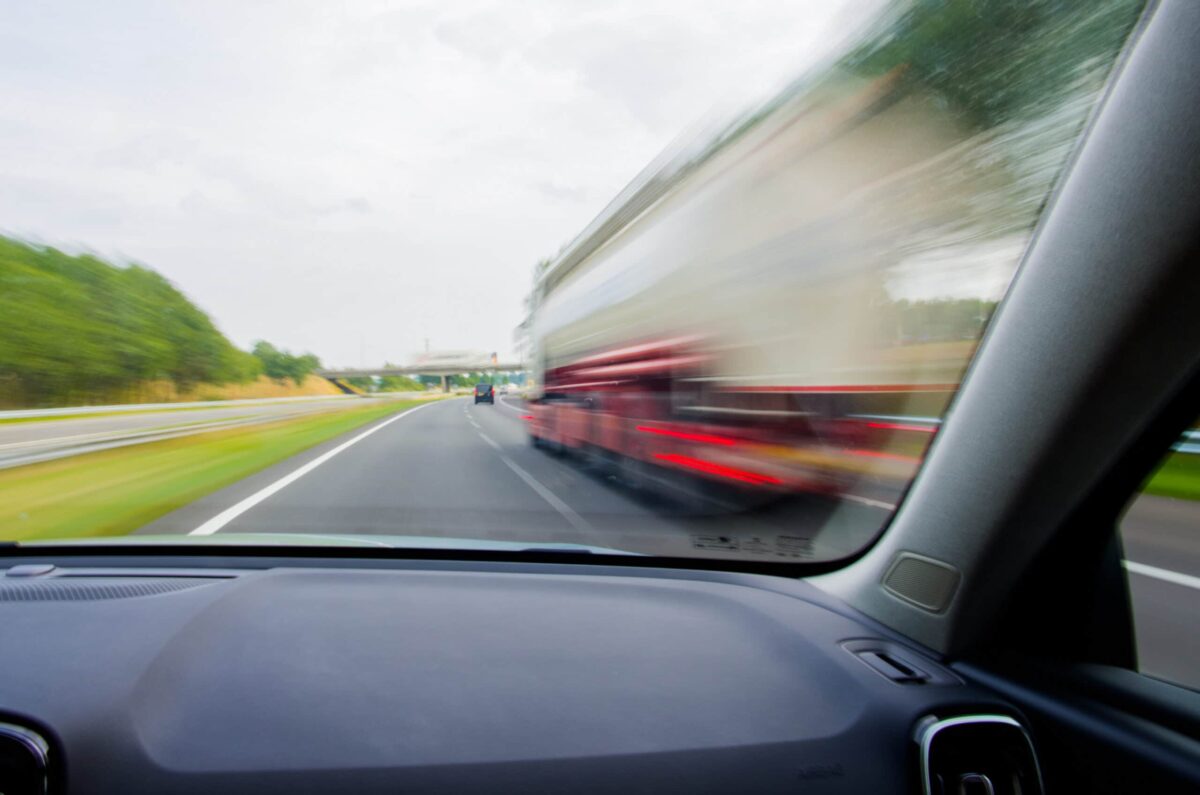 As drivers across the country travel to see friends and family during the holiday season, the roads become especially crowded. While the added congestion (and inclement weather) can be frustrating for many motorists, some use this as an excuse to drive aggressively and, in extreme cases, recklessly.

Reckless driving—defined as driving with deliberate disregard for the safety of other people or property—is one of the most severe moving violations a driver can receive, and for good reason. Traffic fatality rates have increased by over 25% in the past two years, which can be primarily attributed to the increased rates of reckless driving that began at the start of the COVID-19 pandemic, according to the National Highway Traffic Safety Administration (NHTSA). To locate where the nation’s reckless drivers are most prevalent on the roads this year, the research team at Insurify turned to their database of over 4 million car insurance applications and identified the city in each state with the highest rate of reckless driving in 2021. 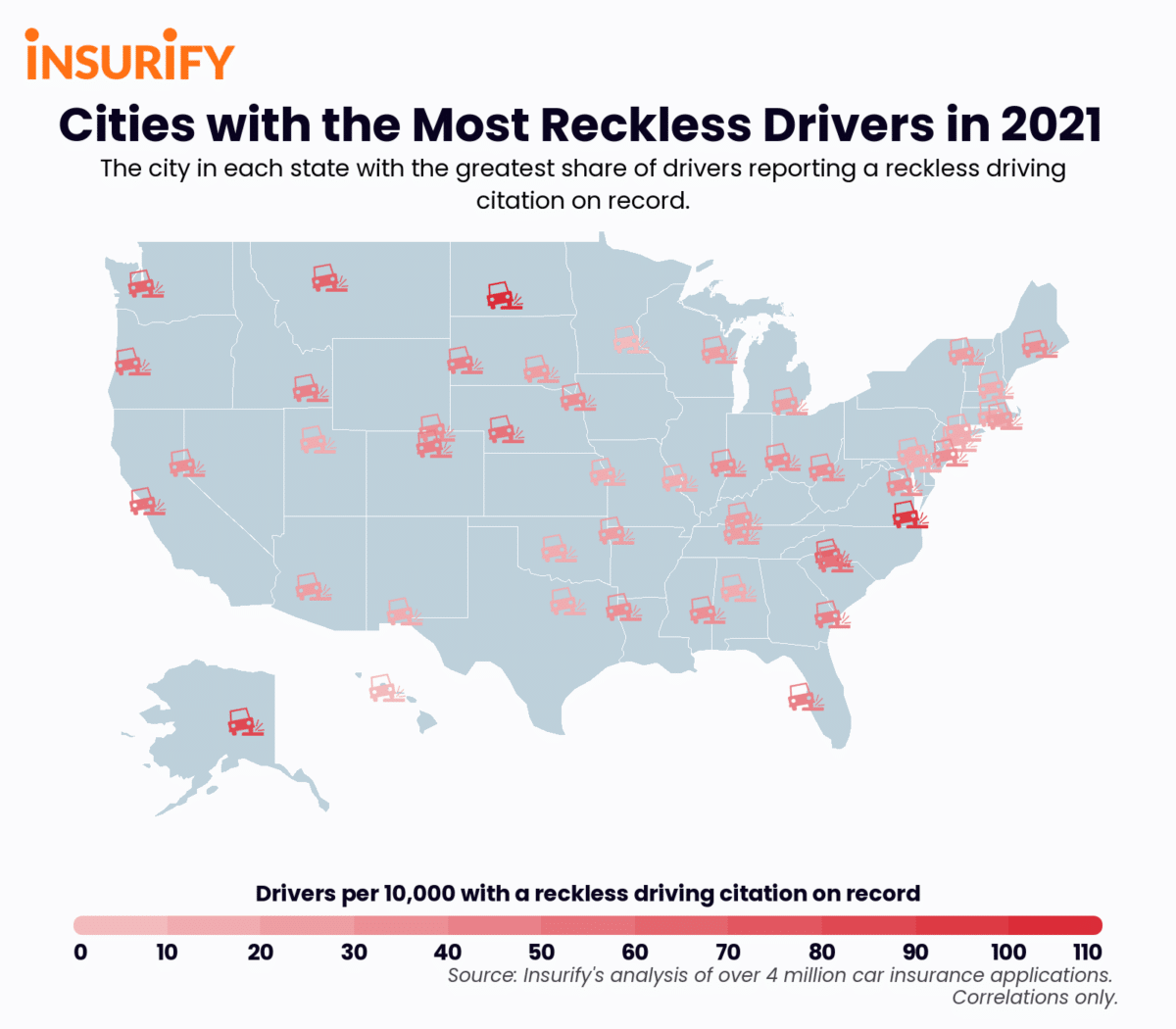 In this analysis, cities were designated using the United States Census Bureau’s classification of an “urbanized area,” defined as an urban area with a population over 50,000. If a state had fewer than five urbanized areas with at least 50,000 residents, the state’s top five most populous urban areas were considered.

Which city has the most reckless drivers?

City in Each State With the Most Reckless Drivers

Find quotes for cheap car insurance in Florida by comparing between multiple providers, all on Insurify’s easy-to-use, one-stop-shop platform.

Savings as sweet as (peach) pie! Insurify’s got all of the best options for the cheapest car insurance in Georgia when Peach State drivers compare online.

Insurify’s helped millions of drivers across the nation compare car insurance rates to save them time and money when shopping for coverage. All online, in real-time: insurance shopping has never been this easy.