Click here to see the 20 Cities with the Worst Drivers report for 2021.

We can’t all be the best. 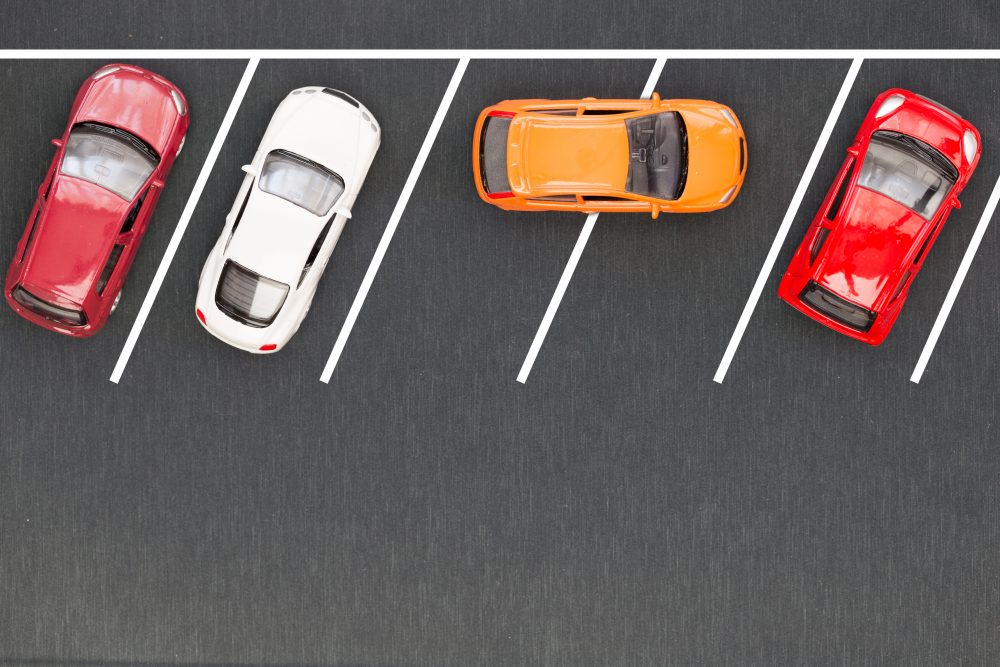 Ask anyone about their driving abilities and most people will likely respond, at worst, with “not bad.” In fact, according to the evidence, the majority of people would actually fancy themselves above average. A study done in 2014 by a pair of New York University researchers found that the average driver would rate themselves in the 70th percentile for driving ability.

The reality, though, is that not everyone can have 70th percentile driving ability. There are a lot of people with less than stellar vehicle records and questionable driving habits. After all, remembering every driving law and good practice is difficult, and with the advent of smartphones and other technology accessible from the inside of a car, many drivers don’t have their full attention on the road at all times. It is this inattention and forgetfulness, along with the occasional willful recklessness that leads to speeding or street racing, which leads to driving incidents of all kinds, from tickets to accidents.

Bad driving habits are a problem everywhere in the United States, but there are municipalities in which poor driving is a particularly noticeable problem. To take a closer look at driving behavior around the country, the data science team at Insurify decided to find out which cities are home to the most incidents in 2019. 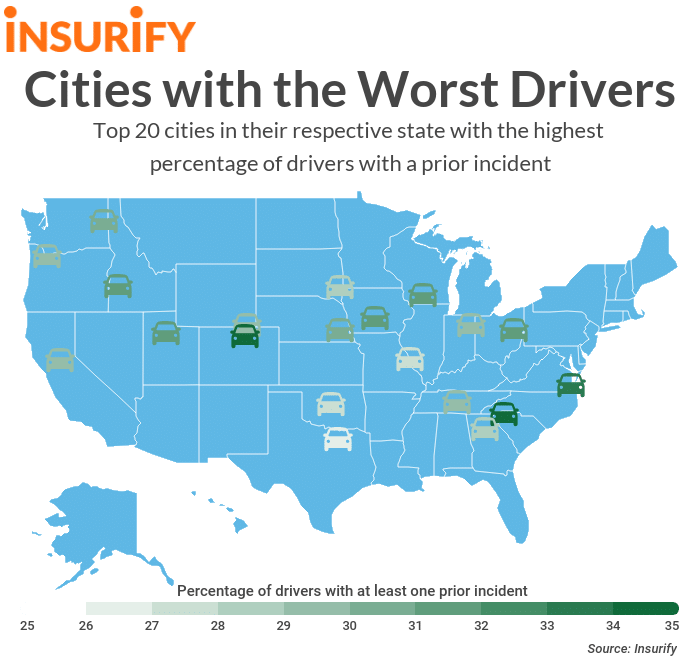 To determine which cities are home to the worst drivers, researchers at Insurify, a platform that lets users compare auto insurance quotes, did some research using their database of over 1.6 million car insurance applications. The number of drivers with an incident in the past seven years in each city was analyzed against the total number of drivers in those cities to determine the share of motorists with a prior incident. The city with the highest proportion in each state was chosen, and the top 20 are listed below. Data on the population of each city was taken from estimates obtained by the U.S. Census in the year 2018. Numbers on the share of driving-related fatalities per 100,000 people were obtained from 2017 information gathered by the Insurance Institute of Highway Safety (IIHS).

Cities with the Worst Drivers

If you need a reliable place to compare car insurance, check out some of these top platforms.

Do you drive for Uber to make ends meet? Here are some of the top companies for Uber insurance.

If you are looking for more information about the SR-22, Take a look at an SR-22 insurance cost guide.

Another insurance quotes comparison platform is the Zebra.

Need car insurance with no deposit? Here are some top providers.