Click here to see the Most Popular Cars by State report for 2021.

Though we don’t all agree on our favorite car, the states are quite united when it comes to vehicle loyalty. 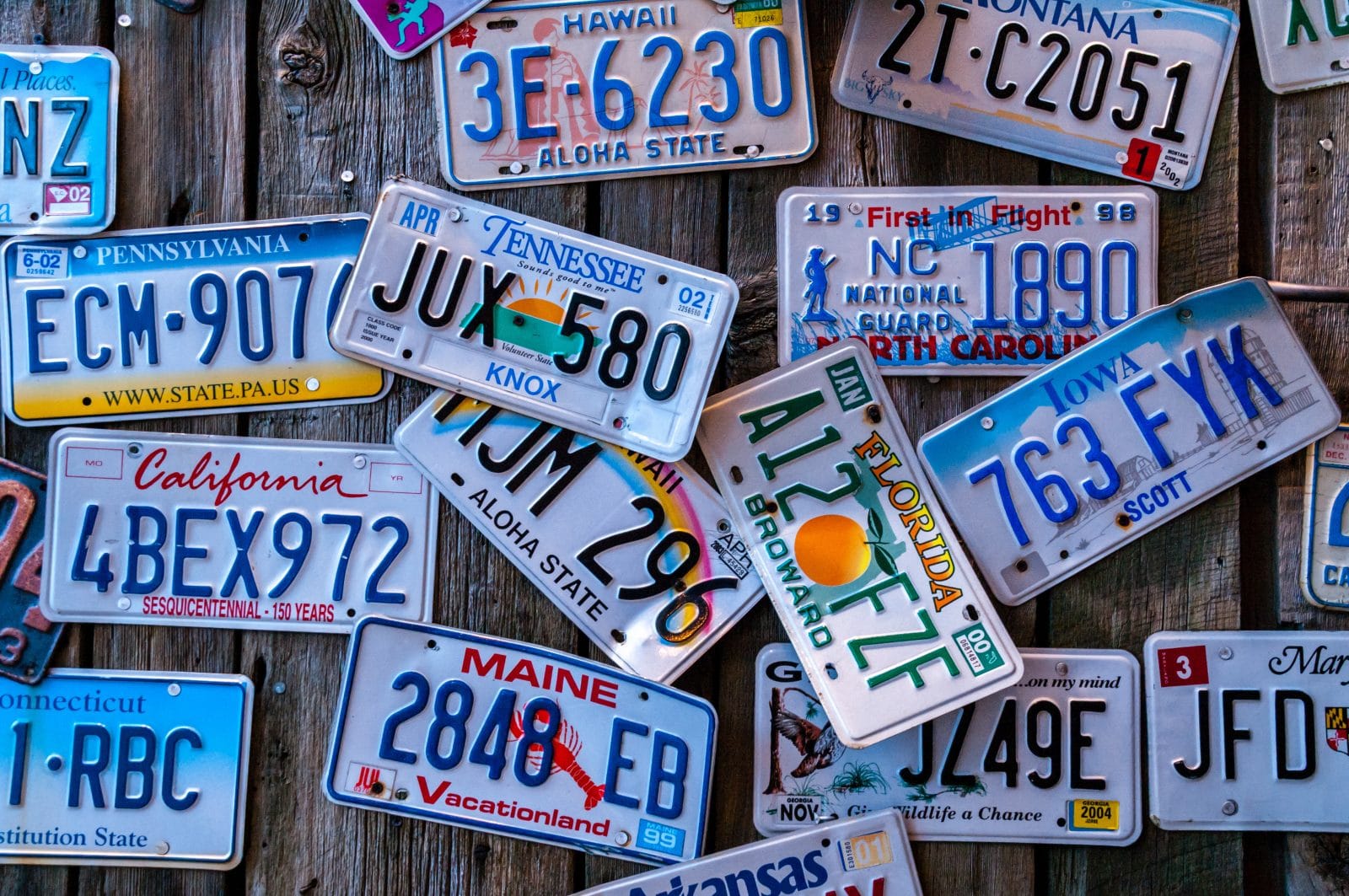 Ten cars alone claim the title of “most popular car” in at least one U.S. state. While being the most common car on the road is not necessarily a guarantee of quality, oftentimes, widespread loyalty indicates that a car is a good match for a broad range of American drivers. For this reason, it’s worth taking note of which cars come out on top in each state.

The data scientists at Insurify, a car insurance quotes comparison website, crunched the numbers to see which cars took home the gold. This ranking reflects the most common cars currently being driven, not necessarily the hottest models on this year’s sales floors. So not only do these cars dominate the roadways of their states, they have a history with them as well. Here are the most popular cars by state. 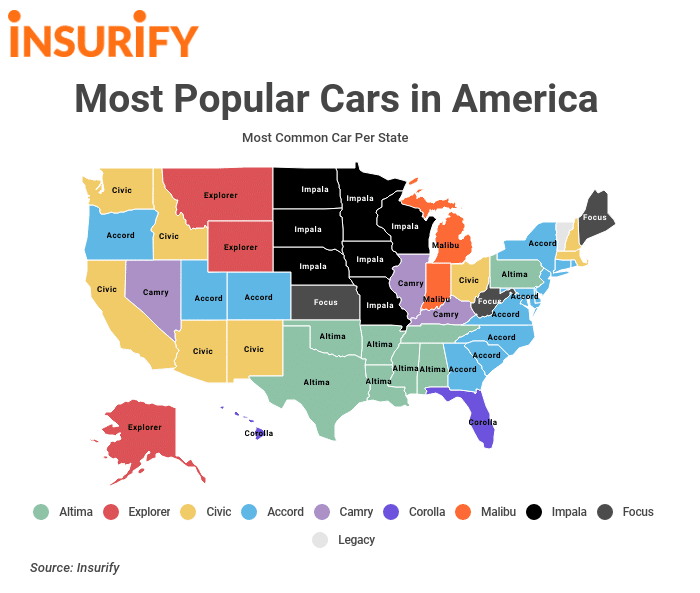 Insurify, a platform that lets users compare auto insurance quotes, analyzed its data from over 1.6 million car insurance applications, which ask questions about vehicle type, driving history, and personal information. The vehicle type responses were then grouped by state, and models were ranked by the number of states in which they occupied the number one slot in terms of popularity. Statistics on MSRP and MPG originate from the manufacturers’ websites, with the least expensive 2019 package used for comparison (exception: 2018 statistics were used for the Ford Focus as 2019 prices had not yet been announced as of February, 2019).

Most Popular Cars in America

The Subaru Legacy is the only car on our list that is the sweetheart of one state and one state alone. Flaunting their individuality, Vermonters stand behind the Legacy as the car of their state. Unique in its division for providing all wheel drive as a default feature, the Legacy is a reliable favorite for Vermont’s snowy winters and many available outdoor excursions.

Insurify’s auto insurance calculator can give you a snapshot of how much you can save on your premium today!

Despite its Californian namesake, the Chevrolet Malibu is the favorite of two adjacent Midwestern states, Michigan and Indiana. This may be in part due to homegrown loyalty, as Chevrolet is headquartered in Detroit, MI. Though sales of sedans have recently seen a pronounced decline for the brand in favor of trucks, the Malibu was still Chevrolet’s 4th best-selling model of 2018.

In 2013, the Corolla surpassed 40 million cars sold, cementing its legacy as one of the best-selling models worldwide. This is certainly the case in Florida and Hawaii, the American states where this car is the most common vehicle on the road. Now in its eleventh generation, this car giant doesn’t seem to be going anywhere anytime soon.

Low income auto insurance rates are available today – how much could you be saving?

When it debuted its first generation in the early 1990s, the Ford Explorer quickly became one of the most popular American cars of the time— outselling all imported SUVs put together. This rugged SUV is well-suited for the demanding terrain of Alaska, Montana, and Wyoming, the states in which it is the most popular. Despite ranking as the top-selling SUV in the U.S., the Explorer is not the most popular Ford on this list.

The most recent Ford Focus has earned “Good” ratings in many of its safety designations from the Insurance Institute for Highway Safety (IIHS), making it a broadly-appealing vehicle which has secured the top spot in states as varied as Kansas, West Virginia, and Maine. Peaking as the top-selling vehicle worldwide in 2013, the Focus remains one of Ford’s most popular models since its introduction in 1998.

Find the best home and auto insurance quotes by using the right carrier to bundle together.

Learn more about license suspension and SR-22 insurance quotes with this comprehensive guide.

Introduced in 1983, the Toyota Camry has been a hit with American drivers from the start. Perennially reliable, the Camry is an IIHS top safety pick for 2019. Given this popularity and dependability, it may be no surprise that the Camry holds the number one position in locations from the East, West, South, and Midwest.

The Chevrolet Impala holds an iron-grip on the Midwest, with all seven of the states in which it is the most popular grouped in a contiguous block. Despite its popularity nationwide since 1958, its relatively low fuel efficiency may limit the likelihood that its popularity will spread to states with higher rates of city-driving.

Boasting one of the best fuel efficiencies of cars on this ranking, it may be no surprise that the Nissan Altima ranks in the top three for most popular car by state. Introduced in 1993, the Altima has had steadily improving safety ratings until reaching its current status as an IIHS top safety pick. However, its modest three-star rating from Car and Driver may contribute to its inability to crack the top two for America’s most popular vehicles.

Currently ranked the #2 compact car on U.S. News and World Report, the Honda Civic is also the second-highest ranked car on our list. Originally released as a subcompact car, the Civic has now expanded; lending it a broader appeal that aids its preeminent popularity in a diverse group of eight states. Securing the loyalty of drivers on all four borders of the United States, the Civic holds a truly impressive appeal.

The number one car on this ranking is the Honda Accord, which is the most popular car in over a quarter of all American states. Especially dominant on the East Coast, the Accord is nonetheless well-represented in the West as well. Rated as the #1 mid-size car by U.S. News and World Report, the Honda Accord is also the top car in the hearts of many American drivers.