Click here to see the 10 Occupations with the Worst Drivers report for 2020.

Your job can affect your well-being in many ways, including how well you drive. 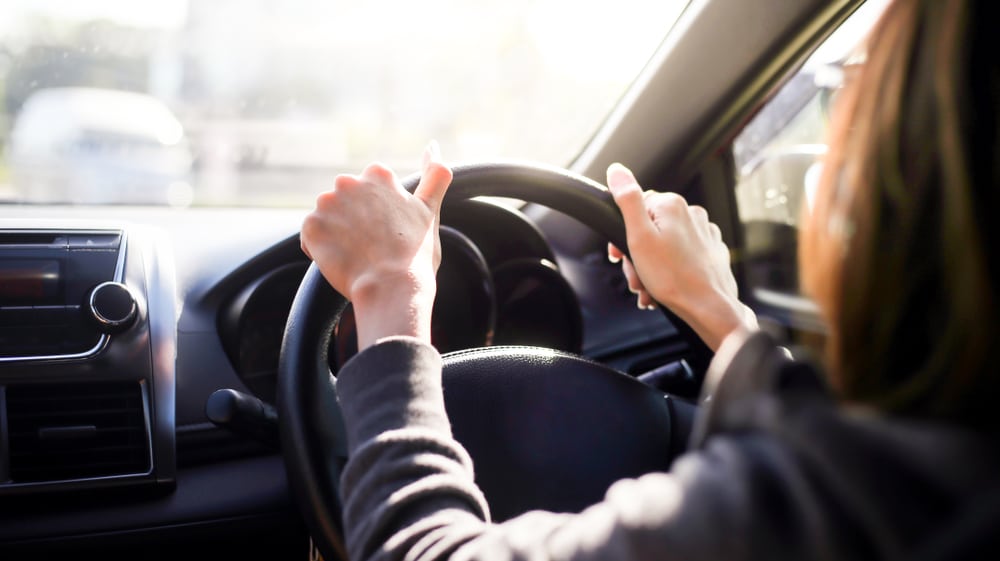 When you begin the search for car insurance, there are a number of obvious factors that come to mind that can affect how much you pay. Things like driving history, the type of car you drive, and how long you have been driving top that list. But car insurance prices aren’t only determined by your vehicle history. In fact, when you apply for insurance, you are asked to provide other information—such as industry of employment—as well.

Though your occupation might seem irrelevant, it can be a predictor of the car insurance rates you will be offered. Certain jobs leave drivers more prone to accidents and tickets, affecting driving records and insurance quotes. To take a closer look at this, the research team at Insurify tapped into the numbers to determine which employment industries had the worst and best driving records.

To determine which occupations boast the best and worst drivers, the data science team at Insurify, a website that lets users compare car insurance rates, analyzed its database of over 1.6 million car insurance applications. To receive quotes, drivers provide personal information and driving history, including their current occupation. The number of motorists in each career with a prior driving violation was analyzed against the total number of drivers in that occupation to determine the proportion of people with a prior infraction. The jobs with the highest and lowest shares of drivers with past incidents were then selected. Information on the number of people employed in each industry and average wage comes from data compiled in May 2018 by the Bureau of Labor Statistics, the 2008 Census of Federal Law Enforcement conducted by the Bureau of Justice Statistics, and the National Parks Service.

People with jobs in retail are often subject to fast-paced and stressful work environments, dealing with a bevy of requests and frustrated customers. Combine this with work hours that can stretch well into the night, and you are left with workers who are exhausted on their commutes home. It may come as no surprise, then, that over a third of sales representatives have a prior driving incident.

If you need rideshare insurance, check out some of the best companies for Lyft insurance.

Those in the journalism industry are also no stranger to bizarre work schedules, with many reporters required to travel for their jobs, stay up late writing for a deadline, or wake up in the predawn hours to get ready for a morning broadcast. With the increased travel time and hectic schedules, it stands to reason that nearly 40 percent of journalists would have a prior driving violation.

Massage therapists are dedicated to improving the well-being of other people during the day. Apparently that same desire doesn’t translate to the roads, as they come in at the number eight spot on the top 10. Their percentage of drivers with a prior incident is nearly 10 percent higher than the national average. What’s more, the costs associated with those incidents likely have a higher effect. The average salary for a massage therapist is $45,880, which is below the national average.

These are some of the best car insurance companies.

If you need some assistance finding auto insurance in California, these are some of the best places to find California car insurance quotes.

With nearly two million members, metalworking is the second-most popular industry on this countdown. These laborers are responsible for the production of many of our most important day-to-day commodities. However, metalworking can also be difficult and exhausting, as craftsmen are forced to stand for long periods of time and frequently lift heavy objects. This could lead to exhaustion on the roads.

Much like metalworking, welding is another business that requires odd hours—welders will often start very early in the morning, or work late at night—and a lot of physical exertion. Putting in overtime is also common, and though the benefits are good, welders still struggle to avoid danger on the roads.

Chiropractic treatment is one of the most widely accepted forms of alternative medicine in the United States. According to a 2016 poll conducted by Gallup, over 35 million Americans seek treatment from a chiropractor every year, mostly due to lower back pain. The practice is very safe, with patients who undergo procedures such as neck realignment suffering serious complications at a rate of just one in 1,000,000, according to a study done by the RAND Corporation. Chiropractors are much less safe on the road, though, with a prior incident rate of over 38 percent. Their average annual salary is the highest of any on this list, though, which should help offset some of those traffic costs.

To some, it may come as no surprise that bartenders rank highly on this list. They work in stressful environments and are on shift late into the night, driving home at a time where there is certainly increased risk of encountering drunk motorists. To make matters worse, bartenders are not well paid, with the lowest annual salary of any profession in this top 10 ranking.

Production crews are the unheralded heroes of the film industry, tasked with some of the more thankless jobs like location scouting and set design. Much like many of the other jobs on this list, long hours surely have something to do with the increased rate of driving incidents. Film crews often have a brutal schedule, filming in the dark of night and working through long days. It’s a problem that has gained publicity recently, after a crew member of the show Longmire crashed his car and died while asleep at the wheel following an 18-hour work day in 2014.

Fitness club managers likely have more conventional work schedules than many of the other jobs on this list, but nevertheless, the profession has the second-highest rate of drivers with a prior incident. It’s a small profession, with the fewest number of workers of any profession on this list, and that may partially contribute to the high share of drivers with a traffic incident. However, like many other management positions the pay is good. A fitness club manager’s yearly salary is more than $20,000 over the national average.

Ticket/membership salespeople are far and away the worst occupational group of drivers, with a traffic citation rate over three percent greater than any other job. It’s also the third largest industry of employment on this list, with tons of entry level positions that require long hours on the phone speaking to customers. In fact, an article published by Johnson and Wales University in 2017 stated that ticket salespeople can expect to work 55 to 60 hours per week, as well as on weekends as well depending on the time of year. Those long hours once again could contribute to increased fatigue behind the wheel, resulting in a higher likelihood of accidents.

Unsurprisingly, executives are the most well-paid profession on this list, and the only ones with an annual salary above $100,000. Fortunately, those responsible for running corporations and making the big decisions appear to bring the same level of responsibility to the roads. They have the 10th lowest rate of driving incidents of any job.

Unlike many of the jobs on the “worst” list, the Bureau of Labor Statistics notes that real estate appraisers often work a normal 40 hour work week, though they do travel often to property sites to carry out much of their work. One would think that increased time on the road should lead to a higher likelihood of accidents, but this doesn’t seem to be the case with appraisers. The percentage of drivers in this field with an automotive incident is 9th lowest of any profession.

Detectives face a high-stress work environment with variable hours, and are often required to work crime scenes or other physically demanding scenarios. However, they do not have to be on the road as often as a typical, patrolling police officer, and as such are less exposed to the roads. Even in the event that a detective does run into trouble on the road, they have the second highest salary of any profession on the 10 best occupations for drivers, and so are more prepared to cover the costs of a ticket or accident.

The music composition and direction industry is one of the smallest on the list, with just over 12,160 employees. Composers, as the Bureau of Labor Statistics notes, have a great deal of work flexibility, with the ability to work from home, in an office, or in a recording studio. No matter where they work, travel is not extensive, and the limited time spent on the road likely contributes to a low rate of prior incidents. Directors may travel slightly more, due to the number of performances they must oversee.

Those in federal law enforcement may travel a lot, but they’ll likely be doing so on a government budget, and frequently won’t be driving their own cars. As such, it makes sense that they have one of the lowest vehicular incident rates of any profession. Even so, the life of a federal agent certainly isn’t easy. Much like police officers, they’ll certainly be exposed to high-stress situations as well as a variable work schedule.

Park rangers compose the smallest industry on this list, with just over 3,800 year-round full time workers. While the job likely requires some strenuous labor, driving for park rangers is likely once again kept to a minimum, which contributes to a prior incident rate that is under 20 percent.

Dry cleaners perform an essential service for many, making sure clothes are regularly cleaned. Despite that, they are not compensated well, with an average annual salary of $24,480—the lowest of any profession on the list. Luckily, it seems that dry cleaners don’t have to worry about paying the price for driving incidents, as they boast the third lowest incident rate of any job.

The BLS reported just 750 full-time employed commercial fishermen in 2017, though the fishing industry employed roughly 1.7 million people in 2016, according to an estimate from the National Oceanic and Atmospheric Administration. People employed in the commercial fishing industry, except for those required to transport the fish, likely spend most of their time away from cars, either catching fish on the water on working near docks where driving is not a necessity. This avoidance of vehicles certainly appears to have helped lower the percentage of fisherman with a driving incident.

Those responsible for coordinating delivery of our mail are well paid, as postmasters have the third-highest average annual salary of any profession in the top 10. Postmasters are clearly also responsible on the roads, as the share of postmasters with driving violations is almost 50 percent less than the national mean. A set work schedule, as well as limited exposure to the roads, also likely help to keep that figure low.

Learn More
Insights>Occupations With The Best And Worst Drivers