Extreme weather and geological events happen across the globe. But the United States is especially prone to natural disasters— from hurricanes on the east coast to the wildfires of the west. To make matters worse, the frequency and severity of some natural disasters appear to be on the rise.

Preparing for a natural disaster can come in many forms, but the most important thing any homeowner should do is ensure their home insurance will cover the types of natural disasters most common in their area.

What Is A Natural Disaster?

Not all inclement weather and geophysical events are categorized as natural disasters. To be designated a disaster— in insurance industry jargon it’s called a catastrophe — the event must cause a significant amount of harm to people, property, or both. 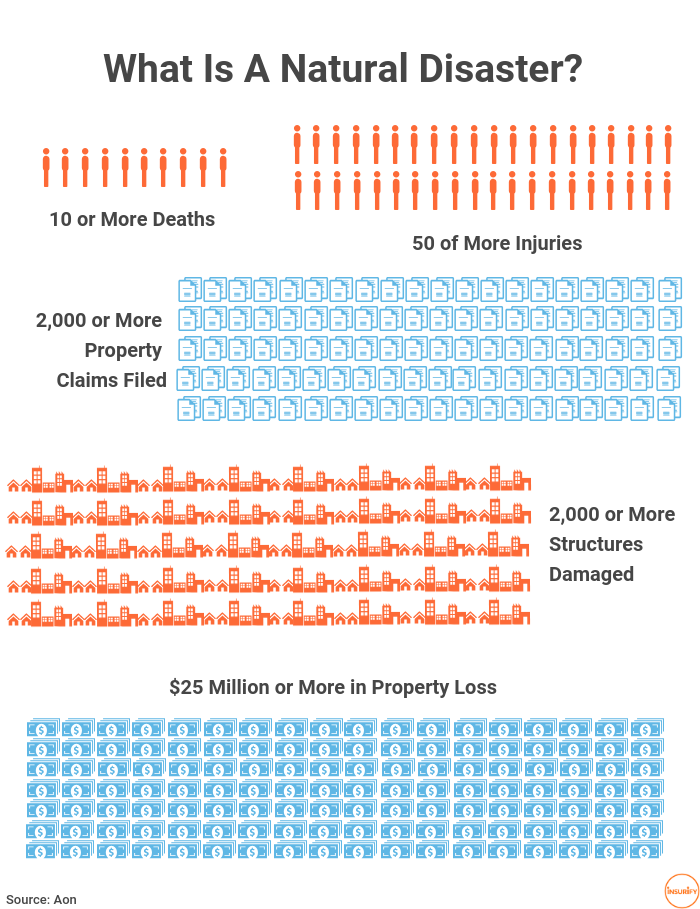 What Causes A Natural Disaster?

What’s The Cost Of Natural Disasters? 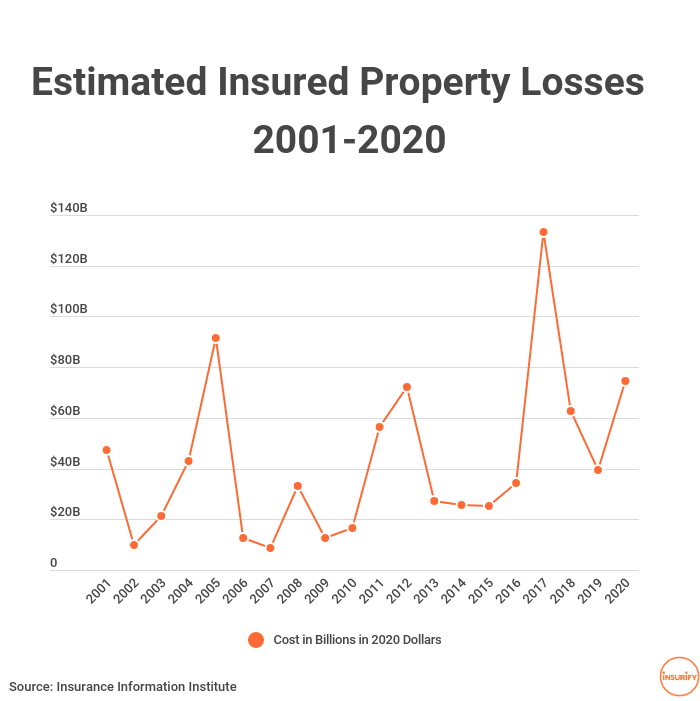 How Common Are Natural Disasters?

Natural disasters occur every year in all regions of the United States. In fact, the U.S. records more natural disasters than any other nation except China. With events, you’re most at risk to depends on the natural hazards in your area.

Are Natural Disasters On The Rise?

Due to changes in our climate— mainly a warming climate— extreme weather events do appear to be happening more frequently and at greater intensity. Additionally, some areas are seeing more intense changes to the natural weather patterns. For example, tornado activity has been especially on the rise in the Southeast. 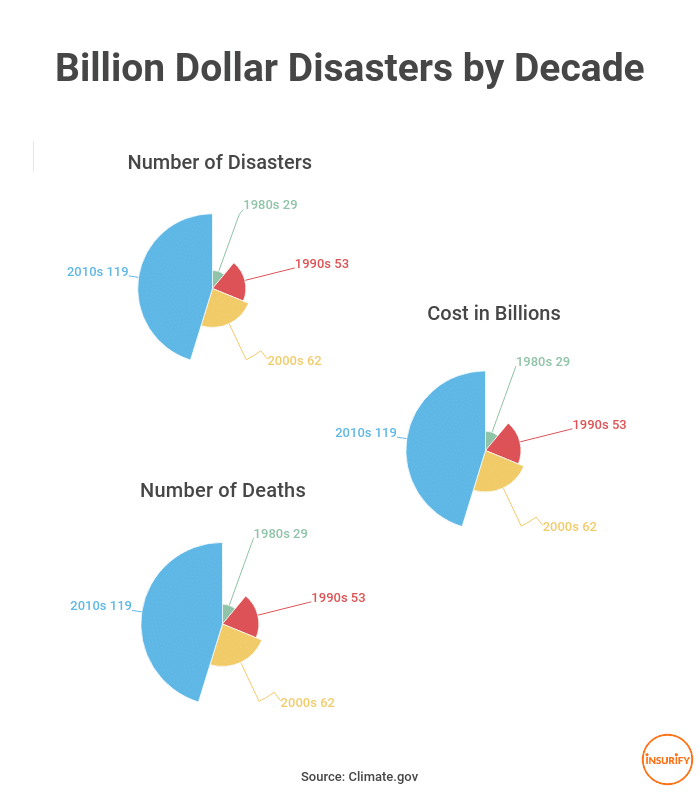 The rise in severe weather has often been linked to climate change. Rising temperatures have been linked to more severe droughts and wildfires in some areas, while other areas experience more frequent storms and heavier precipitation.

The Costliest and Deadliest Natural Disasters In Us History

As natural disasters have become more frequent and more costly, the death tolls associated with them have gone down. This is due to earlier detection in the case of weather events, plus better preventative measures, such as earthquake-resistant buildings. 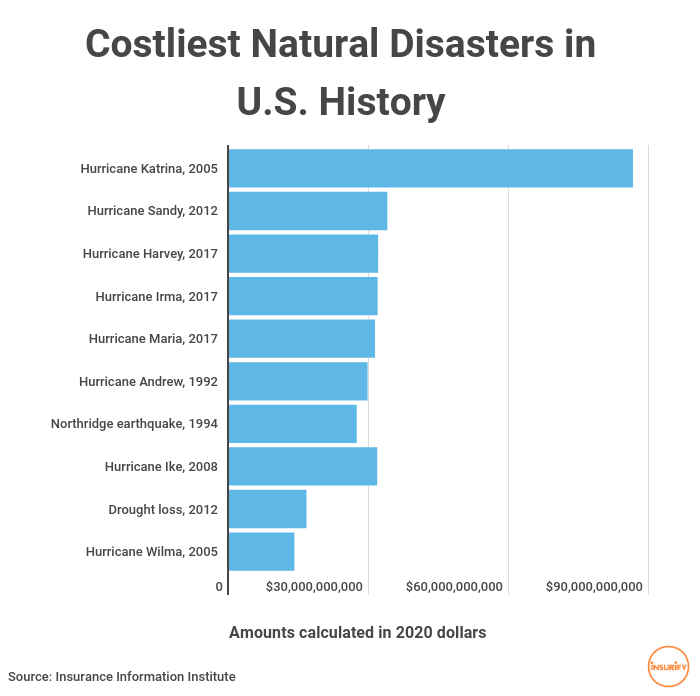 Natural Disasters By Type Of Disaster

There are many disaster types. The most common cause of a natural catastrophe is flooding, which can be caused by thunderstorms, hurricanes, or just heavy rainfall.

Droughts have been on the rise over the last 20 years. A drought is defined as a period of time where an area receives less rainfall than normal.

While large earthquakes are rarer than windstorms, they still pose a significant risk to areas near geological fault lines. 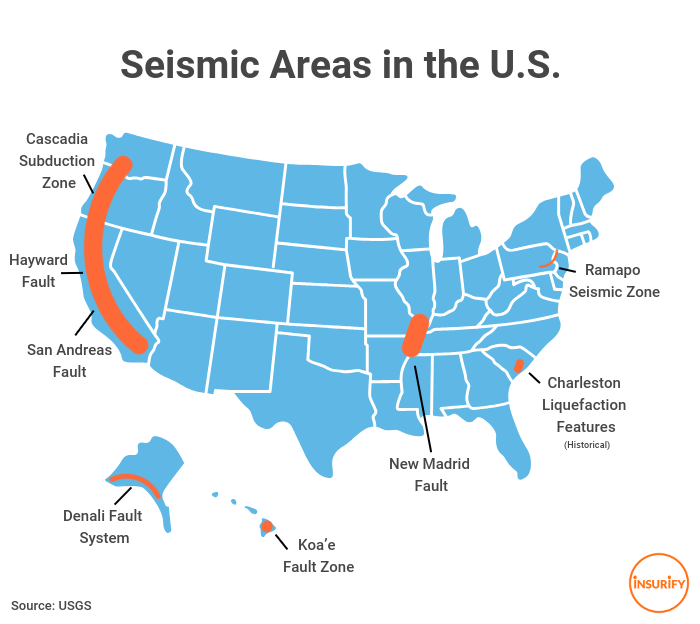 Extreme cold events are most deadly when they occur in areas not prepared for cold weather. In 2021, an extreme cold event occurred in Texas, a state known for more mild winters.

Extreme heat events tend to be most consequential for people without access to air conditioning. Often the elderly and the poorest Americans are most at risk during a heatwave.

Floods can happen in every state across the country but are most common in the eastern half of the U.S.

Hurricanes are often the most costly disaster in any given year. Heavy rains and storm surge cause flash floods that ruin property and claim lives. While preparedness measures, like levees, have reduced the impact of hurricanes, their failures have also caused destruction— like the levee failures during Hurricane Katrina. 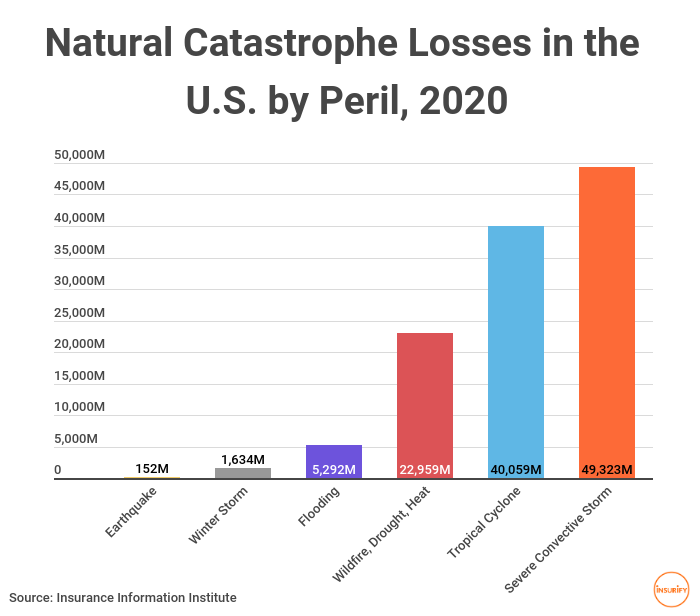 Tornadoes are common east of the Rocky Mountains where the cold front from the Rockies and Canada meets the warm front from Mexico and the Southwest. In recent years, this meeting point has shifted eastward.

Wildfires are on the rise in most states with significant forest land in the U.S. Over the last ten years, the rise in wildfire frequency and intensity has dominated summer and fall headlines. 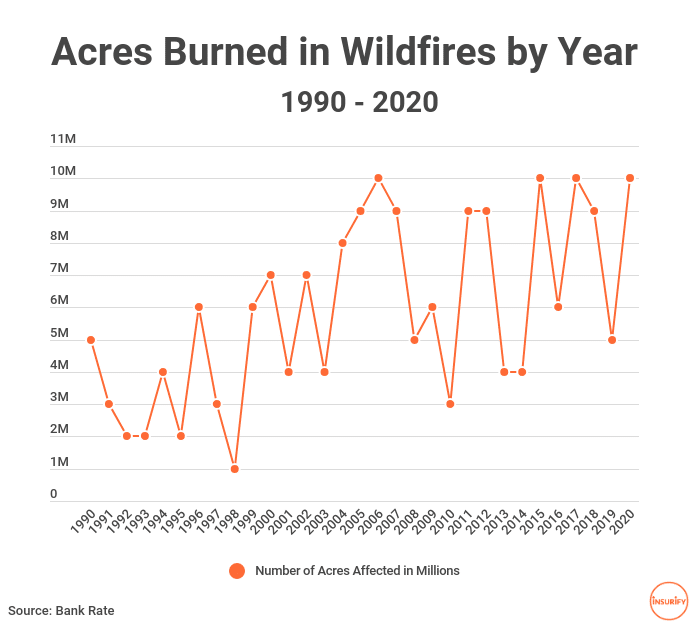 J.J. Starr is a health and finance writer with a background in banking, lending, and financial advising. She holds a Series 6, FINRA, and life insurance licensure and a master's degree from New York University. Through her writing, she strives to use her decade of experience to help consumers make sound financial choices. Connect with J.J. on LinkedIn.