Enter your zipcode to get started 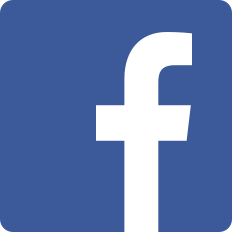 What is moral hazard?

Moral hazard is when someone with insurance takes a greater risk than they would without insurance, knowing that they are protected from any consequences because their insurer will cover the cost.

Even though the term originated in the insurance industry, we can see examples of moral hazard in everyday life: employees who get paid a regular salary might take longer lunch breaks, or professors with tenure might start caring less about their teaching or students because they know they won’t get fired. Essentially, moral hazard is when someone engages in risky behavior because they’re covered and are no longer worried about what might happen to them otherwise.

The problem of moral hazard in regard to insurance is that some policyholders might do more risk-taking, knowing that their insurance company will pay any expenses. For example, someone might start caring less about their property knowing they have homeowners insurance, or they might get into high-risk situations knowing they have health insurance or life insurance.

Insurify is here to help you find an insurance policy and understand how it affects your risk management.

Imagine there are two parties in the insurance market: the buyer (who is the insured party) and the seller (who is responsible for providing the insurance coverage). Moral hazard happens when one party involved in the transaction (typically the buyer) engages in additional, and usually unnecessary, risky behavior because they know that their insurer will cover the costs after their deductible. More often than not, this would negatively affect the other party (typically the seller) in this transaction.

Moral hazard can also happen because of adverse selection. This is when there is an imbalance of information, or asymmetric information. For example, sellers (insurance companies) might have more information than buyers (policyholders), or vice versa. This can be in regard to the product or its quality. Typically, the seller is more knowledgeable than the buyer. Imagine a seesaw where the weight is tipped more in the seller’s favor. This is called information asymmetry, and adverse selection happens when information asymmetry is taken advantage of.

When applied to moral hazard, insurance companies may allow their policyholders to take additional risks because the companies think they’re covered financially, too. This means that management doesn’t prevent moral hazard from happening because even if it costs the companies more in insurance premiums, they believe that they will receive financial bailouts. The idea behind this is that some companies believe they are too big to fail, and because of this, they will also take more risks in order to get more profits from people buying insurance policies.

This happens because the government provides bailouts to corporate financial institutions, like insurance companies. Taxpayer money creates safety nets so that if something bad happens to the financial market (e.g., a crash, panic, or meltdown), there will be some protection. This tries to keep the market safe from the consequences of a financial crisis, but it also means that the government is involved and may need to exert some control in the market. The government acts as a money lender to insurance companies (the borrowers), so governments could consider enforcing laws that prevent moral hazard from happening.

It is natural for moral hazard to happen, but its effects can have consequences. This was seen during the 2007–2008 financial crisis on Wall Street that later led to the Great Recession.

Because interest rates were at an all-time low, credit was incredibly cheap, and borrowing money was easier than ever. Borrowers rushed to buy homes, including those who could not previously afford it. Money lenders approved loans and sold them to banks, which were marketed and sold as low-risk investments. The loans were then sold to investors who were looking to make an easy profit.

The U.S. Federal Reserve then increased interest rates as the economy was recovering, but as a result, the housing market crashed because people were unable to make their mortgage payments. Property values then dropped and many homeowners left their homes because they were worth less than their debt. In the end, trillions of dollars in capital were lost from the global banking system as many lenders filed for bankruptcy.

The government can prevent insurance companies from letting their policy owners engage in riskier behavior by not giving them bailouts. When corporations find that they have spent too much money on covering the costs of their policy owners’ risk-taking, they should not be able to rely as heavily on taxpayer money to get them out of bad situations.

The government could consider letting these insurance companies fail and then let stronger companies buy the failed companies or just continue succeeding. Economists on moral hazard explain this in complex terms regarding economic theory and the free market, but the main thing to understand is that this solution would mean that the impact of moral hazard would be lessened.

In this scenario, there might be fewer financial crashes because insurance companies would be more careful. They wouldn’t sell more policies and allow moral hazard to happen just because they want to make a profit. Instead, they would be cautious. This could mean educating their policyholders on how much insurance coverage they get or raising the cost of the deductible so people would end up paying more out of pocket.

The main problem with the government providing bailouts is that taxpayers and their dollars create a safety net for the financial market and insurance companies—and this happens against their will. Insurance companies make profits by selling policies and are covered by bailouts, so they don’t care if their policyholders engage in riskier behavior. Insurance companies and private financial institutions do not have to pay for the consequences. Alternatively, taxpayers get little to nothing for covering the cost on policies or bailouts that allow moral hazard and risky behavior.

What is the difference between adverse selection and asymmetric information?

Adverse selection happens as a result of asymmetric information being exploited. Also known as information asymmetry, it is when sellers (insurance companies) have more information than buyers (policyholders), or vice versa. Usually, though, the scale is tipped more toward the seller.

What is the history behind moral hazard?

In the late 1960s, the American Economic Review published “The Economics of Moral Hazard: Comment,” by Mark Pauly. It later became one of the most influential pieces in healthcare economics. The article was in response to another classic piece by Kenneth Arrow, a Nobel Prize-winning economist, who wrote “Uncertainty and the Welfare Economics of Medical Care” a few years prior.

Moral hazard is a costly behavior because the insured party acts riskier than they would normally, knowing that they’re covered, and insurance companies allow it because they can sell more policies in addition to receiving bailouts from the government.

← How Much Dwelling Insurance Do I Need? (2021)
Allstate Homeowners Insurance Dog Breed Restrictions (2021) →

Compare Quotes
Save Money with Insurify - It's Free