Everyone must do their part to give back to the community, and residents in these cities go above and beyond to lend a helping hand. 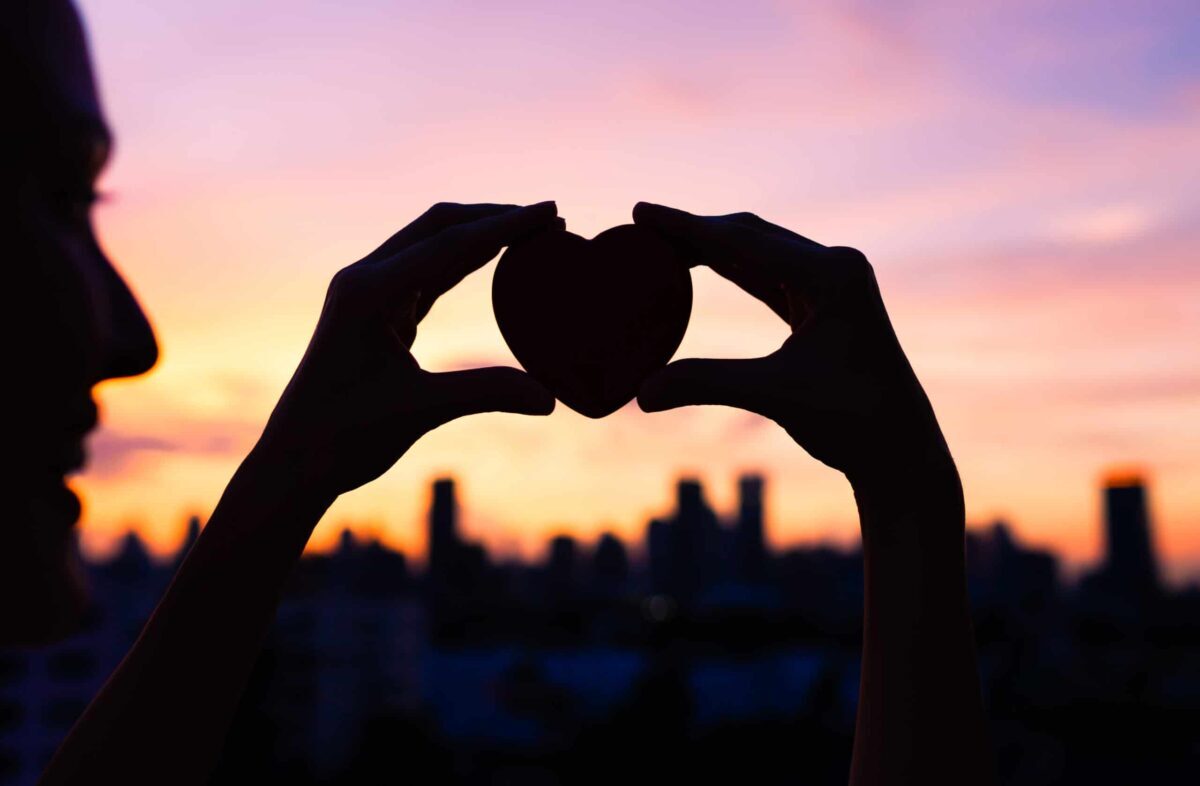 After yet another long year, plenty of Americans are hoping to turn over a new leaf in 2022. As the new year begins, it’s essential to acknowledge all the people across the nation that have striven day-in and day-out to support the rest of their community members. Many Americans—including nurses, teachers, therapists, doctors, and more—devote their careers to caring for others, and they have been working harder than ever since the start of the COVID-19 pandemic. Though these brave citizens reside everywhere, there are certain cities across the country with an abundance of workers who dedicate their livelihood to improving the others’ wellbeing.

In the spirit of recognizing those who work tirelessly to keep everyone else going strong, the data scientists at Insurify turned to their database of over 4 million car insurance applications to identify the most caring city in every state in 2022. 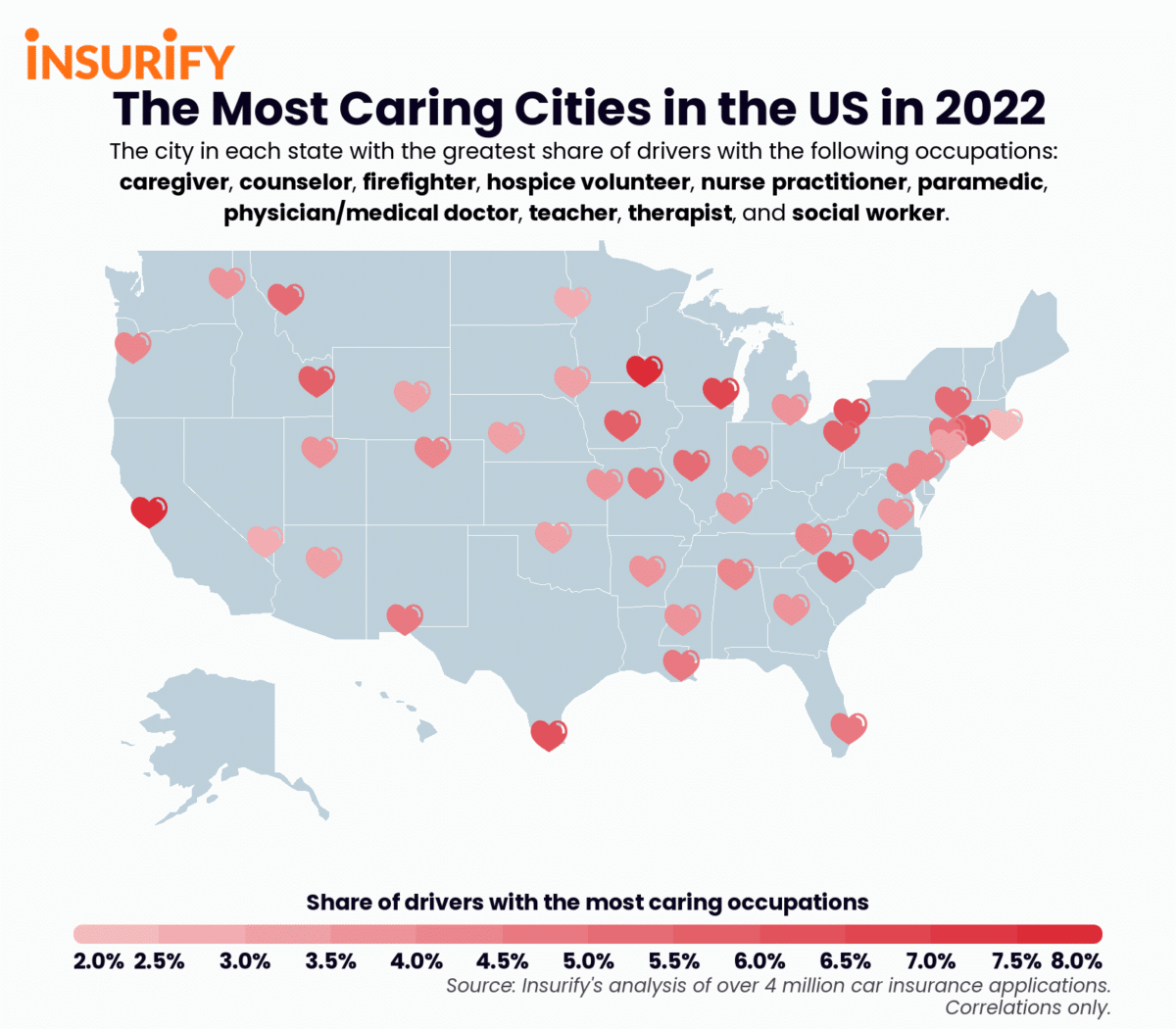 The data scientists at Insurify, a site to compare auto insurance quotes, referred to their database of over 4 million car insurance applications to determine the most caring city in every state. These cities have the highest share of citizens who have demonstrated fierce commitment to giving back to their communities. Insurify’s data science team identified the following occupations as the most caring in 2022: caregiver, counselor, firefighter, hospice volunteer, nurse practitioner, paramedic, physician/medical doctor, teacher, therapist, and social worker.

When applying for auto insurance, drivers disclose their city and state of residence, in addition to their primary occupation. Insurify’s research team compared the population of drivers with one of the above occupations to the total number of drivers across 648 U.S. cities. The city with the highest share of drivers with these occupations in each state was selected as the most caring city in its respective state.

Cities in this analysis were designated using the United States Census Bureau’s classification of an “urbanized area,” defined as an urban area with a population over 50,000. States with insufficient municipal data were excluded from the analysis (Alaska, Hawaii, Maine, New Hampshire, Vermont, and West Virginia).

Which city has the most caring residents?

Rochester, Minnesota is the most caring city in the country. A full 7.83% of Rochester residents hold jobs that require the most care for others, a share that's 3.2 times larger than the national average.

The Most Caring City in Every State

The cheapest home insurance Texas is only a few clicks away when you compare with Insurify. Lone Star homeowners, start saving on your premium today!

Where can I find home insurance quotes Arizona? Insurify helps homeowners save on their insurance costs by comparing quotes from multiple providers in real-time.

Looking for the cheapest home insurance North Carolina? Here’s what Insurify’s experts have to say about insuring your Tar Heel home without breaking the bank.

New York homeowners can get the cheapest home insurance in NY by comparing quotes from multiple providers, all online, in minutes with Insurify.

Cheap home insurance Florida is at your fingertips when you compare quotes online, in real time, with Insurify.