Reopening plans vary in cities across the United States as state and city governments juggle the competing interests of public and fiscal health. How has their residents’ behavior changed as a result? 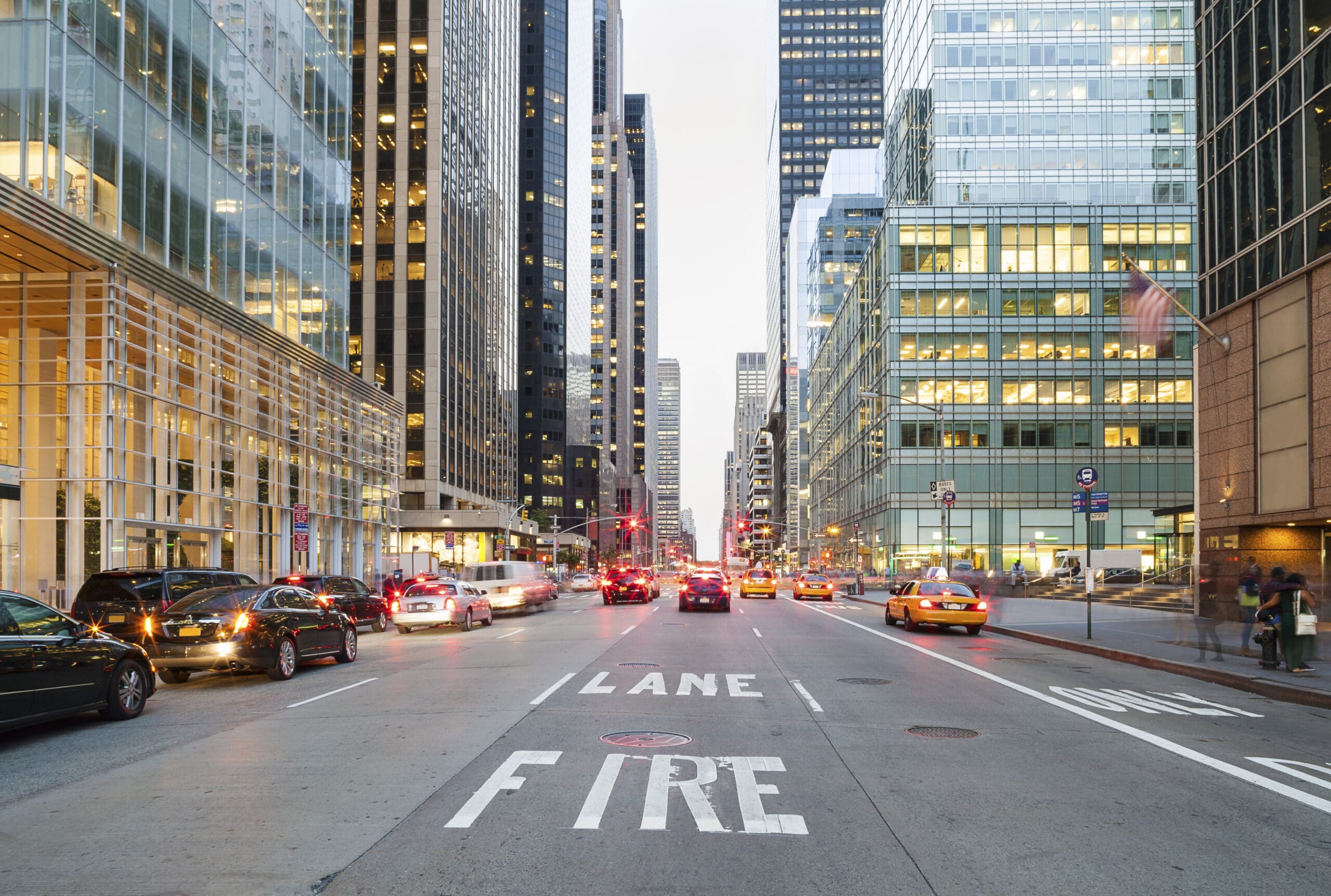 The choice to reopen cities across America during the pandemic involves a distinct tug-of-war between stemming further economic damage and inhibiting additional loss of life. There’s no question that the stakes are high. Open too soon and risk needlessly losing lives to the virus… Open too late and risk unnecessarily prolonging the nation’s economic backslide.

And as cities begin to open up after nearly two months of lockdown, most Americans are worried that social distancing measures are being lessened too quickly, rather than not quickly enough. Indeed, a recent survey by the Democracy Fund + UCLA Nationscape Project found that 71 percent, nearly three-fourths, of Americans feel this way. With the number of infections climbing daily across the country — albeit much slower than the peak in transmissions during mid-April  — residents’ fears are justifiable.

Regardless of when a city officially reopens, people “reopen” their activities at their own pace and may be slow to adopt relaxed social distancing measures outlined in policymakers’ plans. As such, residents’ relative mobility levels provide a more accurate timeline than reopening policies themselves. With this in mind, the data and research team at Insurify relied on behavioral data to determine the top twenty cities with the fastest rates of reopening. 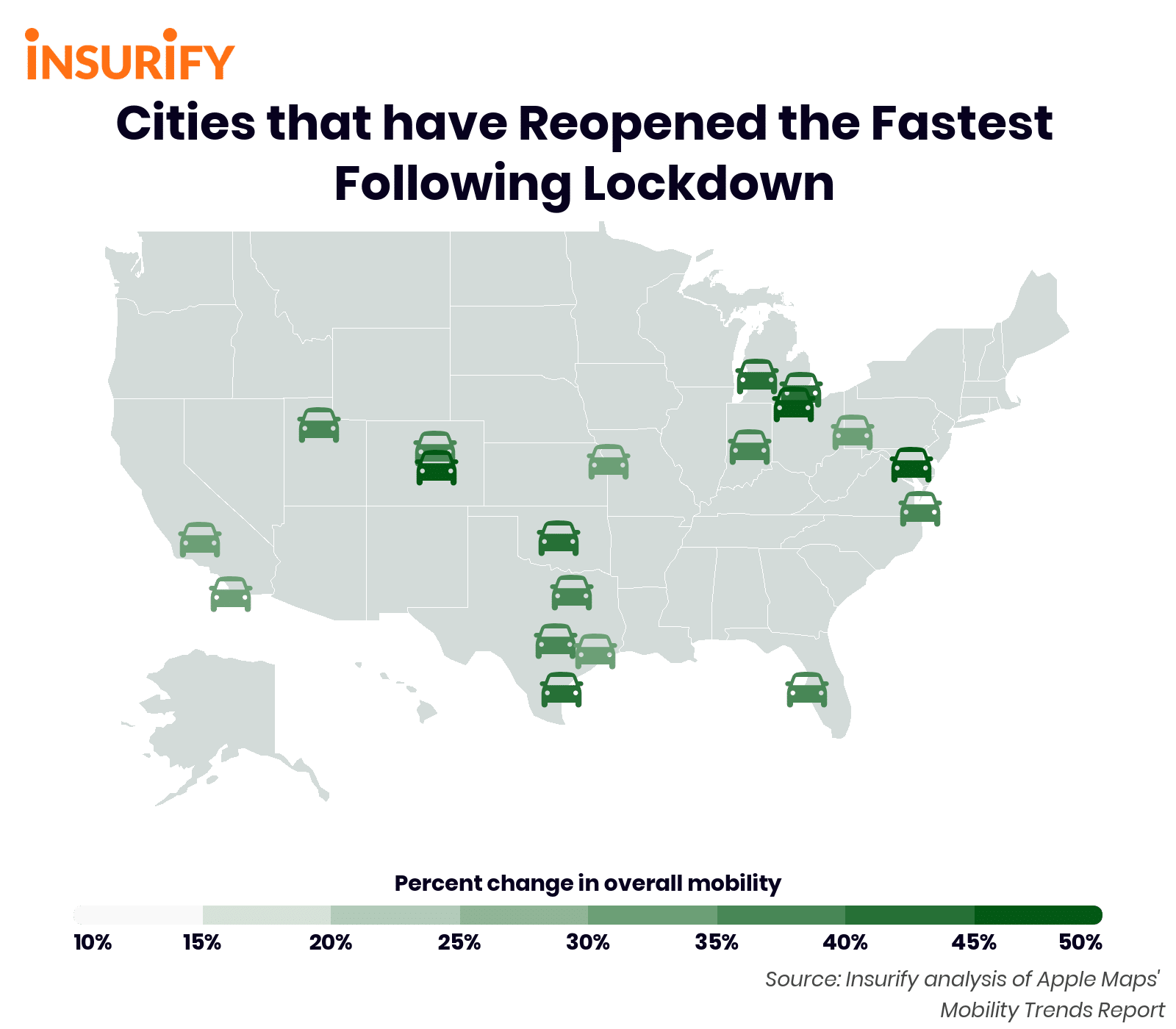 The data science and research team at Insurify, a home insurance comparison website, determined which cities have been the fastest to reopen based on driving, walking, and public transit data in 61 of America’s largest cities. Mobility data was provided by Apple Maps, which compares the daily volume of directions requests per city to a baseline volume on January 13, 2020. Data sent from users’ devices to Apple Maps services is anonymized.

Insurify’s research team grouped this mobility data into two date ranges, in order to compare the relative change in Apple Maps directions requests. The first, March 30 to April 24, is the period between when the first state (California) began to shelter in place to when the first state (Georgia) began to reopen. The second is an almost equal period from the first day that Georgia reopened to the present. The higher the percent change between periods, the greater the increase in direction requests, indicating a faster reopening of the city.

Following the initial nationwide shutdown in March 2020 due to COVID-19, the city that reopened the fastest in the upcoming months was Annapolis, MD. Overall mobility in Annapolis increased 45% following lockdown by June 2020.

The Cities that are Reopening the Fastest following Lockdown

Insurify makes it simple and easy to compare homeowners insurance in just a few clicks.

Homeowners: check out the top rated home insurance companies of 2020.

Home insurance comparison sites like Insurify make it easy to find the perfect policy that doesn’t break the bank.

Finding home insurance quotes can be a complex process, but Insurify makes it a breeze.

Homeowners: comparison shop for the best insurance bundles to get the best deals on home and car insurance.