Click here to see the Cities With the Most Accidents report for 2021.

Despite reductions in driving in the early stages of the pandemic, driving levels are back to normal across the country. This also means that the risk of getting into an accident is now higher. 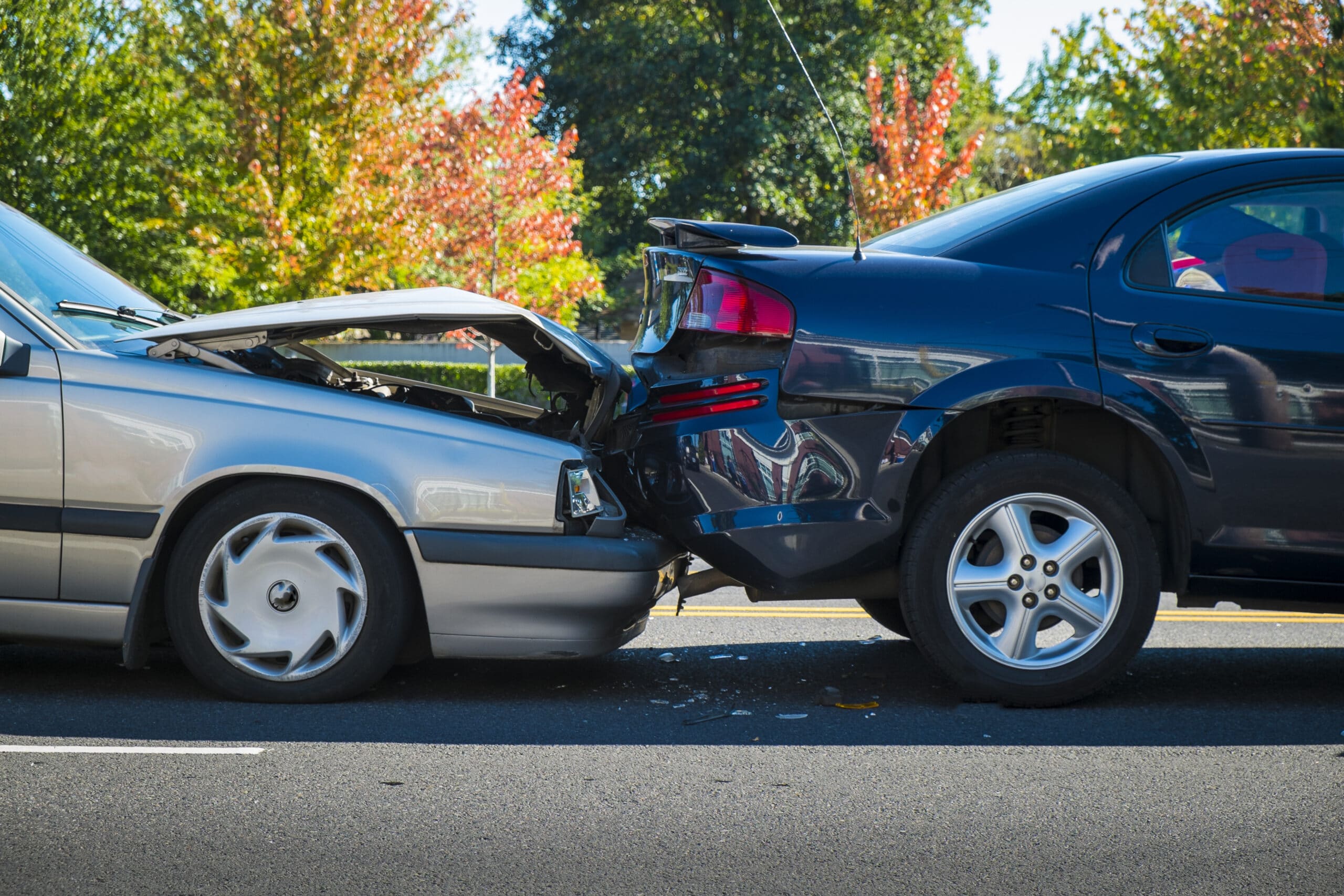 Public transit use has declined significantly during the pandemic, but drivers have been on the roads in full force again since June. Many have also been behaving more recklessly on the road during the pandemic than before, resulting in a higher share of car accidents. As a result, the rate of fatal crashes has climbed between the first and second quarter of 2020, from 1.10 to 1.42 deaths per million vehicle miles traveled, according to the National Highway Traffic Safety Administration (NHTSA).

In addition to the potentially fatal risks of being involved in a motor vehicle accident and any ensuing property damage, accident-prone drivers also face the possibility of a hike in car insurance costs or a suspended license. Each time a driver gets on the road, they risk being involved in a car crash, no matter how slim the chances seem. It follows that the more vehicle miles traveled, the more likely a driver is to be involved in an accident – and in 2020, that susceptibility is higher, due to the increase in dangerous behavior on the roads.

Certain cities seem to be home to a greater share of accident-prone drivers. To identify the cities with the most accidents, the data science team at Insurify referred to their database of over 2.5 million car insurance applications. 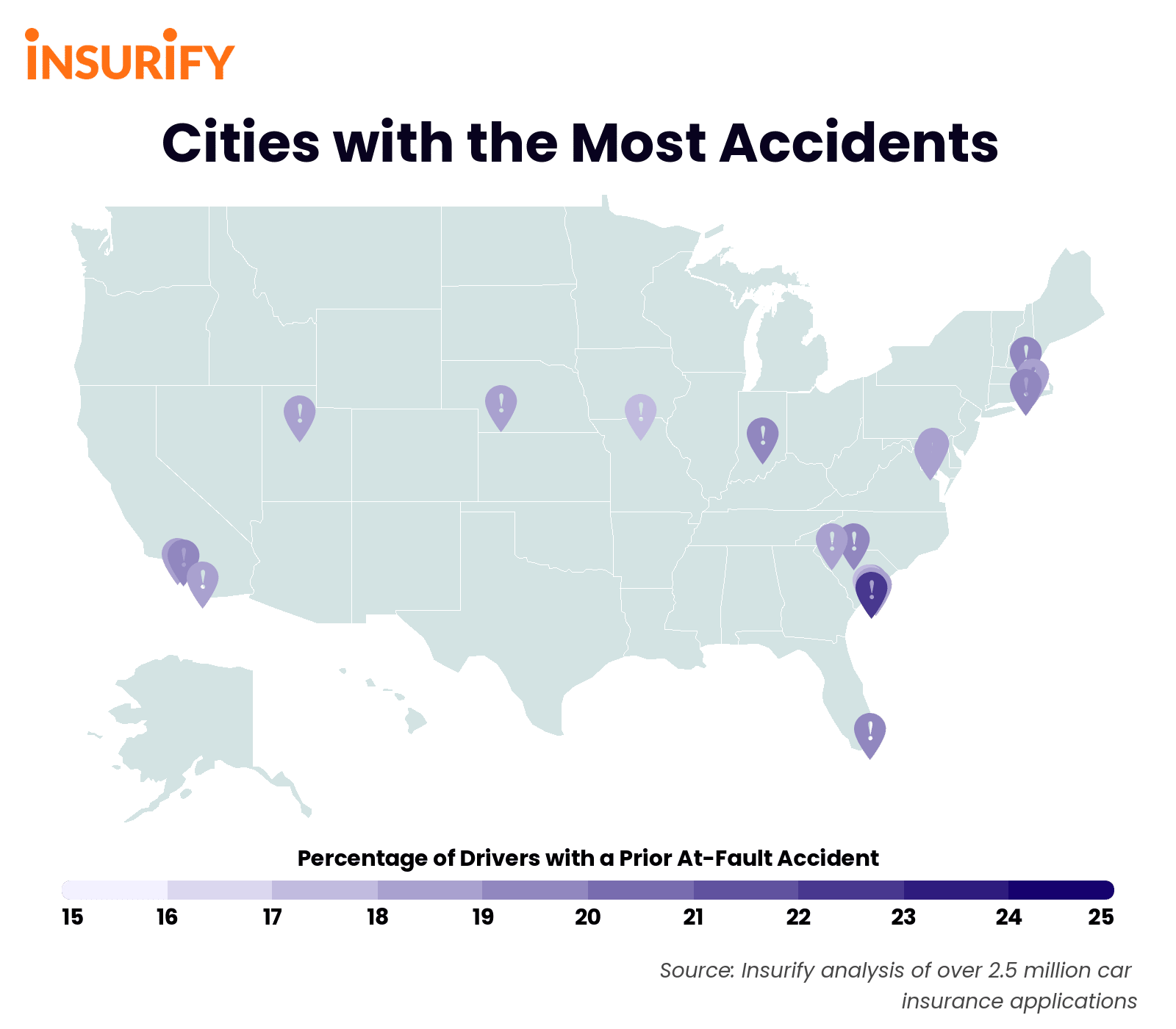 To determine the cities with the highest share of accident-prone drivers, the data science team at Insurify, a site to compare auto insurance rates, referred to their database of over 2.5 million insurance applications. Applicants disclose information regarding their driving record such as whether they have been found at-fault in an accident. For each city, Insurify’s data scientists calculated the proportion of drivers with one or more at-fault accidents on their record. The twenty cities with the highest proportion of those drivers were identified as the cities with the most accidents.

Relative driving levels for each city, compared to January 2020, were gathered from Apple Maps’ Covid Mobility Data as of November 13, 2020.

What city has the most car accidents in the US?

20 Cities with the Most Car Accidents

If you live in the Bluegrass State, check out this auto insurance comparison guide to find car insurance quotes in KY drivers can count on.

All you need to know about finding auto insurance in Utah so you can save hundreds of dollars annually on your premium.

Everything’s bigger in the Lone Star State, including savings on your auto insurance policy. Here are car insurance quotes in Texas residents can save big on.

All’s golden in the Golden State for drivers who comparison shop for car insurance. Car insurance quotes in California drivers can rely on are a click away.

Living in the Great Lakes State and looking for great rates on your auto insurance policy? Look no further for car insurance quotes in Michigan drivers will love.

Cheap auto insurance in GA drivers can count on is only a few clicks away.